Kosylo coup as Phil finally gets his man! 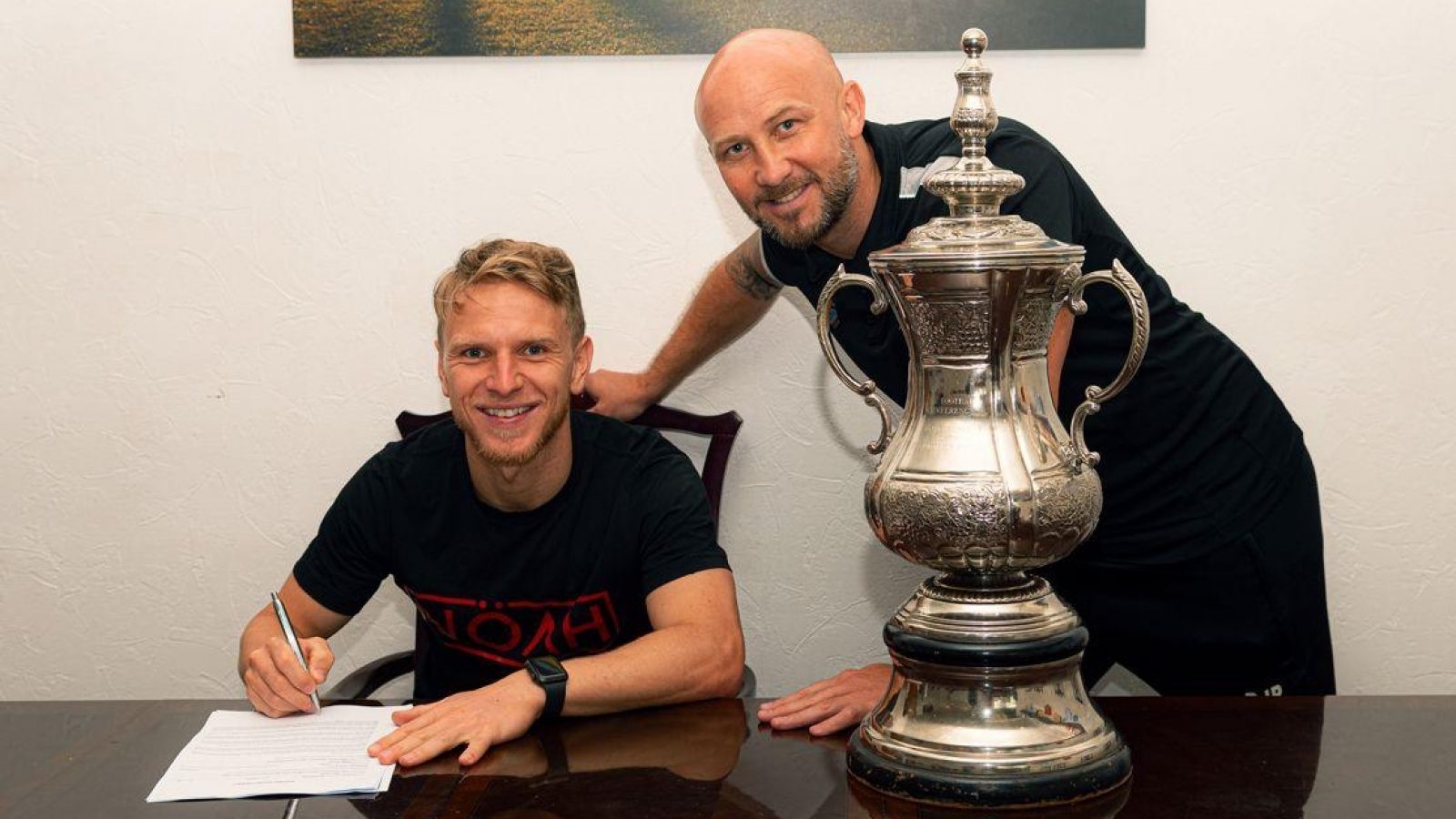 Phil Parkinson has significantly bolstered Altrincham's attacking options for their return to the Vanarama National League next season after snapping up exciting winger Matty Kosylo on a two-year contract.

The versatile wide midfielder wasted no time linking up again with Alty boss Parkinson after AFC Fylde decided to release him midway through a two-year deal he signed at Mill Farm last summer.

Aged 28 and widely regarded as one of non-League's most potent attackers during his time with FC Halifax Town, Kosylo's arrival at The J.Davidson Stadium represents the successful conclusion to a lengthy quest by Alty's manager to be reunited with a player he has always rated highly.

It is also the timeliest of signings, coming just a few days after free-scoring winger Elliott Durrell left the Robins for an opportunity of full-time football with National League rivals Wrexham.

After starting out at Stockport County, Kosylo had spells with Ashton United, Hyde and Vauxhall Motors before his career finally started to blossom under Parkinson at Nantwich.

He was named Evo-Stik Premier Division young player-of-the-season in 2015-16, as well as being included in the team of the year, and the campaign ended in eye-catching style as he threatened an FA Trophy upset with a virtuoso performance in both legs of the semi-final against eventual Wembley winners Halifax.

A constant thorn in Halifax's side and scorer of one of Nantwich's goals in the home leg, he carried the threat to their higher-placed opponents once more in the return at The Shay before their brave bid for a Wembley place was finally thwarted.

Halifax bosses had seen enough and made him their main transfer target that summer. It was a move that was to pay handsome dividends, as Kosylo became an instant crowd favourite with his explosive pace and ability to run defenders ragged, operating on either flank or even through the middle.

Over the course of the next three seasons, he contributed over 30 goals to the Halifax cause and was widely acknowledged as the main inspiration behind their return to the National League via the play-offs in 2017.

There were several clubs vying for his signature when he eventually chose full-time football with highly-ambitious AFC Fylde last summer, though the campaign didn't go as he or the club would have wanted.

That didn't deter Alty boss Parkinson reacting in an instant to his availability in the belief a partnership that was so successful at Nantwich can be rekindled with the Robins in the National League next season. Everyone at The J.Davidson Stadium trusts that will be the case and wishes Matty a happy and rewarding time as an Alty player.

*Watch out for an Alty TV interview with our latest acquisition, here on the official club website tomorrow.