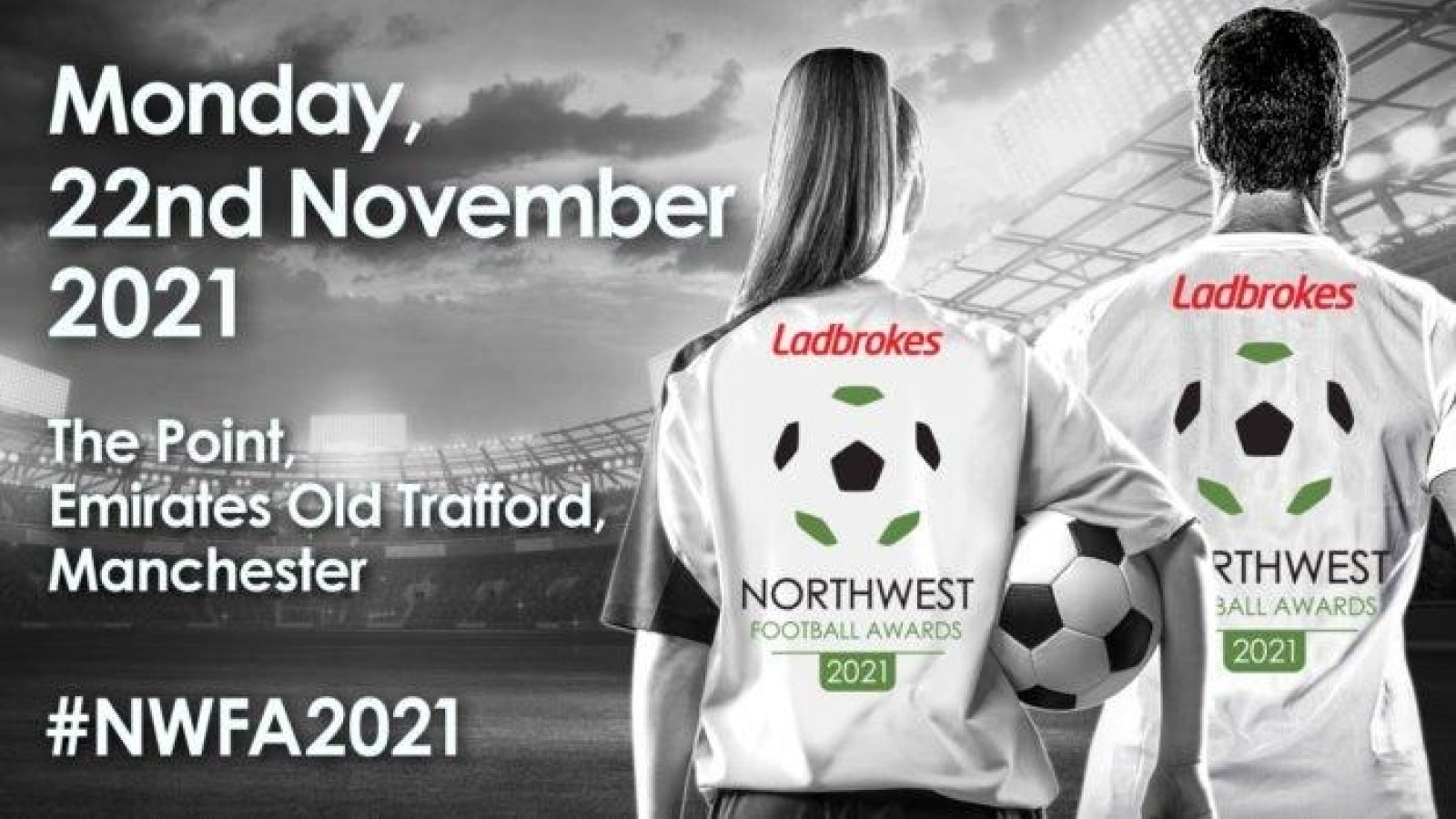 The nominations for the player of the season categories at the 2021 Ladbrokes Northwest Football Awards have been announced – and we are delighted to be able to share the exciting news with you that two Altrincham players are among the nominees.

Tony Thompson is in the running for National League Player of the Season, after his consistently stunning form between the posts, while Joel Senior is a contender in the Rising Star category after emerging as one of the best full-backs in the league.

No-one who followed Alty’s fortunes last season will be the least bit surprised to see those two names among the candidates for one of the prizes that are among the most prestigious in north-west sport.

But being nominated isn’t enough, is it? We want Tony and Joel to get their just desserts and have their sterling efforts duly rewarded with some richly-deserved silverware, and you can help make it happen by registering your vote below.

The Ladbrokes Northwest Football Awards (NWFA) 2021 will take place on Monday, 22nd November 2021 at The Point, Emirates Old Trafford, hosted by broadcaster Dan Walker, and will celebrate the Northwest region’s footballing elite, paying tribute to those from both on and off the pitch, who have excelled in the 2020/21 season and voting for the Players of the season is open now for:

You Vote for Tony Thompson and Joel Senior here