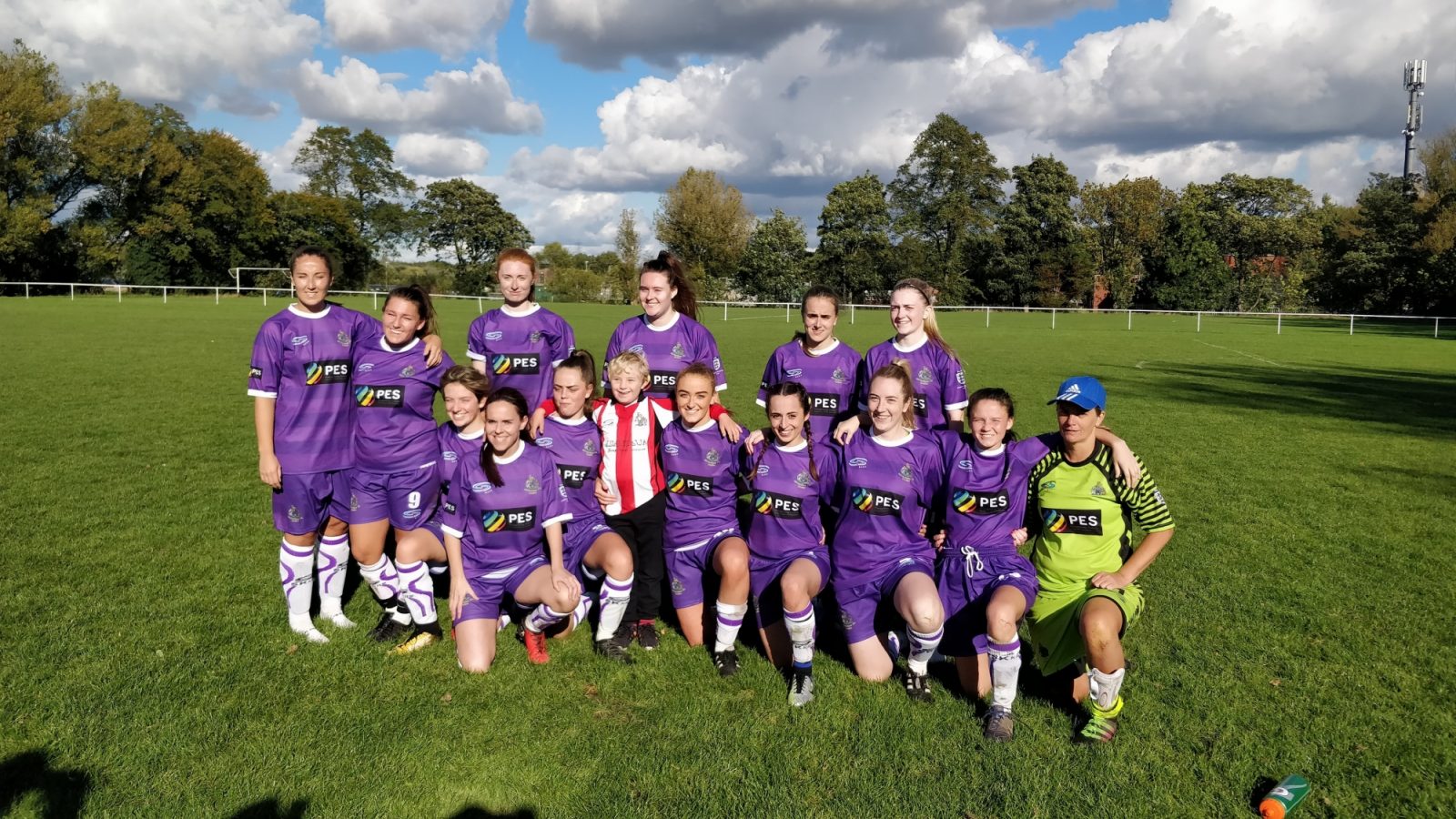 The Ladies winning run came to an abrupt end on Sunday when the visit to Stockport County Blues ended in a disappointing defeat.

It was never going to be an easy match on the small pitch at Stockport Sports Village, as the hosts exploited their strengths in the air with long balls up top. It was Altrincham that was in control of possession for most parts of the match, but they never managed to play the way they wanted.

Altrincham created a couple chances in the opening ten minutes, with a shot from Jade Hesketh pushed away for a corner kick by the goalkeeper, and a header from Laura Kelly that also forced the keeper into action.

On 15 minutes, it was Stockport County Blues that managed to break the deadlock from a corner. It was crossed in from the left side, and from six yards a Blues player headed home before running off in celebration.

After the goal, the heads of the Altrincham players dropped a little and they were unable to reply in the way we have seen them do at previous times this season when going a goal behind.

Laura Kelly managed to get a chance one-on-one with the Stockport County Blues goalkeeper ten minutes after falling behind, after being played through by Paul. She got a shot off with her right foot, but it did not create any trouble for the host’s goalkeeper.

Just before half-time, Shannon Billington received the ball on the edge of the penalty box and tried to curl the ball into the top corner, but the shot went just wide of the post.

There was still time however for Stockport to double their advantage. A ball was played through the Altrincham defence and ended up with a Stockport striker. With only Alty keeper Paula Alarcon-Conde to beat, she made no mistake and calmly placed it in the bottom corner.

The second half started almost the same way as the first one, with Altrincham enjoying plenty of possession and Stockport ready to counter attack. On the hour mark, Altrincham created their first big chance of the second half from a corner. After a little scramble the ball ended up with Bliss Molyneaux who, from six yards, under a lot of pressure from a Stockport defender, blasted the ball over the crossbar.

Megan Rowley came off the bench to provide a spark and she created a couple chances in the final 20 minutes. She received the ball on the right flank and took a touch before firing it narrowly wide of the goal. Her second chance was almost a carbon copy of that, but this time the shot went wide of the other post a couple minutes later as she looked to lift the team.

On 77 minutes, Rowley was played free once again, and this time managed to find Hesketh with a neat pass, but the goalkeeper was alert yet again and managed to stop Hesketh on her way through.

Six minutes later, when Altrincham were pushing players forward in search for a lifeline, Stockport hit them on a counter attack. Their striker was played clean through with Alarcon-Conde, and had no trouble scoring Stockport’s third goal of the afternoon to make the final result 3-0.

Altrincham never managed to impose their style on the game against Stockport, and the hosts took advantage of that. The Lady Robins still sit on top of the league though, and just need to learn from this match, forget the result and go again this coming Sunday when they host Warrington Wolverines at Mersey Valley.