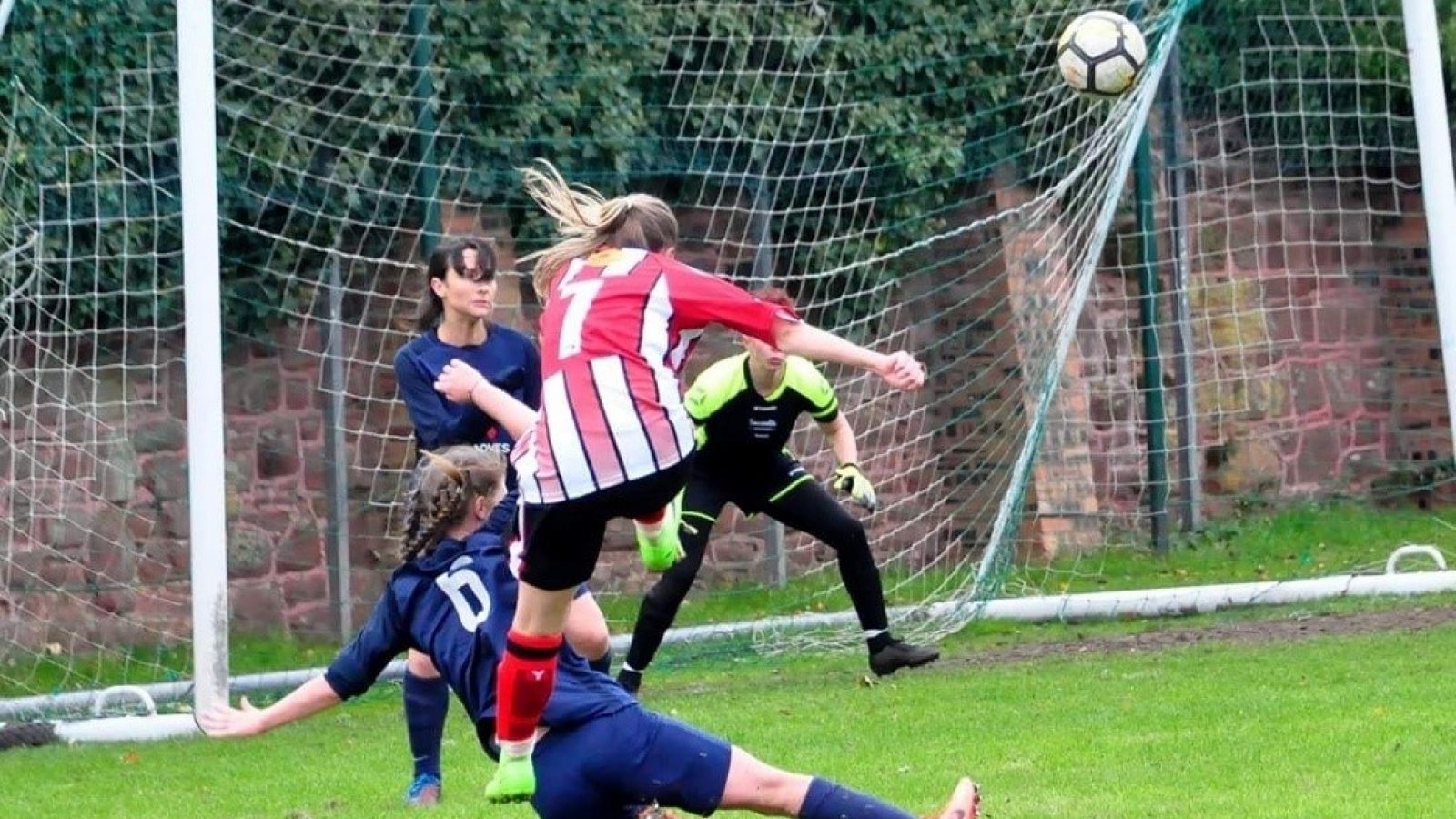 In their first match on the road this season, Altrincham FC Ladies kept their winning streak alive, after what was a hard-fought battle with Liverpool Feds Reserves.

The match started off with end-to-end action, as both teams wanted to take control of the game. With less than a minute on the clock, a Liverpool Feds Reserves player came through one-on-one with Paula Alarcon-Conde, but a good save from the Altrincham goalkeeper denied Feds a dream start to the match. The Feds came close again minutes later when a scramble in the Altrincham box ended in a Feds player getting a shot off from close range, but another great save from Alarcon-Conde helped Altrincham stay on level terms with the hosts.

It was Altrincham however who broke the deadlock through a beautiful goal from Jess Hartopp after 17 minutes. She received the ball on the left-hand side and rounded two players brilliantly before curling the ball into the top corner to make it 0-1 to Altrincham.

Five minutes later Altrincham were close to doubling their lead, when Debbie Price found Hartopp with a cross. She fired the ball at goal, but a good save from the Feds goalie denied her a brace.

After this little scare, Liverpool Feds Reserves responded well and managed to put the Altrincham players under with a high press and created some chances through counter attacks, but they were unable to equalise. After half an hour they might have been lucky to still have 11 players on the field, as one of their players stepped on Laura Dodds’ face. The Feds player was only shown a yellow card and Dodds were unable to continue the match.

Before half-time, Altrincham created another good chance, as Price found Shannon Billington with a cross. Billington passed the ball on to Jade Hesketh, who turned nicely before forcing the hosts’ goalkeeper to make another great save. Both teams could have scored more goals, but at half-time the score was deservedly 0-1 to Altrincham.

In the second half, Altrincham dropped back a little, trying to defend their one-goal lead. This helped Liverpool Feds Reserves gain some possession, but good defending from Altrincham kept the chances to a minimum throughout the second half. The hosts did however create a chance right after half-time, when Alarcon-Conde misread a ball. The ball ended up in the feet of a Liverpool Feds Reserves player, but her effort went just wide.

When they struggled to create chances through open play, Feds began to rely more and more on set-pieces. Ten minutes after the break they were awarded a free-kick on the edge of the box. The shot was almost perfectly placed, but ended up rattling the crossbar before being cleared away.

Altrincham kept on defending well, and tried to take their chances on counter-attacks like the Feds did in the first half. On 66 minutes one of these chances came. Jess Hartopp received the ball on the left-hand side, and crossed it perfectly for Shannon Billington. She managed to chest it down for herself under a lot of pressure from a Liverpool Feds Reserves player, turned the defender away and rifled the ball into the net, past the goalkeeper that could only watch the ball go in to make it 0-2.

Feds kept on pushing for a goal, while Altrincham continued defending well. Alty looked comfortable and likely to take all three points as well as a clean sheet with them back home, but on 89 minutes Feds pulled one goal back to create some tension to the final minutes of the match. The ball was played neatly through to one of the Feds players who, alone with Alarcon-Conde, made no mistake and hammered the ball in to make it 1-2.

But that was too little, too late for the hosts, as Altrincham managed to ride off the pressure put on them during the five minutes of stoppage time, to make it four wins in four games this season for the Robins. It was a tight game, but Altrincham’s team spirit, good defending and two beautiful goals was enough to keep the run going.