'Legend' Ringo bows out with an accolade from the boss! 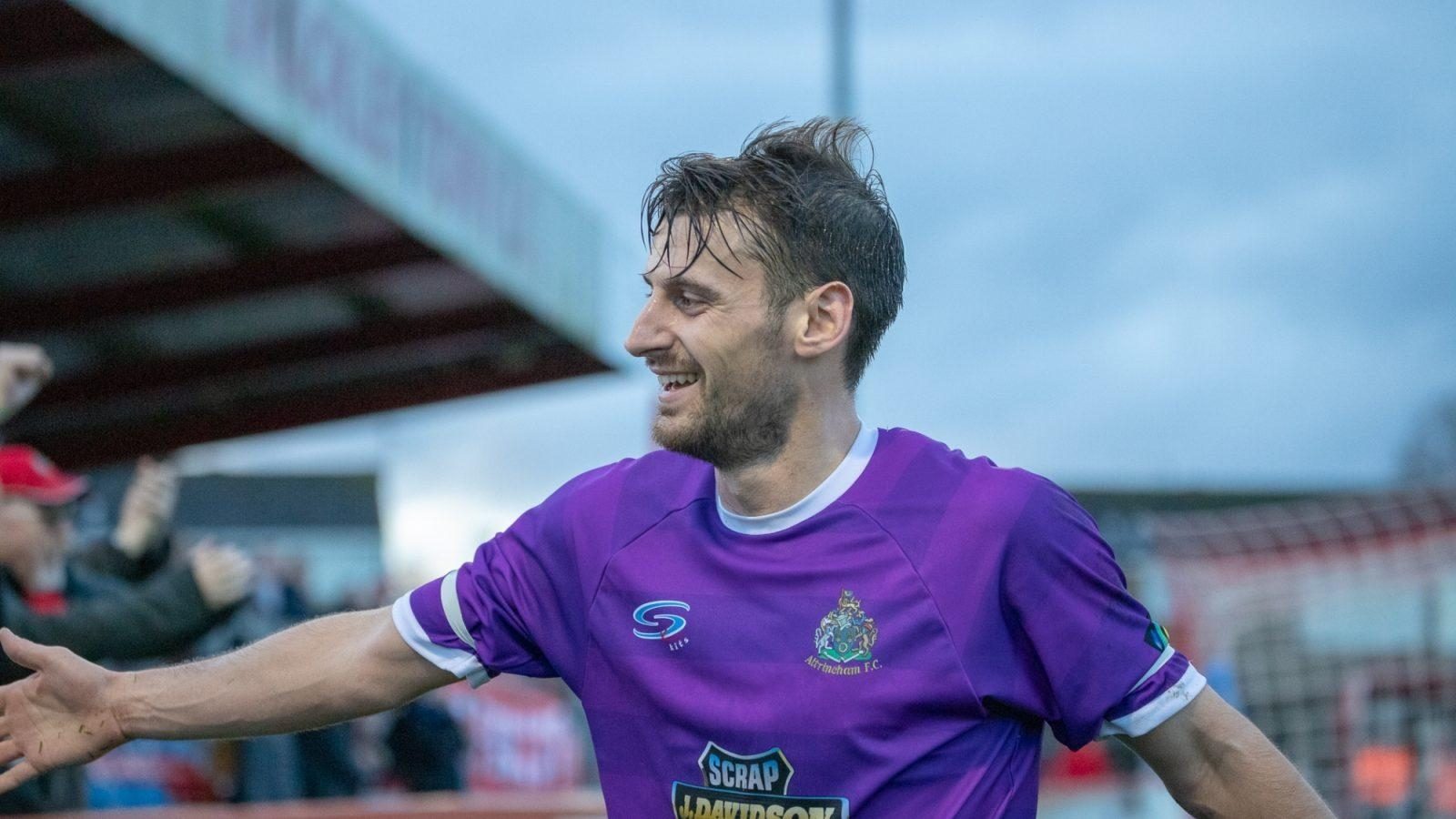 An era has come to an end at Altrincham with the news that Simon Richman is leaving the club after 10 years' sterling service.

Signed by Lee Sinnott from Worcester City in June, 2011, the versatile 31-year old has filled a wide variety of roles - all of them with distinction - in an Alty career that has brought him many highs as well as one or two lows.

He suffered along with everyone else of an Alty persuasion when two successive relegations left the Robins floundering in the Evo-Stik Northern Premier League, prior to Phil Parkinson and Neil Sorvel taking over in April, 2017.

But those dark days are far outweighed by the golden memory of featuring prominently in that unforgettable May afternoon in 2014, when Greg Wilkinson's last-minute winner secured a place in the National League at Guiseley's expense, and contributing significantly to the Parkinson era hitting the ground running with two promotions in three seasons.

Throughout it all, he maintained a level of consistency and reliability that is reflected in a record of 368 appearances and 24 goals in Alty colours.

A hugely-popular figure with team-mates and fans alike, the combative midfielder - known as Ringo to all and sundry - leaves The J.Davidson Stadium at the end of this month and does so with a glowing endorsement from his manager ringing in his ears.

'Simon has been a fantastic servant for this club, but sometimes decisions have to be taken and often they are difficult ones at this time of year,' said Alty boss Phil. 'This one was as tough as they come.

'Through the course of well over 350 appearances in Alty colours, Ringo built up a reputation for reliability, commitment and, of course, phenomenal energy levels, and those qualities contributed greatly to the success story that has unfolded during the first couple of seasons of my time here.

'He is a dependable player, and I knew that whatever job I asked him to do in whatever position, he would give it his all and deliver for the team. I always appreciated that, as did his team-mates, and I am immensely grateful for everything he has done for the club over so many seasons well beyond my time. He is a true Alty legend.

'I know he's a popular figure with fans, and rightly so, but time moves on and, as manager, I have to plan for the future and make difficult calls to try and move the club forward. Without doubt, this was tougher than most, but Ringo moves on with the best wishes of everyone here, and I certainly hope it's not the last we'll see of him - he knows he's welcome back at Alty anytime he likes.'

A return to The J.Davidson Stadium could be on the horizon fairly soon, with Ringo expected to attend Shaun Densmore's testimonial, details of which will hopefully be announced shortly.

In the meantime, everyone at the club would like to thank one of the great Alty servants of recent times for everything he has done and wish him all the best for the future.