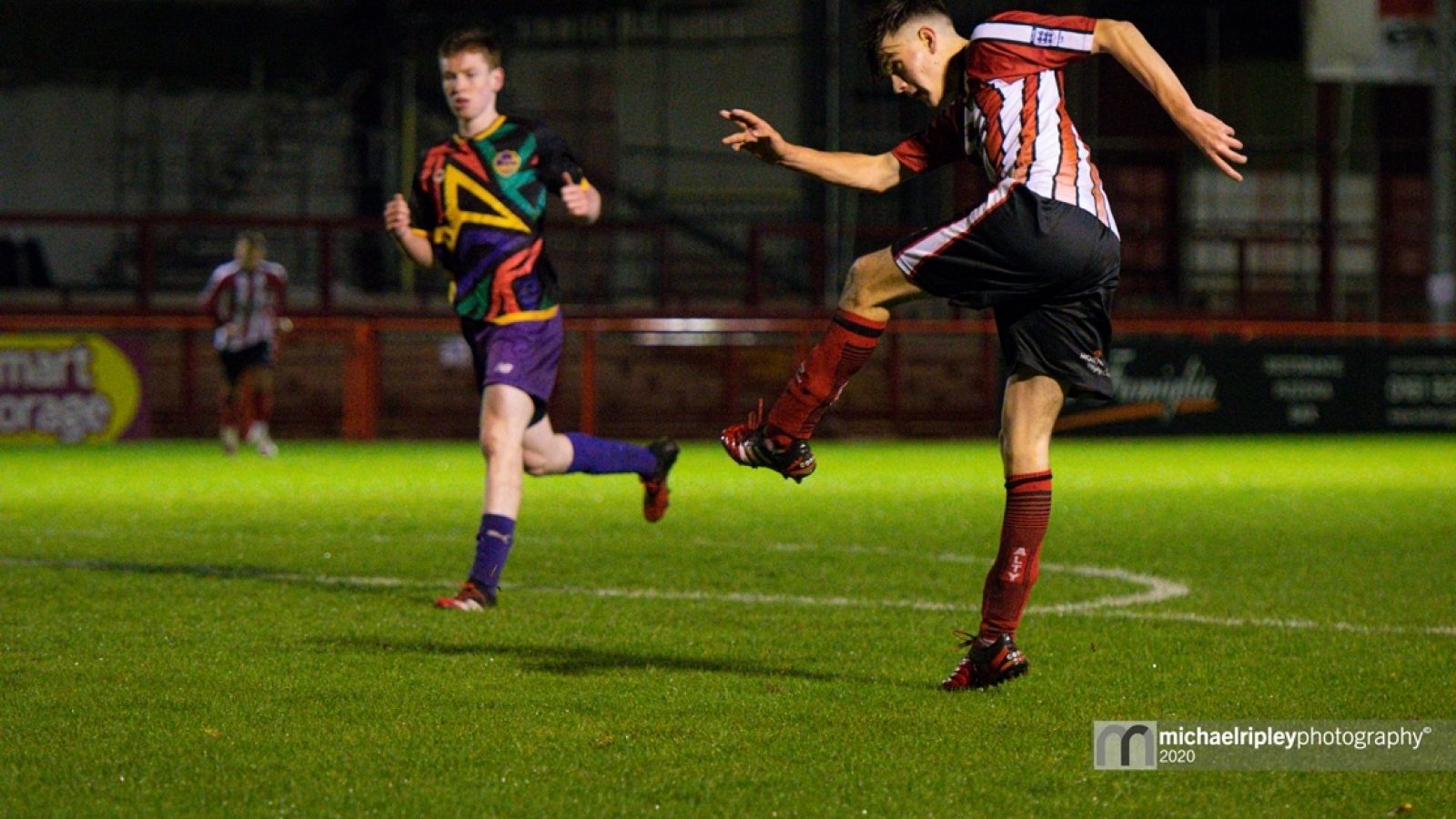 Altrincham Reserves continued their excellent start to the calendar year with another highly-encouraging performance that yielded a thoroughly-deserved win over one of the Cheshire Premier League's top teams, as in-form AFC Knowsley were swept aside 2-0 at the weekend.

Alty went into the game on the back of two straight victories but knew they had their work cut out making it three in a row as they headed to Merseyside to face high-riding Knowsley.

But they soon showed they were up to the challenge, as they went ahead early on and sealed the points with a penalty three minutes from time.

In what was an outstanding all-round team performance, the win was a personal triumph for Lewis Billingsley, who made it five goals and three assists in the last three games by striking twice for the young Robins.

In a team selection that bodes well for the club's hopes of seeing homegrown talent rise through the ranks to senior level, Alty's 16-man squad contained no fewer than 14 players who have progressed through the youth system at The J.Davidson Stadium.

What a test against one of the strongest teams in the league, but they soon began to impose themselves as, after a scrappy start to the game, great work from Ryan Morton gave Billingsley the chance to open the scoring with a 12th-minute finish.

Alty had to stand firm as Knowsley pressed for an equaliser, but the home side were contained to such a degree that keeper Ryan Forde had nothing more than a few comfortable saves to trouble him, leading up to half-time.

Indeed, it was far from a case of Alty's youngsters simply trying to protect what they had, and there were moments when the lead could have been doubled, as Amaar Hussein and Raheem Mercurius both went close for the visitors before half time.

Buoyed by such a confidence-boosting first-half display, the Robins stepped it up in the second 45 minutes and controlled the game for the most part, with some excellent possession on an increasingly difficult surface.

Scott Johnston was instrumental in midfield, and it was from his pass that Loui Morrison burst into the box in the 87th minute, as Alty sought to finish off their vaunted opponents.

A foul challenge was the only way of stopping Morrison's surging run, and when the referee pointed to the spot, Billingsley stepped forward to convert the penalty and complete a memorable afternoon for the Alty boys.

“Every single player in the squad today was excellent, and they had to be to get anything against a good side in Knowsley," said Alty Reserves manager Ross Speight. "The average age of the team was 17, and they showed great maturity at times.

"The lads produced a bit of everything - quality on the ball, patience in possession and, most importantly, solid defensively as a team. Myself and the coaching staff were immensely proud of the lads today.”

The Reserves will be hoping to continue their impressive form when they host Knutsford at Egerton Youth Club this coming Saturday, kick-off 2pm.