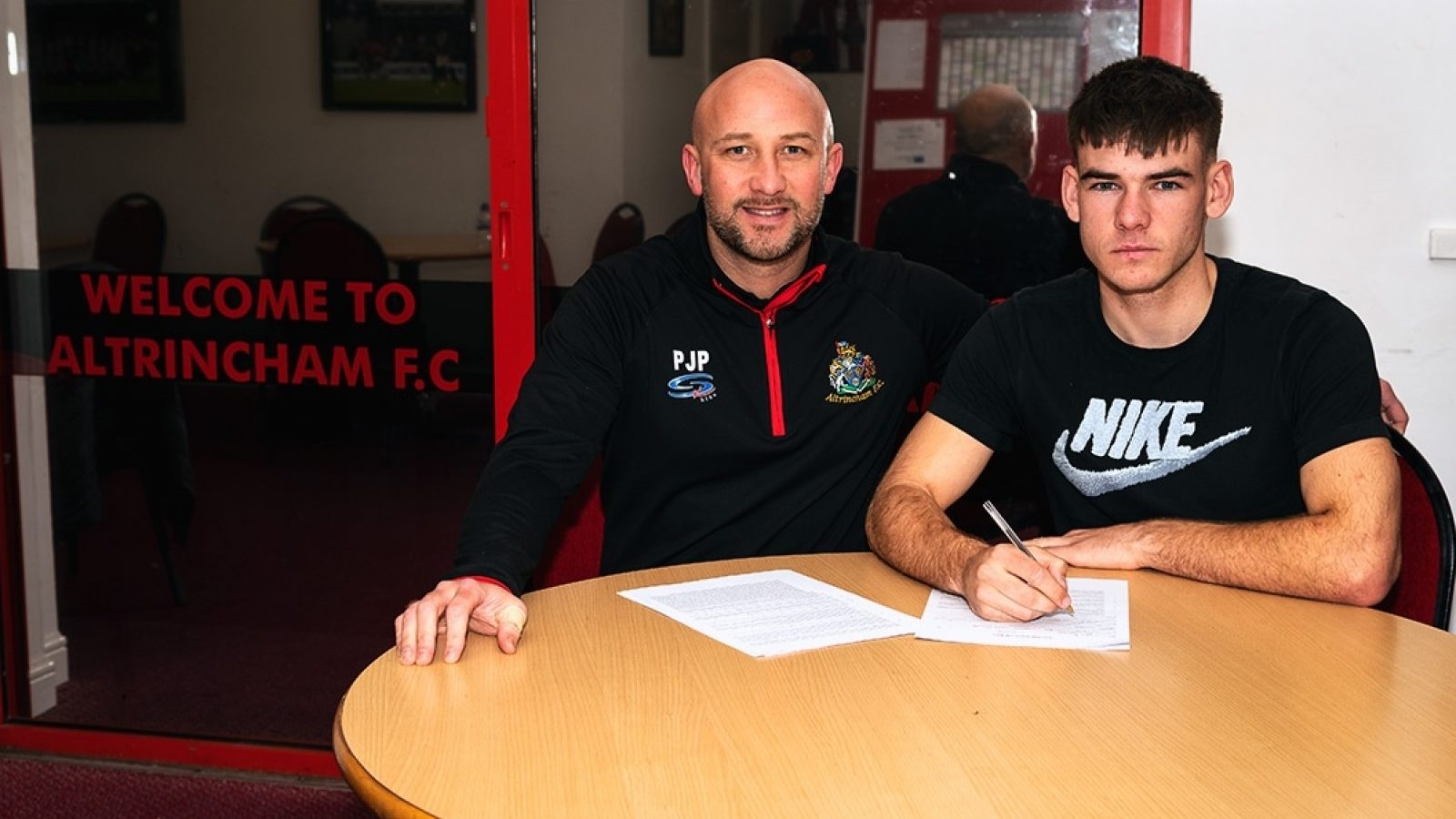 Salmon, who celebrated his 18th birthday on Saturday has been on dual registration with Trafford & has already scored 10 goals this season, making him the joint leading scorer in the BetVictor Northern Premier League North West Division.

The teenage striker will return to Trafford on loan & you can hear how delighted Phil Parkinson is to have signed Lewis on contract in an interview that will be available on the website later today (Wednesday).

Lewis spoke with Brian Flynn, shortly after signing his contract on Tuesday night & you can hear the interview below.