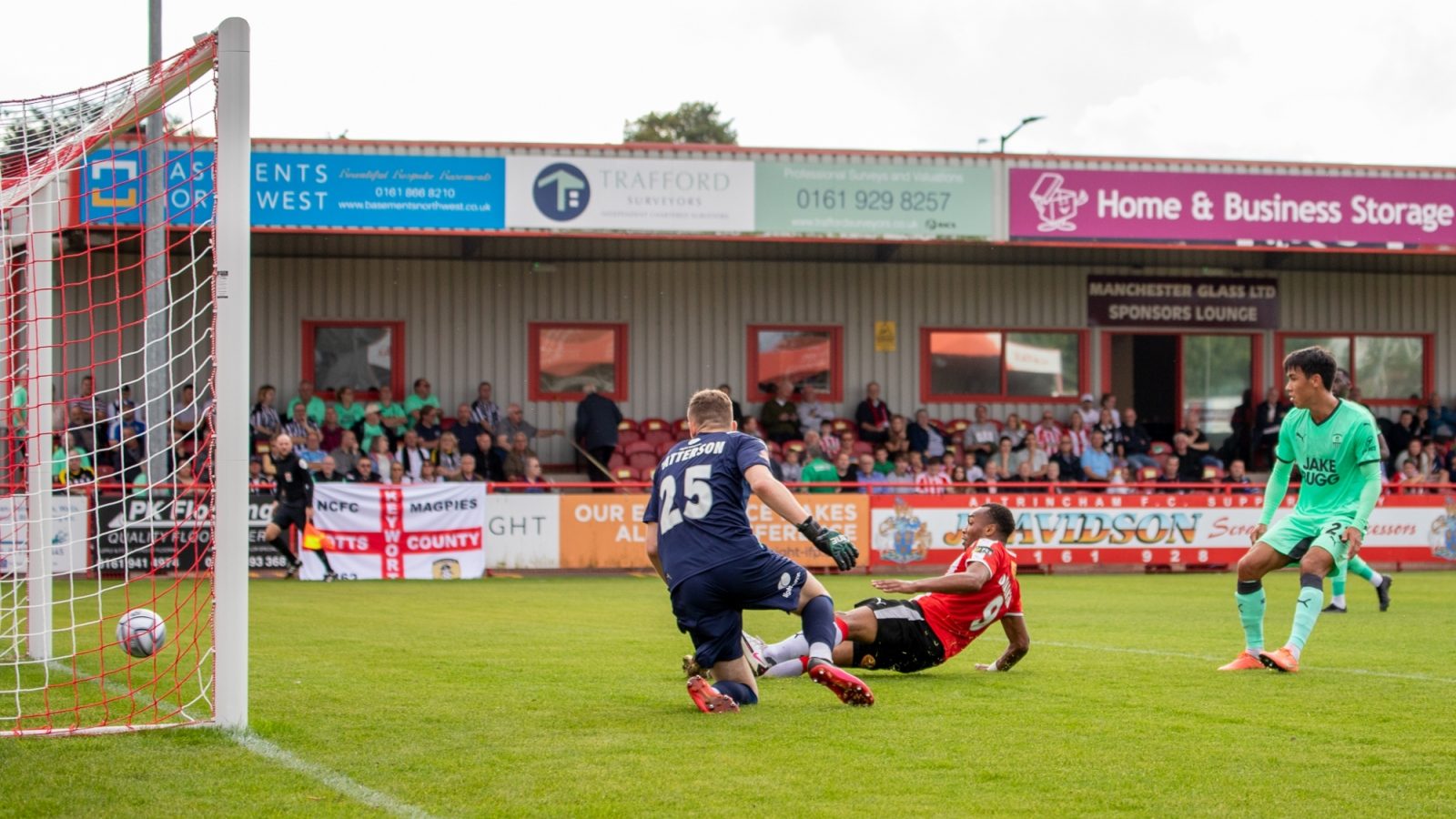 Marcus Dinanga scores the only goal of the game as Alty beat Notts County 1-0 in The National League in September.

Alty striker Marcus Dinanga, has joined Dartford on loan until the end of the season.

The 24 year old striker was recalled yesterday from his loan at Kidderminster Harriers and has immediately gone on loan to the Darts, who are managed by Steve King, who numbers Macclesfield Town & Northwich Victoria amongst his previous clubs.

Marcus has joined the Kent side in time to play in tonight's important National League South fixture at home to Ebbsfleet United. Victory would allow 5th place Dartford to leapfrog their county rivals and could move King's side above Oxford City, who are currently third.

Hopefully, the Robins striker will get more game time than he has enjoyed at Kidderminster and will finish the season on a high.

Enjoy 20% off all purchases at AltyDirect.com using the code FEB48 at the checkout.