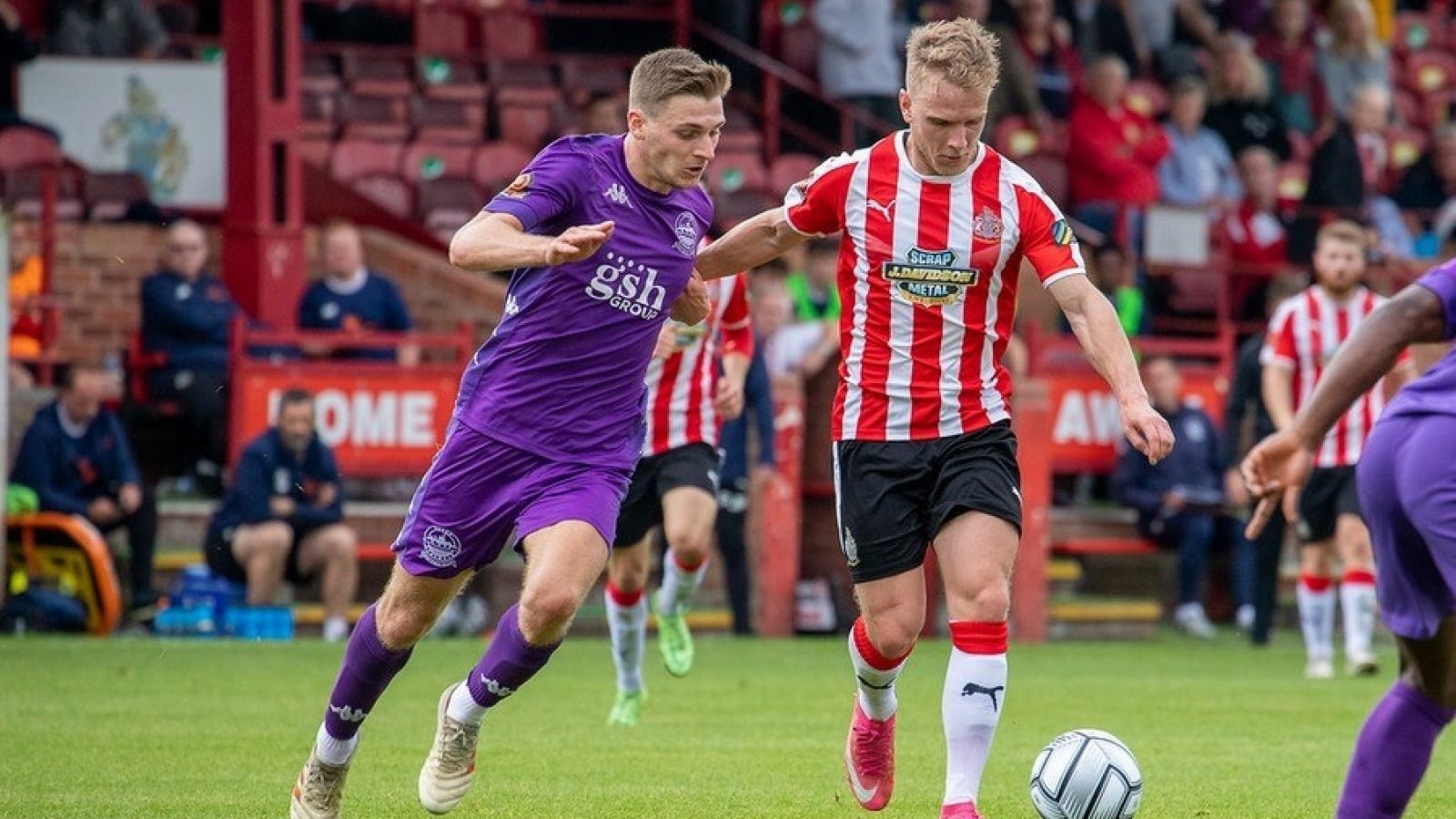 The Robins will be looking for their first away win in five on Saturday when they travel south to face already relegated Dover Athletic.

Following a heavy loss to title-chasers Wrexham on Easter Monday, Altrincham responded in impressive fashion last weekend, picking up a 4-2 win against Wealdstone at The J. Davidson Stadium.

Phil Parkinson’s side opened the scoring in the eighth minute through Matty Kosylo, who turned Ryan Colclough’s cross home from close range.

Kosylo had his second goal of the game straight after the break when his long-range effort was fumbled into the goal by Wealdstone ‘keeper George Wickens.

Altrincham were well out of sight by the 52nd minute as Isaac Marriott's ferocious 25-yard strike found the back of the net; his first goal for the Robins.

The home side had their fourth just 11 minutes into the second half when Josh Hancock latched onto a defensive mistake before slipping in Dan Mooney who finished well.

Wealdstone pulled one back with just under 20 minutes to play when Charlie Cooper dispatched from close range, before Josh Umerah reduced the lead to two moments later.

But it was all too little too late for the visitors as Alty comfortably saw out the rest of the game to maintain their impressive run of form at home.

Following that result, the Robins remained 15th in the Vanarama National League table, 50 points ahead of Dover Athletic in 23rd, having played one less game than The Whites.

This will be the second meeting between the sides this season, with Alty coming back from a 2-1 deficit to win 3-2 at The J. Davidson Stadium back in September.

Dover started on the front foot and took the lead after 10 minutes when Aaron Cosgrave set up Koby Arthur for a left-foot finish past Tony Thompson.

Dan Mooney provided the leveller for Alty in the 21st minute, turning Joel Senior’s cross home past the Dover shot-stopper from the tightest angles.

That visitor’s lead was restored when, out of the blue and against the run of play, Aaron Cosgrave took aim in the 57th minute and unleashed an unstoppable shot into the top corner.

Back came Alty and in the 71st minute, substitute A-Jay Leitch-Smith scored his first goal for the Robins, control the ball just inside the penalty area before firing home.

And the comeback was complete with six minutes left to play when Ryan Colclough converted from the penalty spot, after being brought down by a despairing lunge by defender Danny Collinge.

What a difficult season it has been for Dover Athletic Football Club. Having not completed the 20/21 Vanarama National League campaign due to the cost of playing behind closed doors, The Whites were handed a mammoth points deduction, almost guaranteeing their relegation before the current season had even started.

Such were their struggles this season, it took them until late January to pick up their first win; a 1-0 victory on home soil against Eastleigh. However, since suffering relegation, Dover have begun to show that there is talent in that side and that they can cause other teams a host of problems.

At this stage of the season, they currently sit on zero points, but having started out with a far greater disadvantage, that can be seen as a victory of sorts. Ultimately, they will be keen to finish the season as strongly as possible and build a base from which they can grow in the NL South.

Our hosts were founded as recently as 1983, following the collapse of Dover FC, and are based at the Crabble Athletic Ground. Having started out in the Southern League Southern Division, the Whites have been steadily climbing the non-League pyramid. However, having reached the top flight of non-League football, they have yet to progress any further.

While this current season will no doubt go down as a bitter disappointment, there is some hope that the club can be competitive next season. Their use of the loan market has been impressive, bringing in the likes of Alfie Pavey, Michael Gyasi, Henry Woods, and Harry Ransom in from Maidstone United, King’s Lynn Town, Gillingham, and Crawley Town respectively.

In their last match at home against Notts County, the visitors produced a second-half blitz to strengthen their grip on a National League play-off place with a 3-0 victory.

Keeper Alexis Andre had twice denied Callum Roberts with early saves to frustrate the visitors, who ended the first half very much in charge, but without the breakthrough they craved.

However, Dover's task became even tougher within three minutes of the restart when defender Myles Judd was sent off for a second bookable offence after bringing down Aaron Nemane.

They survived a scare when Ruben Rodrigues' 57th-minute shot was deflected just wide, but the respite proved temporary as Ed Francis' cross-shot found the net on the hour before Roberts struck with seven minutes remaining.

Rodrigues completed the job in injury time with a defected free-kick to take the Magpies into fifth place with four games to play.

You can watch the highlights of that game by following the link below.

Dover are managed by Andy Hessenthaler, who took charge at The Crabble Stadium in October, 2018 following the sacking of Chris Kinnear, who had spent the previous five years at the club.

A combative midfielder on the pitch for the likes of Watford, Gillingham, and Barnet, Hessenthaler had great success as Athletic’s player-boss between 2007 and 2010, winning back-to-back promotions to take Dover from the Ryman South Division to the Conference South.

And after ending the 2009/10 season as runners-up in the second tier of non-League, Hessenthaler returned to Gillingham as boss for two campaigns, steering the Gills to two consecutive eighth-place finishes in League Two.

A third stint at Gillingham followed two seasons later, this time as assistant boss, and he held a similar role at Leyton Orient the following year, before being made manager at Brisbane Road in 2016.

Dismissed by the O’s later that same year, it wasn’t long before Hessenthaler was back in football, joining Eastleigh before the start of the 2017/18 season, initially as assistant-manager, before taking over from Richard Hill as boss just eight months after joining the club.

Hessenthaler left the Spitfires 15 games into the 2018/19 campaign for a Dover side second-bottom of the National League on seven points. Athletic were not in the relegation zone for long as Hessenthaler successfully steered them to safety with three games to spare, as Dover finished the 2018/19 season in 13th place on 60 points.

A win for Altrincham on Saturday afternoon could move the club above Woking into 14th in the Vanarama National League table. A win for Dover Athletic would not affect their overall league position, with the Whites already relegated and unable to climb any higher than 23rd.

Dover Athletic manager Andy Hessenthaler spoke after his side lost 3-0 to Notts County.

There will be no live Radio Robins coverage from The Crabble Athletic Ground on Saturday. This is due to Dover Athletic not permitting us to broadcast from the ground, due to an existing deal they have in place with the BBC.