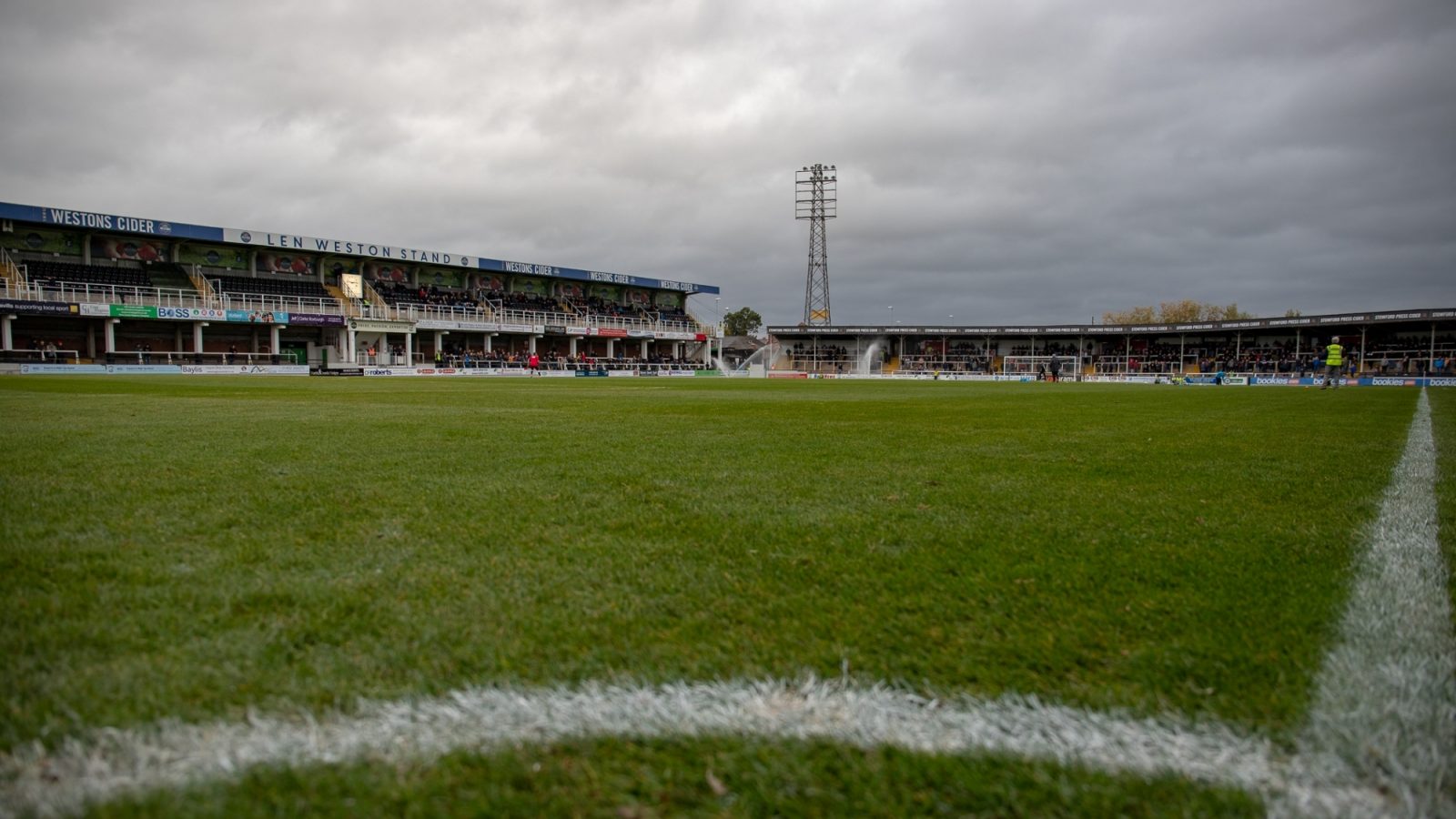 Hereford FC have advised us this morning (Saturday) that the pitch is in good condition & today's game is ON.

Altrincham make the journey down to Herefordshire today bidding to build on the 3-0 victory they gained at Blyth Spartans a fortnight ago.

Hereford are somewhat of a draw specialist with four stalemates in their last five league games. Funnily enough, all four have come at home:

With Alty's 2018/19 visit ending 1-1 following a late Josh Hancock equaliser, you could be forgiven for thinking that tomorrow's encounter will suffer a similar fate; but the Robins will no doubt be buoyed on by their victory at Croft Park, a ground where they have historically found things dificult.

Josh Hancock was in the goals once more, opening the scoring midway through the first half before Elliott Durrell, again from the bench, extended the Alty lead with his first involvement. just 10 seconds after replacing Craig Mahon.

Alty should come into this game refreshed following last Saturday's home postponement, where they were due to play league leaders King's Lynn Town. No rearranged date has been announced for this fixture just yet.

The two sides have met once already this season with Alty running out very comfortable 5-1 victors.

This is the business end of the season now and with the red hot form of teams around the Robins, particularly Spennymoor Town and Gateshead, Phil Parkinson will be keen to come away from this one with three extremely valuable points in the hunt for play off football.

The following information has been supplied to us courtesy of Hereford FC:

Away supporters are to be placed in Block E of the Len Weston Stand and the terrace underneath with associated catering and toilet facilities in easy reach. Further capacity can be made available for larger contingents. Away supporters are welcome in our bars around the ground prior to the game.

We operate cashless ticket only turnstiles so tickets must be purchased from the Matchday Ticket Office before attempting to enter the ground. Supporters using wheelchairs need to book into our dedicated spacing at the earliest possible opportunity by calling the Club Office (01432 268257), as the area is often full for games, and the away section is not suitable for wheelchairs due to uneven ground, steps, and the height of the perimeter wall.

Parking for supporters is available in the Merton Meadow Car Park adjoining the ground at £1 per hour, or £1.50 for the evening after 6pm. This includes Blue Badge parking as the Club does not have the facilities for disabled parking onsite. Additional car parking is available in a number of other nearby car parks however there is very little on-street parking with most roads having timed or residents restrictions.

Tickets for most matches can be purchased in advance from our website. Seated tickets are for specific seats and therefore must be occupied as purchased to avoid disputes with other supporters.

NOTE: The safety certificate at Edgar Street requires supporters to be segregated and forbids both the consumption of alcohol in the stands and the smoking of cigarettes or e-cigarettes. Alcohol is only for consumption within the designated bar areas. There is no bar facility for away supporters during half time.

We hope you enjoy your visit to Edgar Street. Should you have any questions or queries please do not hesitate to ask.

Tickets can be purchased in advance, online, by clicking here.

a) By visiting our MatchCentre