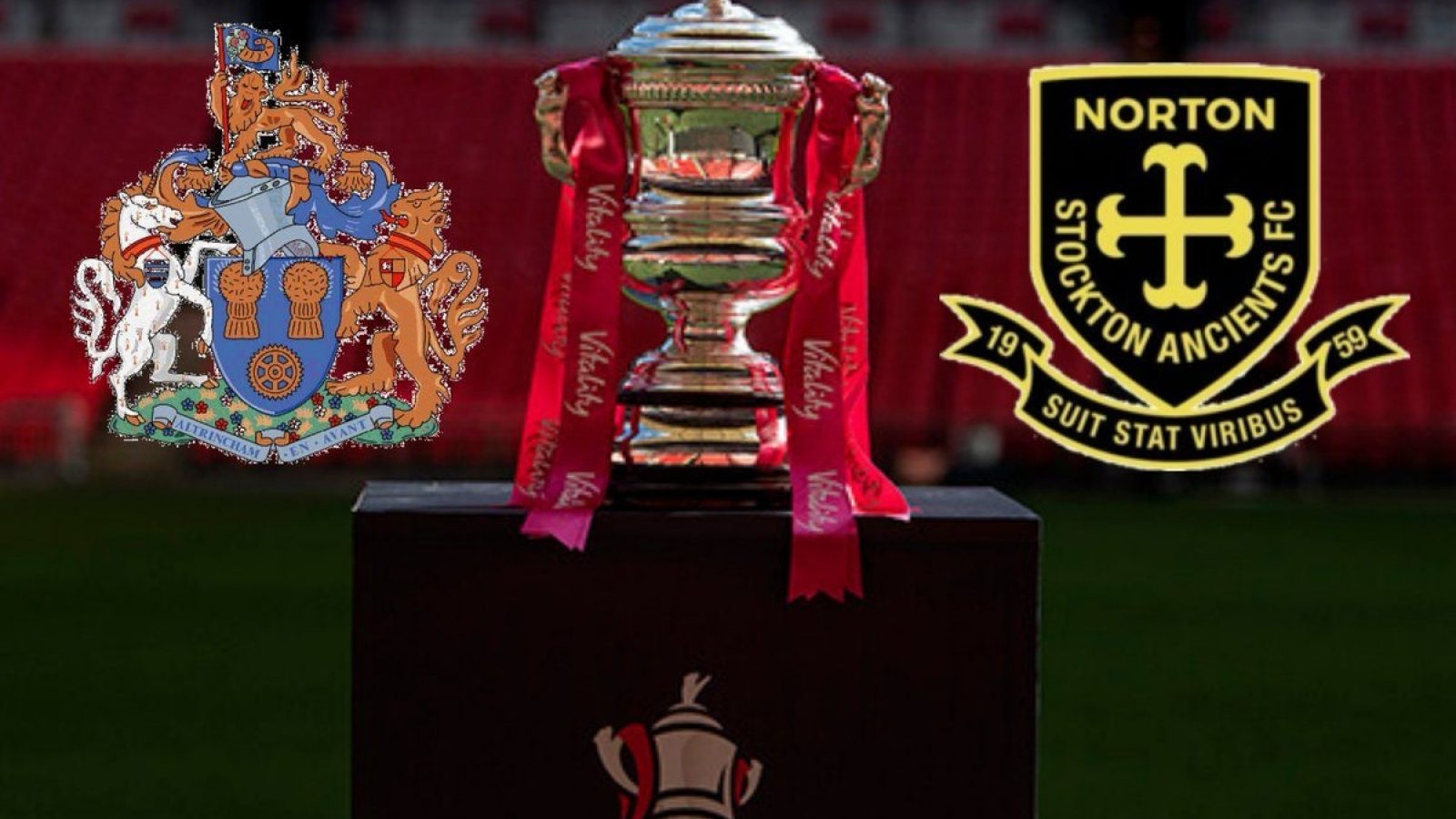 Altrincham Women’s FA Cup adventure came to an end at the Third Qualifying round stage with a comprehensive defeat at the hands of a highly impressive Norton & Stockton Ancients side, who left no-one in any doubt of their superiority with a clinical performance, which could have resulted in an even larger margin but for some heroic goalkeeping and defending from an Altrincham team which never gave up but could not really compete with their superior opponents.

Ancients, who play 2 divisions above Altrincham in The National League Division One North, which includes Leeds United & Newcastle United, stamped their authority on the game with two goals in the first 12 minutes. Sharon Reed netted the first after good work from the hugely impressive Bianca Owens before Ashleigh Coyle’s cross turned into a highly effective shot, flying straight into Katie Stanton’s goal. Some good saves from Stanton and strong defending from Bliss Molyneaux and Amy Hopkinson then kept Ancients out until the 34th minute, but the traffic was so one-way that further goals seemed inevitable, and Owens provided two of them before the half-time whistle, the first in particular capping a superb move involving Reed and Patrick (whose corners were a constant threat).

Two substitutions at half-time led to a somewhat improved Altrincham performance in the second half, with substitute Brogan Walsh in particular working hard, and picking up a yellow card in the process. However, on 53 minutes Owens completed a genuine hat-trick with a neat chipped finish, and the Ancients’ star then turned provider as she set up Reed for her second on 62 minutes. Stanton continued to defy the Ancients, particularly Sacha Millward, until the winger finally found the net with a clever chipped finish a minute after having a goal disallowed for a marginal offside.

Sadly the game came to a most unfortunate and uncharacteristic end, with Victoria Burton red carded for what looked a poor challenge on Walsh, who was carried off with what looked a serious ankle injury. This could not however detract from an accomplished Ancients’ performance, and everyone at Altrincham wishes them luck as they hopefully progress further in the competition, and also best wishes to Brogan Walsh for her recovery from what looked a bad injury.