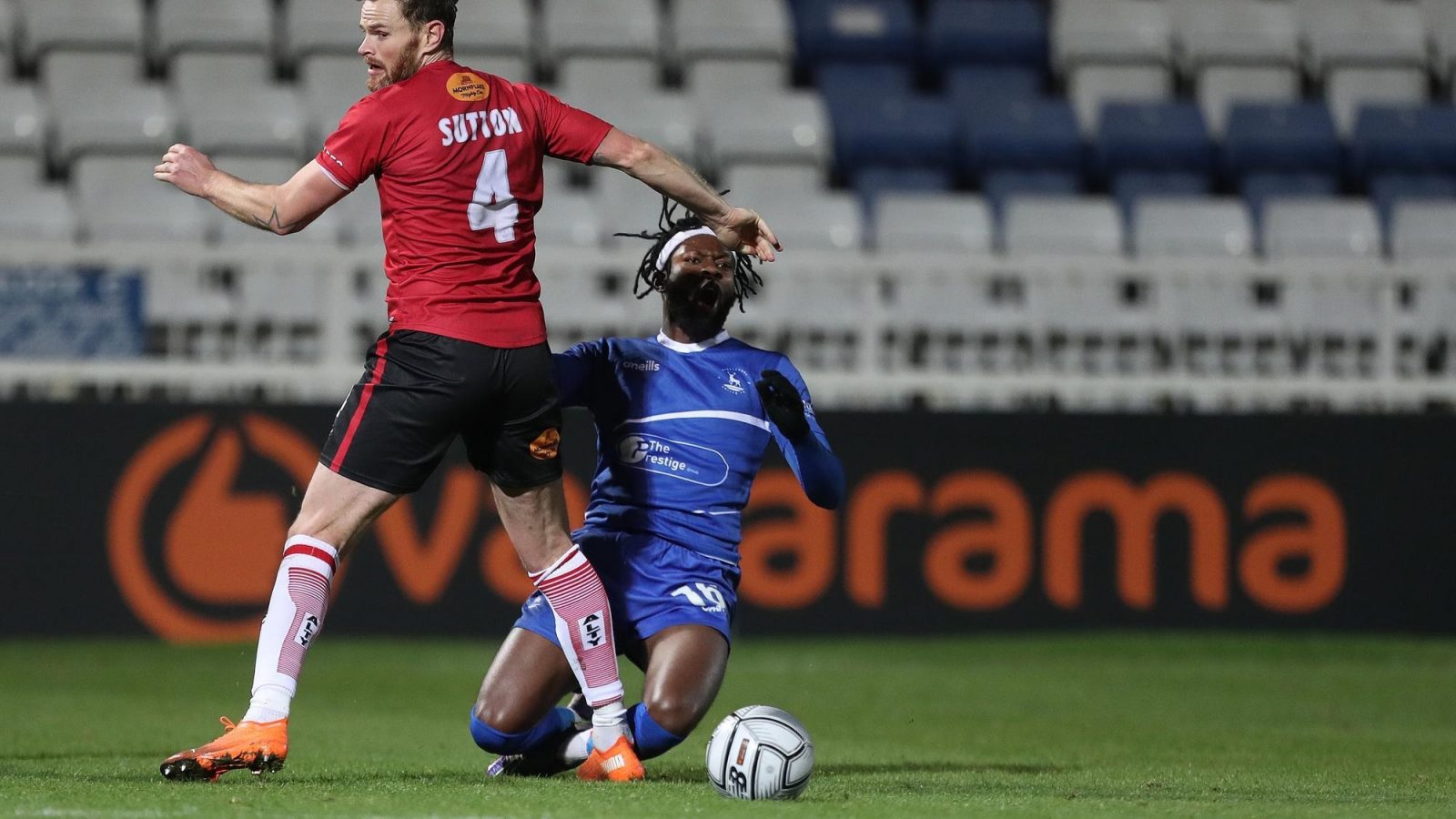 Altrincham, making their first ever visit to Victoria Park, came within a whisker of ending Hartlepool United's unbeaten record as England C goalkeeper, Ben Killip saved Matty Kosylo's penalty kick in added time to deny the Robins a victory that would have lifted Phil Parkinson's team 6 places in The National League table.

The Pools Monkey Hangers led through David Parkhouse's deft flick to convert David Ferguson's low cross on the half hour mark, a class finish from the forward on loan from Sheffield United, but Altrincham overcame the loss of Toby Mullarkey & Simon Richman through injury to take the game to their illustrious opponents who are expected to be amongst the front runners this season.

Richman, who had performed well on his return to the starting line-up, which saw 5 changes to the side that exited the FA Cup on Sunday, suffered what looked like a bad ankle midway through the 2nd half & that left contingency midfield options in short supply as Toby Mullarkey had already been replaced by Richie Sutton, the impressive central defender having limped off, also with an ankle injury, just before the Durham side had opened the scoring.

It was a brave & inspired move to introduce Matty Kosylo, with the former Fylde winger's performance being a key cog in increasing Alty's dominance in the final quarter of the encounter.Kosylo fed Jake Moult in the right wing channel & the skipper's inviting cross was headed on to Richie Sutton, whose close range header levelled the scores.

Further drama ensued as the game went into 7 minutes of added time as Joel Senior underlined what a bright prospect he is by winning a penalty following a clumsy challenge from Claudio Ofosu. Hartlepool's world seemed to have turned upside down in just a few minutes but Killip preserved their unbeaten record, with a fine save down to his right to deny Kosylo's spot-kick.

Phil Parkinson spoke to Brian Flynn after the game & tells us why Darren Potter has left the club after just 1 game for Alty.

You can listen to the interview below:-