Miller Hits The North for a Month 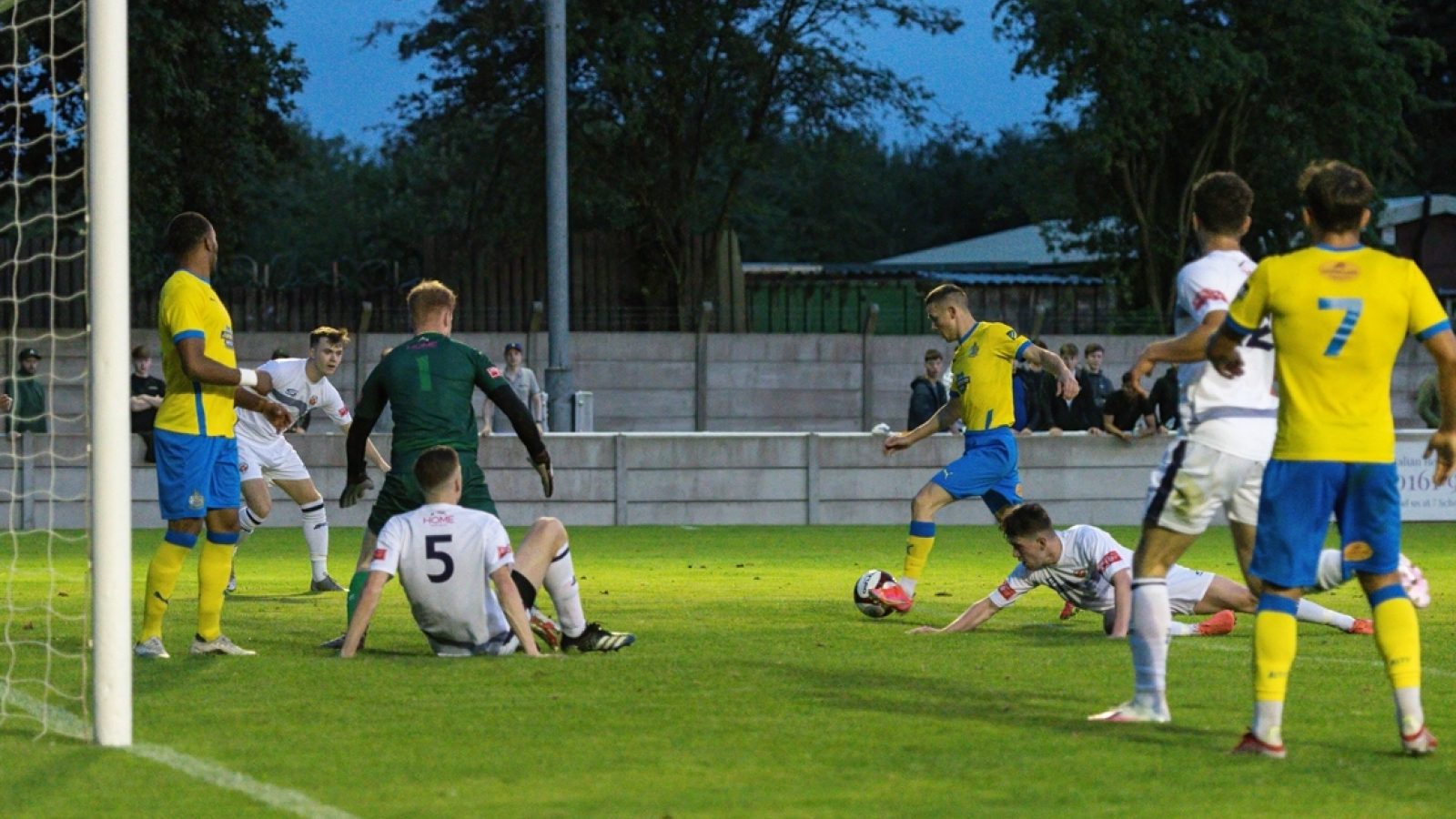 Curtis Miller, pictured by Michael Ripley going close in our latest pre-season fixture at Shawe View on Tuesday, has joined Trafford FC on loan for a month & will be available for their opening Pitching In Northern Premier League-West fixture against Colne at Shawe View tomorrow (KO 3pm).

Miller missed the start of the pre-season fixtures through injury but has made some eye-catching second-half substitute appearances at Brightlingsea, Bradford (Park Avenue), Curzon Ashton & his temporary new club, Trafford, being deployed by Phil Parkinson & Neil Sorvel on the left wing.

The 20 year old is no stranger to Shaw View having enjoyed a successful loan spell at the Urmston based club just before the COVID-19 pandemic kicked in, scoring a superb goal in a 1-1 draw with Marine in February 2020