Mishaps, misfortune, mistakes - it's misery for the Robins! 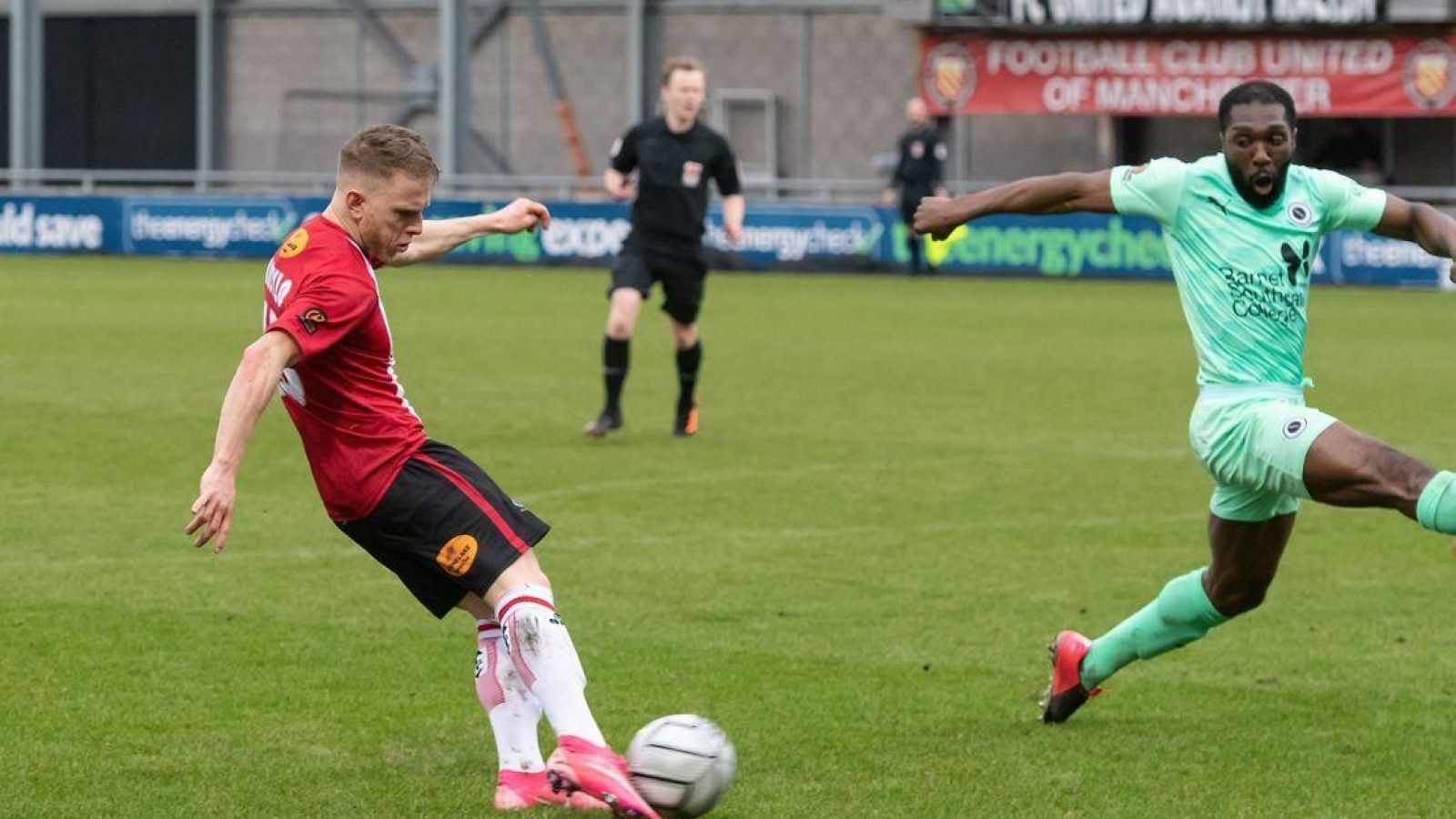 Life in the Vanarama National League is tough enough without teams making it even harder for themselves, as Altrincham were left ruefully reflecting on after a third defeat in quick succession at Broadhurst Park.
Eager to make amends for a rare dip in form at Yeovil a week earlier, Alty looked like delivering after starting brightly against Boreham Wood, forcing the pace and posing the greater threat.
But the whole tenor of the game changed, and how, in a calamitous 25-minute spell in which anything that could go wrong, from an Alty perspective, did.
The tide began to turn as early as the fifth minute, when the influential Ryan Colclough chased back in an admirable attempt to halt a Boreham Wood break but suffered a freakish injury, seemingly hurting his knee after sliding in to make a challenge and twisting awkwardly on the turf.
Lengthy treatment from sports therapist Tommy Uda at least gave him the chance to try and run it off, but worryingly, with games coming thick and fast, the in-form winger soon signalled he was in no fit state to continue.
Tom Peers replaced him and promptly handed the visitors a ready-made route to an opening goal barely 60 seconds later with a misplaced pass that was pounced on by Jamal Fyfield, as the Wood skipper made his way to the bye-line on the left and crossed low for Kane Smith to score from close range.
A fluent passing move in the 13th minute ended with Yusifu Ceesay whipping a dangerous centre across the edge of the six-yard box that just eluded the stretching right boot of Byron Harrison.
But any hopes Alty had weathered the early double blow and reasserted their authority were dashed in the space of a couple of minutes just before the half-hour mark.
A slightly heavy touch by Connor Hampson nudged the ball far enough forward for Smith to seize the chance of challenging for possession, and as the two players came together, it was the Alty left-back who came off worse, suffering a painful contact that left him flat on his back.
Players of both sides crowded round referee Tom Parsons, evidently making the case for their man being the innocent party, and when the furore finally abated, it was the visitors the official sided with, brandishing a yellow card at the Alty defender as he was helped to his feet.
The view from the gantry, looking across the pitch, hadn’t been clear, but replays pointed to Hampson going in studs-first, and with a more obvious yellow card having been administered for a fractionally late challenge on Smith a couple of minutes earlier, a red inevitably followed and Alty were down to 10 men with over an hour left to play.
The uphill task became that much steeper moments later, when a woefully-mishit shot by Junior Morias was turned into an unlikely assist by Kabongo Tshimanga, whose clever back-heeled flick diverted it inside the post from close range.
Things went from bad to worse in the 47th minute when the impressive Corey Whitely met a half-cleared corner with a superbly-controlled first-time volley from the edge of the area that flew into the bottom corner to make it 3-0.
The points had gone, surely, but there was still pride to play for, and the 10 men at least saw that as a worthwhile incentive as they clawed their way back into the game.
Alistair Smith’s pass gave Matty Kosylo the chance to steady himself on the right of the area and drill a low shot that beat keeper Nathan Ashmore at his near post in the 57th minute.
It was Kosylo’s first home goal in Alty colours, albeit at Broadhurst Park rather than The J.Davidson Stadium, and he so nearly had another four minutes later after stretching to convert a Ceesay cross, with the goal gaping, only to miss out on the necessary contact by a matter of millimetres.
Still Alty kept plugging away, and they set up a grandstand finish in the 85th minute, when Peers played the ball out to Joel Senior on the right and instantly made his way to the near post, arriving with perfect timing to steer the resulting low cross into the roof of the net.
At three goals adrift and a man down, the Robins had given themselves a mountain to climb, but, at 3-2, there was at least a glimpse of the peak as the game headed into five minutes of added time.
Ritchie Sutton just failed to pack enough power into a shot-on-the-turn as those minutes ticked away, though, and the summit stayed tantalisingly out of reach.