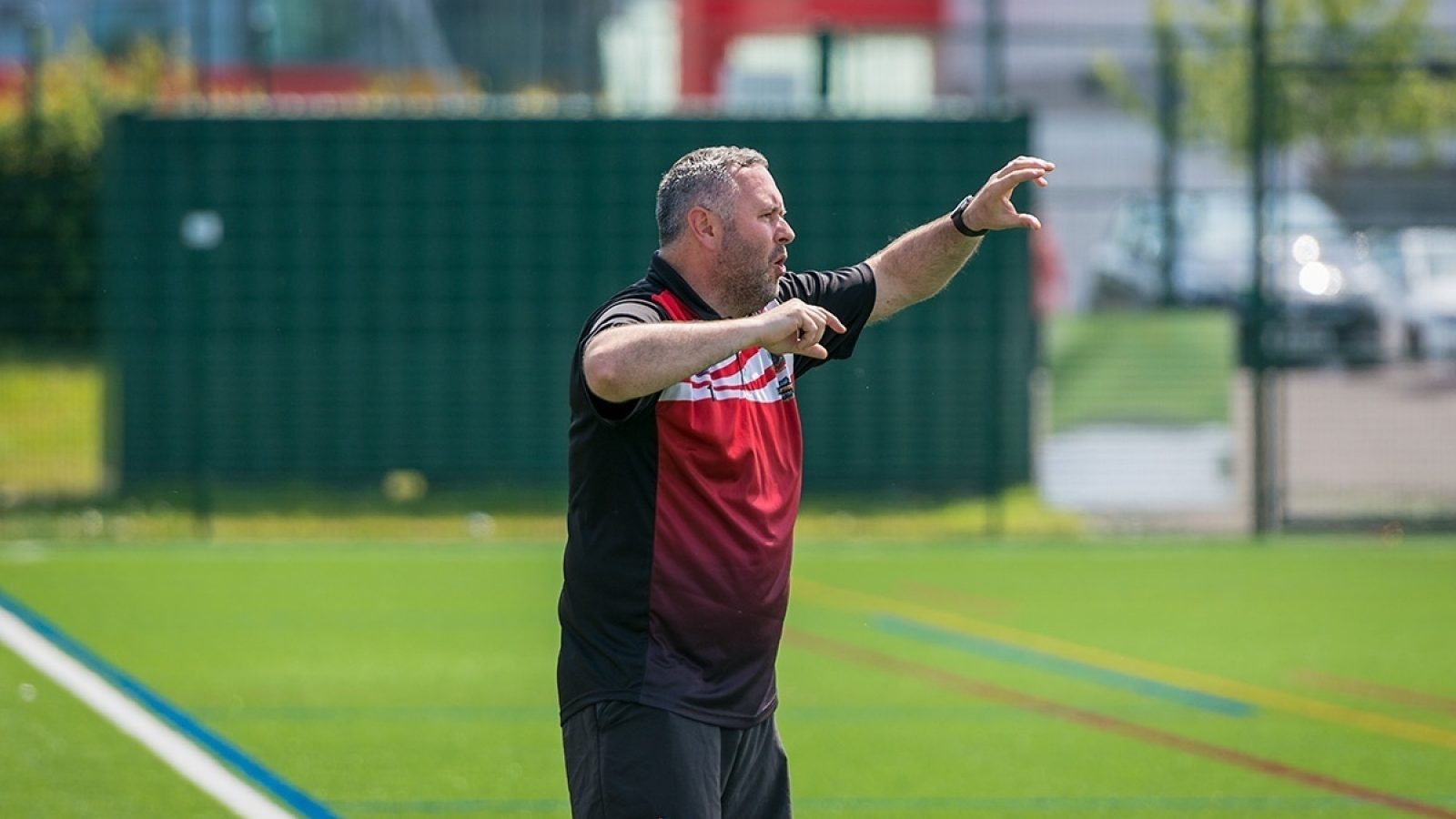 The youth team opened their season in the North West Youth Alliance on Sunday away to Chester FC & the following report has been provided by manager PAUL FAY (pictured above).

The team started the game well with a lot of possession and Ryan Morton looking very dangerous on the ball.

With Chester growing into the game and getting into some dangerous positions Alty scored on the counter through Angus Bailey.

The 2nd half started with Chester enjoying a lot of possession and they were a threat in the final 3rd.

Alty stayed strong & compact with some excellent defending and withstood the pressure from the opponents.

With legs beginning to tire, changes were made with Tom Jones & Ben Lawson replacing goalscorer, Angus Bailey and Louis Morrison.

With the fresh legs coming on to the pitch on a warm sunny day, it gave the team more energy with Morton playing Jones in, he finished well from the edge of the 18 yard box only to see his effort ruled out for offside.

McGeady came on for Jayden Matthews and Aiden Kelly for Ryan Morton pushing Lucas Aldcroft further up the pitch and finally Dylan Giblin replaced Danny Watson after a dangerous knock to the head.

With the changes made it was taking the lads time to settle into the game and Chester now were being very direct in possession.

Chester were creating more chances but to no avail with Ryan Forde making a couple of saves, combined with Michael Vale and Liam Evans getting in some very good blocks and tackles.

Chester equalised when a long throw was flicked on the home side converted the 2nd ball & this sapped the energy from the young Robins in the Sunday afternoon heat.

To their credit they dug-in and started getting better in possession with Louis Morrison coming back on replacing Aldcroft for the last 5 mins Alty started to look more dangerous with Ben Lawson, Joel Trevor and Harlan Rogers-Morris getting into good positions.

The last 5 minutes, Altrincham won a corner with a great ball in from Harlan Rogers- Morris and Louis Morrison popped up with winner, just minutes after being reintroduced to the game!

Credit to Chester they kept going right up until the death.

This was a good start to the season and everyone in the squad worked hard throughout the game.

8 of the squad are involved with the Academy and 6 of the squad have came through from the juniors including 15 year old Lucas Aldcroft.