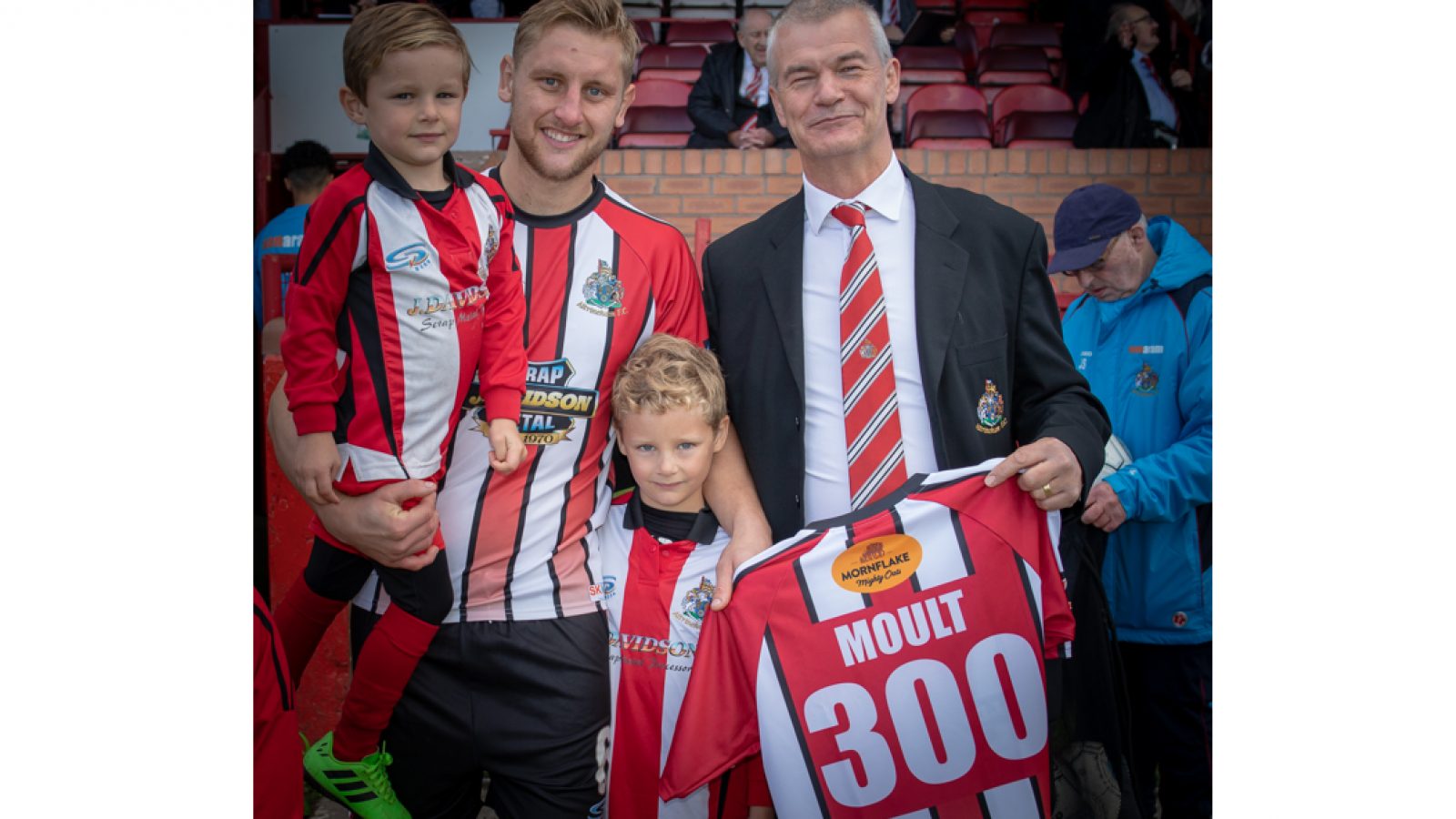 Jake Moult helped add another entry to Altrincham’s long list of FA Cup triumphs, on his 300th appearance for the club, and earned himself a new nickname in the process at The J.Davidson Stadium on Saturday.

Alty are just one game away from joining Football League teams in the hat after beating Bradford (Park Avenue) 4-2, with Moult among the scorers, and earning a fourth qualifying round tie away to Stockport County a week on Saturday.

Reflecting on the former Alfreton midfielder’s distinguished Alty career, and his latest contribution, manager Phil Parkinson said: ‘He is being called Jake Moultrincham, and it’s for a reason – cut him in half, and he would bleed red and white.

‘He loves this club. He is a big reason why I came here in the first place, because I spoke to him for about an hour when I was deciding whether to leave Nantwich and take over at Altrincham. I trusted his judgement on the club, and I’m glad I did. I’m so glad I listened to him and then made him captain, because he gives everything to the club’s cause.

‘That was evident again today, and it was fitting he should score on his 300th appearance. I had a bit of banter with him about the managers he’s seen off here and told him I hoped I wouldn’t end up another notch on his belt!’

Alty’s win was sealed by a wonder goal from Jordan Hulme, who appears to be over the eye problem that has troubled him in recent weeks.

‘We call him His Lordship in the changing room, and he warrants that,’ said Parkinson, whose side face Alfreton at home in the league on Saturday. ‘We are so lucky to have him. The fans love him and we love having him here.

‘It means everything to have got through, because I know this club is steeped in FA Cup history and, as manager, I’m desperate to take us as far as possible. I’m absolutely delighted – we knew we would have to play well to go through, and we did. We thoroughly deserved it.’