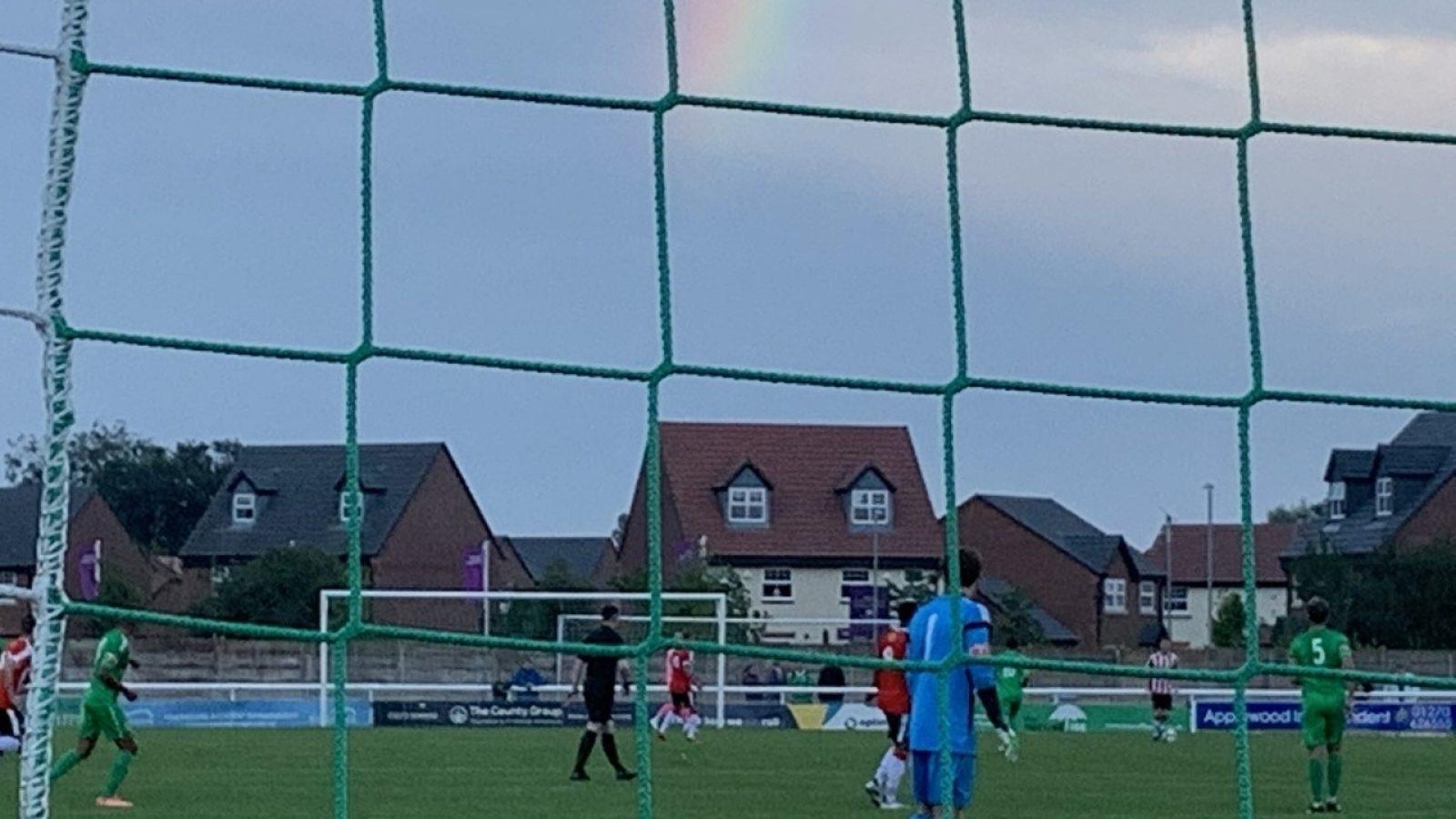 Altrincham fans who travelled to The Weaver Stadium on Tuesday evening will have been encouraged by an impressive display as goals from Marcus Dinanga, Ryan Colclough & Dan Mooney produced a 3 goal margin of victory that was a fair reflection of the 90 minutes.

There were plenty of early chances for both sides with former Altrincham Youth & Reserve team keeper, Cameron Terry, making a top-class save to deny Ryan Colclough & tipping a very well executed Joel Senior free kick onto the crossbar superbly, whilst Shaun Miller & Thommy Montefiori had great opportunities to put the Dabbers ahead & former Robin, James Lawrie brought a save from Tony Thompson.

Ryan Colclough rattled the post before a brilliant piece of creativity from Josh Hancock just after the half-hour released Marcus Dinanga, who opened his goalscoring account by deftly lifting the ball over the advancing Terry.....a lovely goal!

Marcus Dinanga about to open his goalscoring account for the Robins.

Colclough doubled the Robins' lead in the last throes of the first half action with a deflected shot from inside the area.

James Berry replaced Josh Hancock midway through the 2nd half & played on the left wing with Matty Kosylo moving into the Number 10 role.

Liam Blackburn, who had played for an hour on Saturday  at West Didsbury & Chorlton, after replacing the injured Matt Gould, was an unused substitute.

Phil Parkinson & Neil Sorvel made 7 changes at half-time & the 2nd half was a much more low key affair with Alty generally in charge & Dan Mooney capitalised on good play by James Berry to score a 3rd goal 10 minutes from the end with a low right footed shot from 12-15 yards that crept into the bottom corner.

'The game was pretty open in the fiirst 15-20 minutes & 4-2 would have been a fair reflection of the scoreline. We needed to do better early on in terms of getting back into our defensive shape & there's a bit of work to be done in our recovery positions, but in possession we looked a real threat going forward throughout the game'.

Having used 8 trialists in the 2 games on Saturday, 3 were on show at The Weaver Stadium, David Fitzpatrick (Left Back), Ben Pringle (Midfield) & James Berry (Left Wing).