No-brainer, says Jordan, as he signs for next two years! 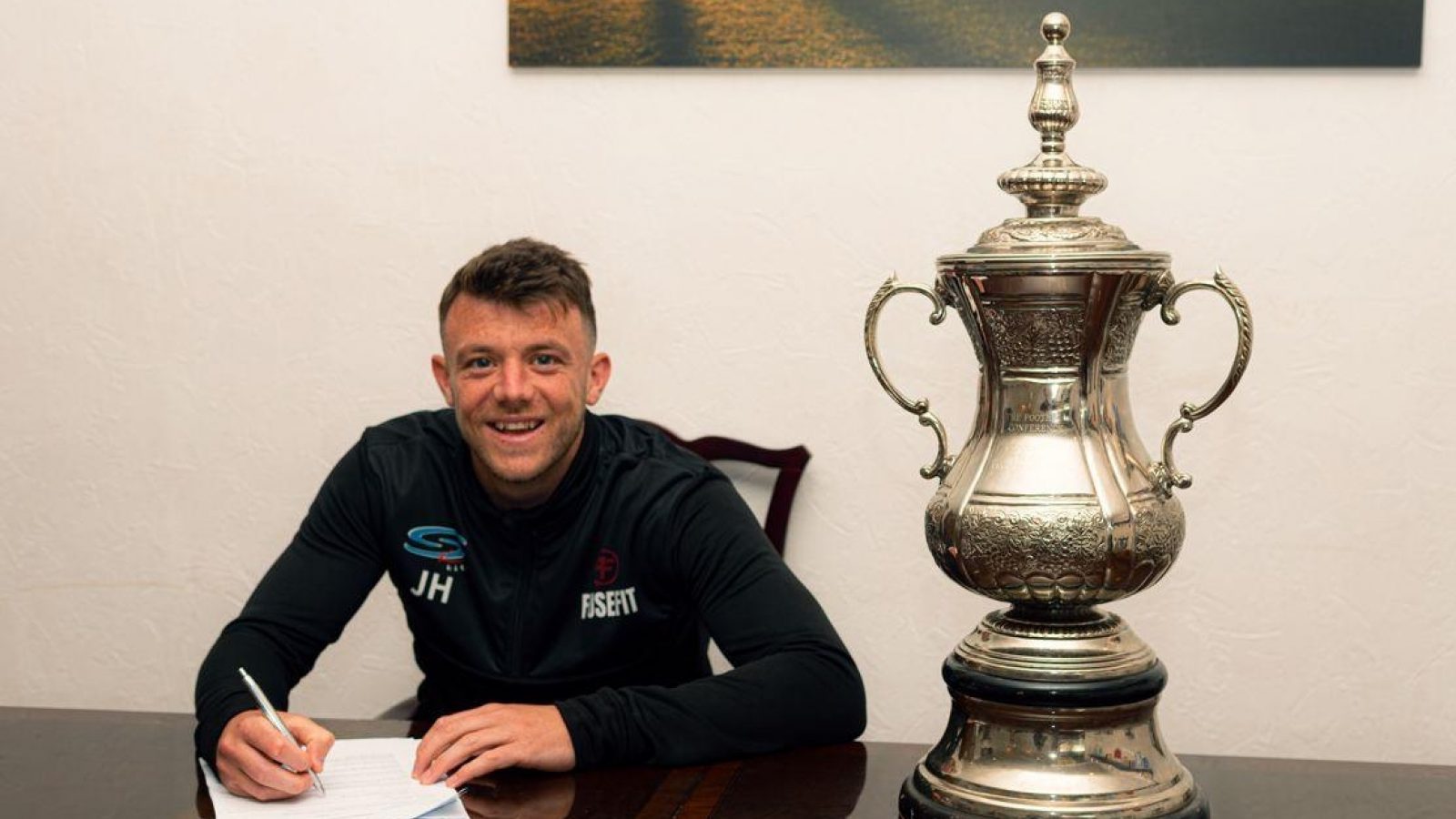 Jordan Hulme has given Altrincham’s pre-season plans a massive boost by committing himself to The J.Davidson Stadium for the next two years.

In a move that epitomised the togetherness in Phil Parkinson’s squad, Alty’s inspirational striker was one of several players to attend the ground on Sunday afternoon to put their names to new deals.

In Jordan’s case, it was an extension to his existing contract to cover the next two seasons, and as he reflected on the decision to remain a Robin, he summed it up in typically-succinct style. ‘It was a no-brainer,’ he grinned.

Press and media officer John Edwards interviewed our irrepressible frontrunner in the boardroom as the ink dried on the contract, and you can tune in to their conversation below.

*Watch out for more Alty TV interviews with players signing contracts, here on the club’s official website over the coming days.