No drain on resources after pitch appeal raises almost £20k! 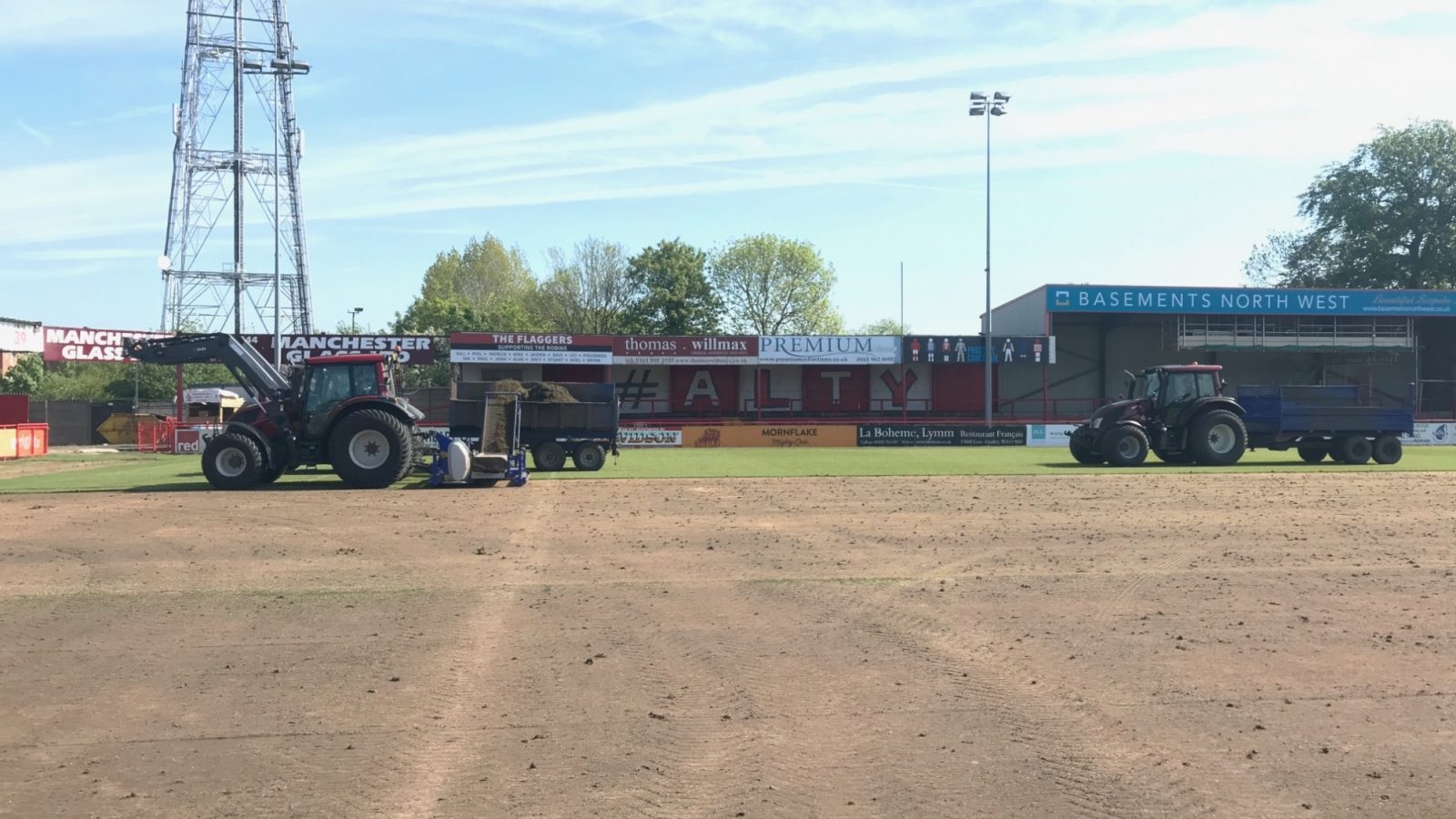 We asked you all to Pitch In to help cover the cost of a new playing surface that will be the envy of the Vanarama National League next season, and you responded as we knew you would.

After seeing the old surface succumb to the elements at an alarming rate last season, the board decided the time had come for drastic action. Rip it up and start again.

In keeping with the way the club are operating these days, there could be no half-measures. An ever-worsening drainage problem had to be sorted, once and for all, and the finished product had to be of a quality befitting the football philosophy favoured by manager Phil Parkinson.

Both requirements could be accommodated, but with one inevitable stipulation - it would cost.
To the tune of £180,000, in fact, for the job to be done properly, which was the only viable option for a club moving unerringly in an upward direction.

It meant pulling out all the stops to raise the necessary finance, appealing to the Football Stadia Improvement Fund for grant aid and involving local companies and you, our unfailingly loyal and supportive fan base.

After you rallied round and dug deep to help us through the Covid lockdown crisis last year, we couldn’t, in all conscience, ask for more handouts.

There had to be something in return, something to show for any money you were prepared to part with, and so the Pitch In Appeal came into being, with all sorts of attractions and benefits for supporters and businesses to buy into.

An Indiegogo page was set up with a long list of sale items, ranging from £15 for a digital thank you card featuring original Alty Direct artwork right up to £750 for sponsoring the new centre circle.

In between, the Pitch In campaign mug proved popular, with 70 sales, while seven contributors paid £50 each to have items such as letters and photographs sealed in time capsules which will be buried beneath the surface for future generations to discover. Those mugs have now been ordered and will be sent out in the next 10-12 days.

In total, the Indiegogo page generated £13,024, which, with an additional £6,600 coming from the proceeds of extremely well supported five-a-side and 11-a-side tournaments on the old pitch shortly before the first spade went in, boosted the final figure to £19,624.

Please note that the artwork for the Sponsor a Square initiative is now in production, with all sponsors’ names being added into the final design, which we aim to have printed and posted by the end of the month.

With that, we can announce that the Pitch In Appeal has run its course and is now closed. All that remains is to reiterate the debt of gratitude owed to all those who helped make it happen and everyone who supported it and turned it into such a resounding success.

Take a bow local businesses, in particular Premium Collections, Peter Longworth, Watersons, Vodkini and R.H.Morris and Sons. You have readily embraced the idea that a successful, thriving football club can only be good for the town and surrounding area, and we hope there may be more mutually-beneficial enterprises to come.

As for supporters, what more can be said, other than, when it comes to caring for their club, Alty fans are a class apart - roll on next season and a brand-new playing surface tailor-made for the Robins' slick passing style!