No football, but Alty players still know how to pass! 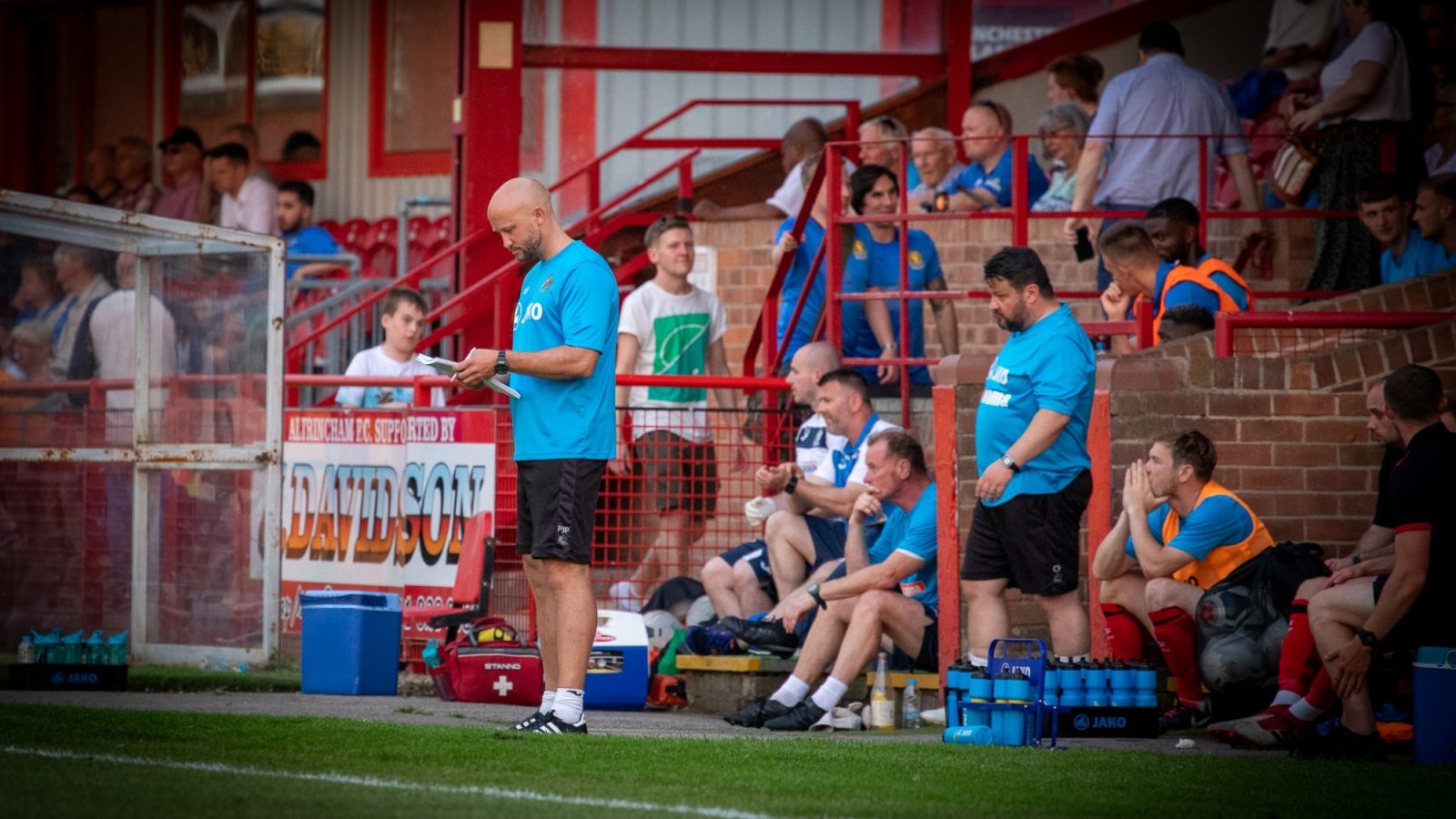 The Altrincham FC playing squad and management team faced what could be described as their most searching examination of the season so far at The J. Davidson Stadium on Thursday evening - Covid-19 testing.

And, this morning, we were delighted to hear that every single person tested was given a pass and declared free of the virus.

The clean bill of health came as a huge relief to everyone at the club and opened the way for an immediate resumption of training, in the build-up to our first play-off game, tentatively scheduled by the Vanarama National League for the weekend of 18th and 19th July.

The stadium was put through its paces, too, as club safety officer Nigel Bunce, recently appointed as Alty's Covid-19 officer, in line with National League instructions, and the club's chief medical officer, Dr Rob Jackson, oversaw the testing regime at the ground.

This involved putting in place strict access controls and a mandatory "one-way" system in the ground to manage the process. Our thanks go to Rob and Nigel for shouldering these responsibilities at this time. In addition, club president Grahame Rowley and director Neil Faulkner are working hard with Trafford Council to secure the safety certificates required for us to be able to host matches again.

There is a huge amount of work to be carried out to meet the criteria laid down by the National League, and the club are responding with a flurry of activities, including a board call every couple of days to review progress, which is also attended by Nigel and club secretary Paul Carter.

Director Rob Esteva and manager Phil Parkinson are talking every single day to ensure that everything on the playing side, from training venues to player availability and even potential friendlies ahead of the play-offs, is under control.

The question of televising the ties, in both North and South divisions, is still up for discussion, with the National League board working with our broadcaster BT in an attempt to finalise plans for this particular subject.

With the first set of tests having successfully taken place, we have started incurring costs for the exercise, which we now believe will total just over £50,000, should we go all the way to the final.

The players and staff will be coming off furlough imminently, and they will remain so, as long as our campaign continues.

There will be a weekly testing regime to ensure that all our players and staff remain Covid-free, and this will be extended to all officials, including stewards and media, in the run-up to a match day. Those directors required to be in attendance will be paying for their own testing, as you might expect.

We will be launching specific initiatives to support the club through the play-offs in the next few days, and we have a team working on fund-raising to help in this respect. More details on these developments will be announced shortly.