No more Bentley banter! Our very own master of mirth, mischief and menus bids farewell 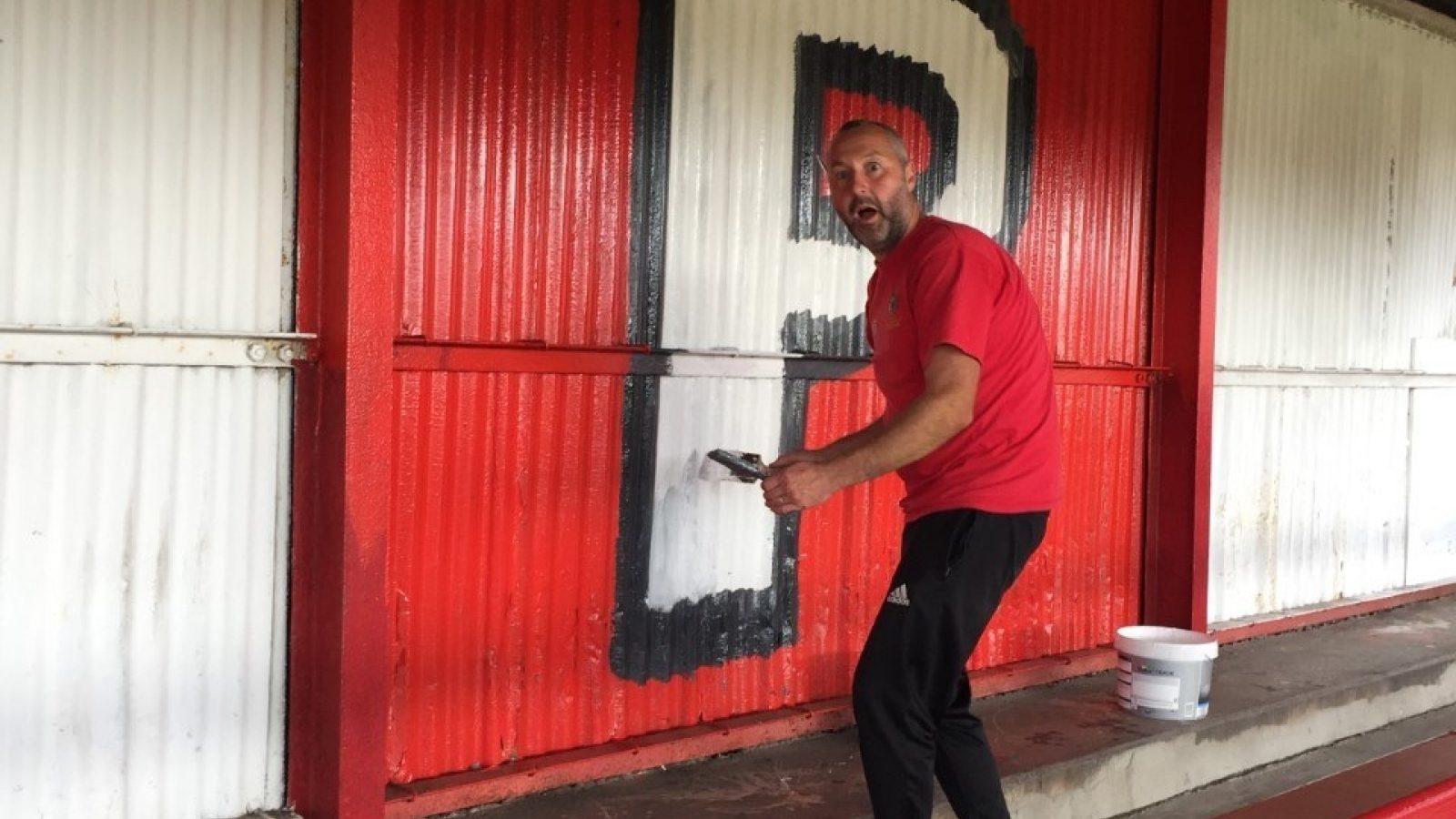 Altrincham co-chairman Bill Waterson delivers a message of heartfelt gratitude to Richie Bentley, who has decided to step down as club caterer.

A football club is more than the sum of its players, management and officials. Every club is enriched by certain individuals, those enthusiastic, larger-than-life characters who contribute so much more than their formally-defined jobs.

You know the sort - always looking to brighten everyone's day with a sunny disposition as well as perform specialist duties to the best of their ability.

We've got one here, at Altrincham FC, or rather we had. For the past 13 years, Richie Bentley has been the absolute epitome of the individual I have just been trying to describe.

Club caterer is his official title, and has been since 2007, but, as many of you will know all too well, he is so much more than that! The Banksie of the Pop Side, you might call him at a pinch, Documentary Superstar, for sure, and, of course, the Disabled Stand Constructor.

Those are just three examples of our culinary expert's extracurricular contributions, and there have been many more over the years that have endeared him to everyone in and around The J.Davidson Stadium.

Alas, no longer!  Sadly, Richie is stepping down from his role after an unbelievable contribution to the club over the last dozen or so years.  Increasing family commitments, exacerbated by the lockdown, have led Richie to this very tough decision, and the club are fully supportive of his choice in prioritising family over everything else.

Reflecting on his time at Moss Lane, Richie said: “Back when I started out catering at Alty in 2007, I had no idea how things would progress, both on and off the pitch. Fast forward to 2020, and I have five children, and I've been catering for over 25 years.

"I'm really proud of my achievements in increasing the revenue and profile of the food within the club and most recently the Community Sports Hall.

"I have been part of a great team at Alty; the board, the officials, the fans have all made this a golden period in my life, and I thank you all for that. The club is going places, and I wish I was coming, too. I will be watching with interest, and hopefully I will be there in the future to support the team and the people I have come to love."

It shouldn't be overlooked that behind the ever-present smile and ever-ready quip lies a serious talent for his specialist field. Richie has catered for many an official function at The J.Davidson Stadium, as well as club fundraisers and social events, and he has every right to be proud of what he has achieved with us and for us.

He will leave a huge gap that will have to be filled somehow, though, for the time being, the club will strive for a better understanding of how food and drink can be consumed at the ground in these uncertain times before reviewing options and reaching any decision.

In the meantime, Richie, you've been a good friend to the club and the community in equal measure, and we look forward to seeing you and your family at Alty games in the near future.