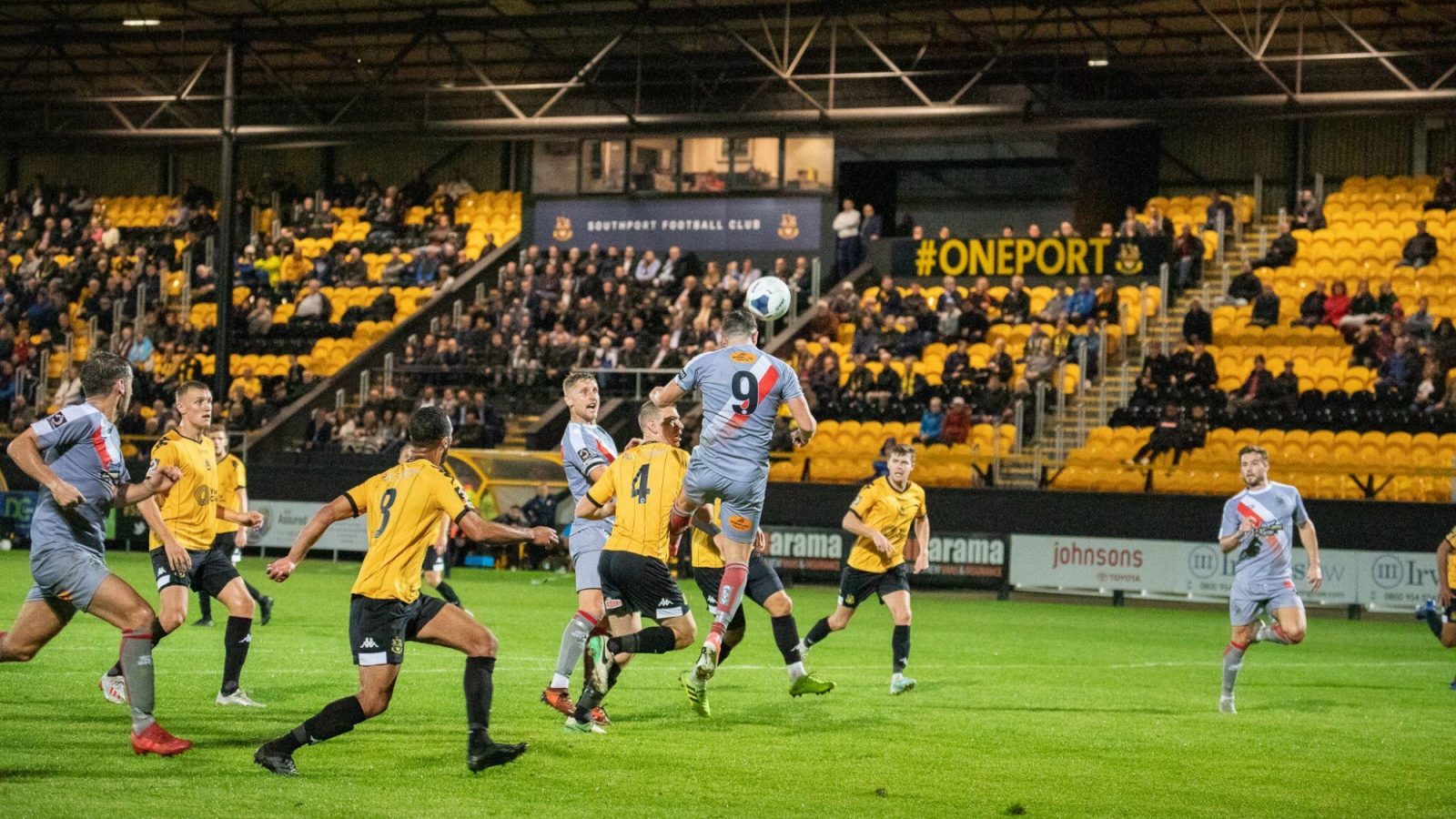 *Jordan gem .. a towering header by Jordan Hulme reduces the arrears against Southport in an improved Alty second-half performance. Picture by Jonathan Moore.

Press and media officer John Edwards has submitted the following article for inclusion in this week's Sale and Altrincham Messenger. It includes an explanation of why Yusifu Ceesay started on the bench against Southport.

Neil Sorvel admitted he and Altrincham manager Phil Parkinson were concerned after an error-strewn first-half performance condemned them to another Vanarama National League North defeat at Haig Avenue on Tuesday night.

Alty were forced to make one change to Saturday’s winning line-up when winger Yusifu Ceesay arrived late, due to traffic problems, and had to settle for a place on the bench, with fit-again skipper Jake Moult making his first start of the season.

But there were no complaints from Sorvel after Southport took full advantage of a disjointed first-half Alty display to inflict their fourth defeat of the season. Trailing 2-0 at half-time, Alty trimmed the arrears with another headed goal from Jordan Hulme but ran out of steam after being reduced to 10 men by a second yellow card for midfielder Simon Richman.

‘It is a concern, because after playing so well against Farsley Celtic on Saturday, and beating them, this could have been a very promising week, if we had got it right,’ said Alty’s assistant-manager, whose side face Leamington at home this Saturday.

‘It was unfortunate Yusifu got here late after getting stuck on the motorway on his way up from Birmingham. That was a factor, and we also wanted to get Jake back in there, screening the back four and winning headers in front of them, to make us more solid.

‘Josh Hancock was considered as well, but we didn’t want two players out there with not many minutes between them against a full-time team.

‘The fact is, though, we didn’t deserve anything from the game, because of how poor we were in the first half. We were really disappointed with the first 30 minutes, in particular. There were too many basic, unforced errors - poor decision-making and being too loose in possession put us under a lot of pressure.’