On the Whistle: Altrincham Vs Boreham Wood 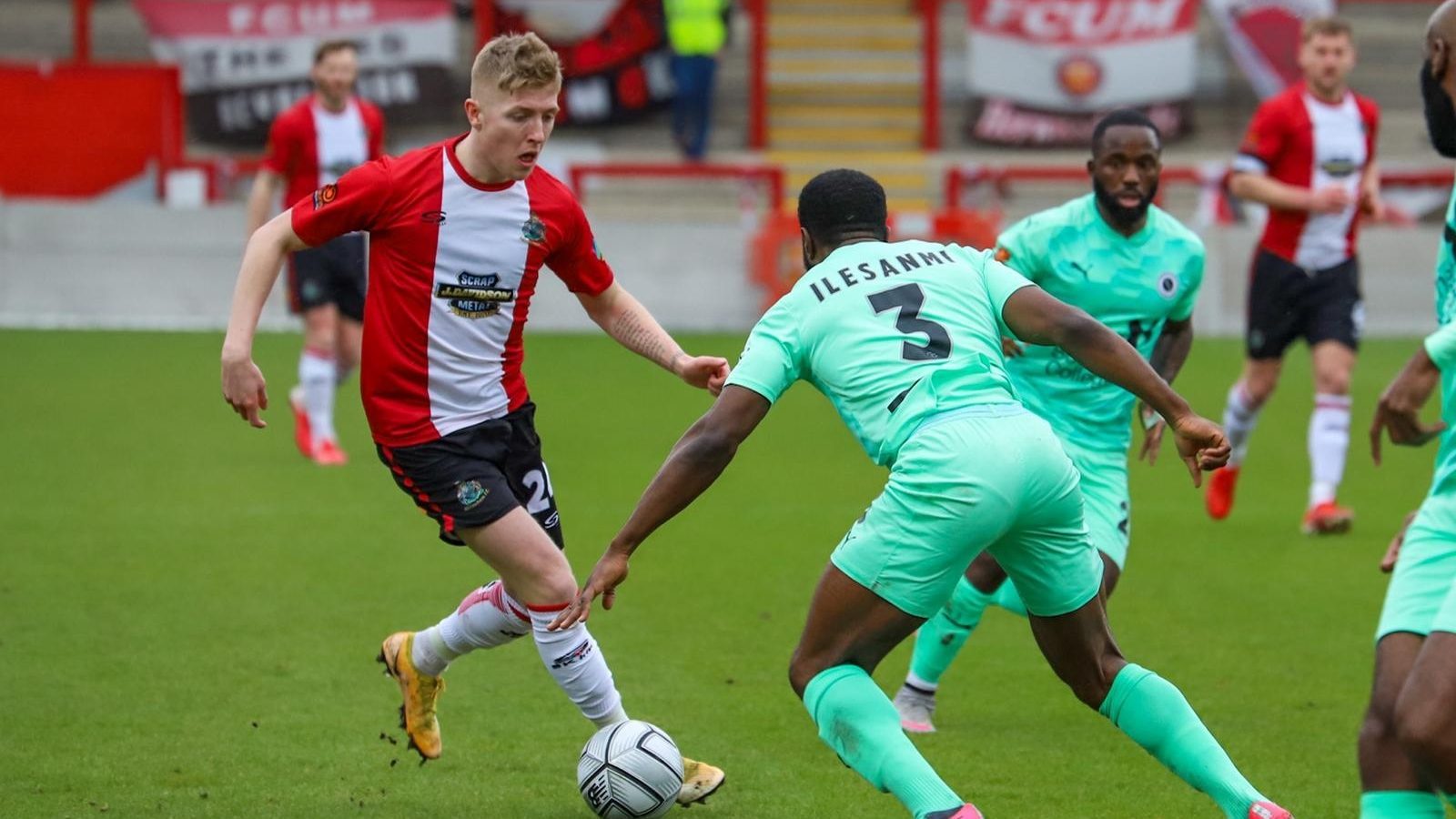 Altrincham welcomed Boreham Wood to Broadhurst Park this afternoon. After a couple of disappointing results, Alty looked to turn it around to continue the push for the play-offs. Josh Hancock was unavailable today due to injury, with Matty Kosylo stepping into the number 10 role.

Boreham Wood proved lively from the offset, causing Thompson to tip a dangerous free kick over the bar. The Robins were struck with bad luck early on, with Colclough having to be substituted after only 5 minutes due to injury. Peers replaced him, swapping wings with Ceesay. Shortly after, Altrincham conceded when they were caught out and gave away possession on the wing. Fyfield squared the ball to Kane Smith who turned it home after 6 minutes.

Further bad news came for Altrincham when another player was forced to leave the field, this time for a sending off. Connor Hampson lunged into a 50/50 ball, receiving a second yellow for his challenge on Kane Smith. Harrison was brought off for White, who dropped into the left-back position. The Wood immediately capitalised again when the resulting free kick was whipped in by Murtagh and Tshimanga beat Tony Thompson with a shot from close range.

The rest of the half was frustrating for Alty, who never really managed to find the momentum to create anything that challenged the Boreham Wood defence.

Only 3 minutes of the second half had passed before another goal for the away team. A Wood corner was headed out to Whitely whose powerful low volley found Alty’s bottom left corner. Boreham Wood kept pushing for more goals, but Tony Thompson was called into action a few times to stop their efforts effectively.

The game started to turn in Altrincham’s favour after the 58th minute. An Alty corner cleared the keeper and almost found its way into the net in a scrappy fashion. The danger wasn’t averted however, when the ball was cleared out to Kosylo whose shot was deflected and managed to find its way past Ashmore from an acute angle. It was almost a second for Altrincham immediately when Ceesay weaved into the box and crossed the ball in low, but Kosylo was inches away from getting on the end of it.

Joel Senior was pushed forward to right wing after Mullarkey was brought on in the latter stages in what proved to be an excellent decision. With 5 minutes to go he powered forward and played the ball into Peers who slid in for a superb finish into the roof of the Wood net.

The Robins put in a great shift in the second half, despite being a man down. Unfortunately, it was too big of a task to claw their way back into the game.