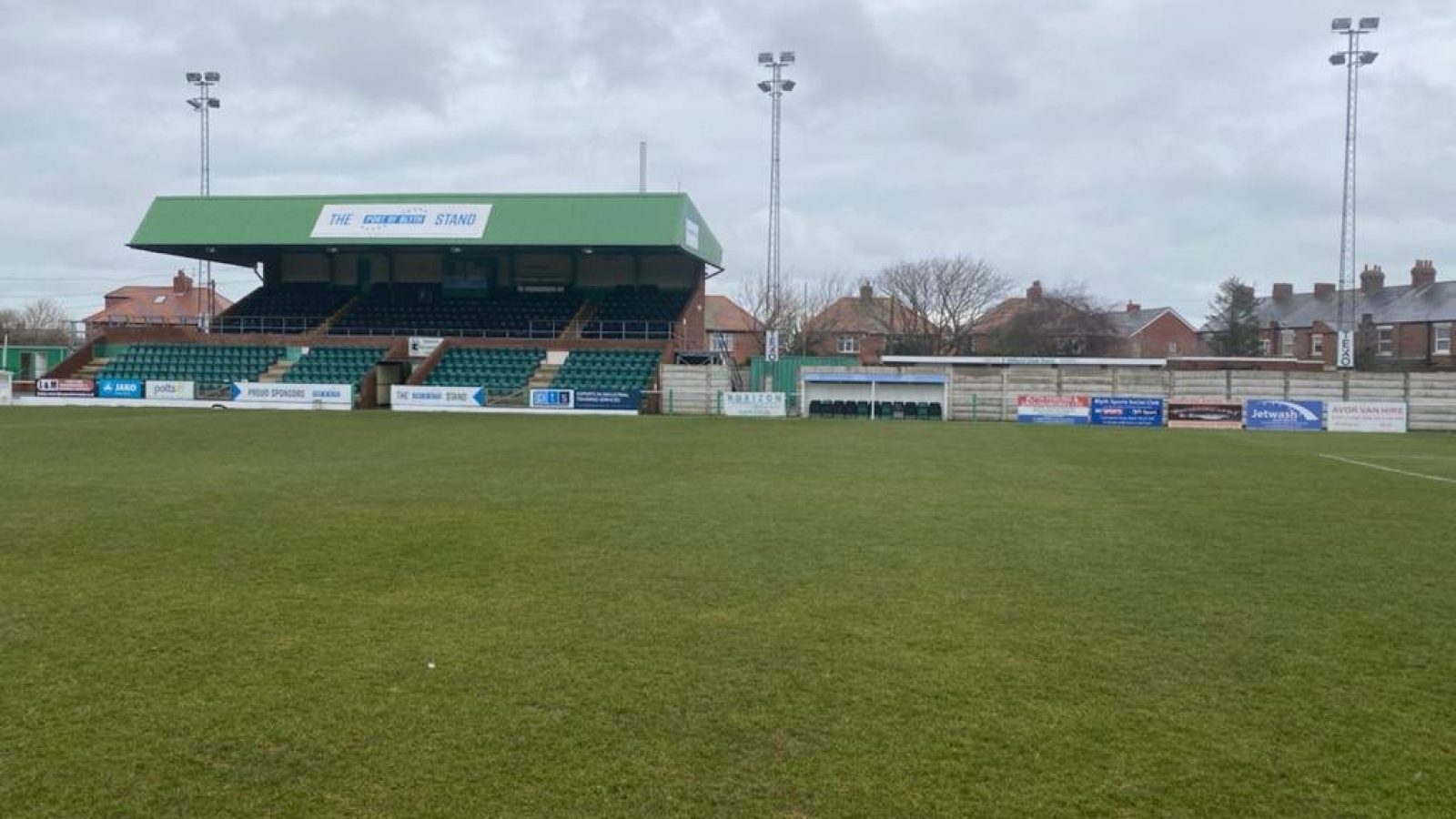 The Robins bounce back from their disappointing midweek defeat at Spennymoor Town in perfect fashion with an impressive 0-3 victory over Blyth Spartans at Croft Park. Alty started the match the more dangerous team with Daniel Mooney looking lively in the first 10 minutes as the attacker provided a superb In-swinging cross which almost found Jordan Hulme and almost putting Alty in the lead in the 9th minute as Craig Mahon whipped in a dangerous delivery across goal but Mooney just missed it at the back post.

Soon after in the 20th minute, the Robins press proved too much for the Blyth defenders as Alty won a free-kick 20 yards from goal which was beautiful converted by Josh Hancock putting the visitors 0-1 up. Just 13 minutes later Hulme’s brought down in the box and Alty had the chance to go 0-2 up from the spot, however Hulme’s effort was saved by the Blyth keeper Zach Hemming. For the rest of the first half, Blyth finally started to put pressure on the Robins with Jack Hunter and Lewis Hawkins both coming close to levelling the score before the halt-time whistle.

The home side came out into the second half with purpose, putting constant pressure on Tony Thompson and the Alty defence, however this was soon relieved against the run of play as super substitute Elliott Durrell fired Alty 0-2 up in the 58th Minute with a brilliant curling effort. The Robins really seemed to find their rhythm as just 2 minutes later Mooney beat the offside trap and slotted home Alty’s third.

Altrincham’s third goal seemed to put the game to bed as the rest of the match was looking as if it was dribbling out to an uneventful close, however 5 minutes from time Densmore burst into the Blyth box and was clearly caught by Blyth’s Aaron Cunningham but despite loud protest from the away fans and players, the referee waved play on. After 4 minutes added time, the referee blew for full-time at 0-3. Altrincham will be looking to continue this impressive form next Saturday when league leaders King’s Lynn Town visit the J. Davidson.