One Stripe, One Club - Your New Home Shirt Revealed 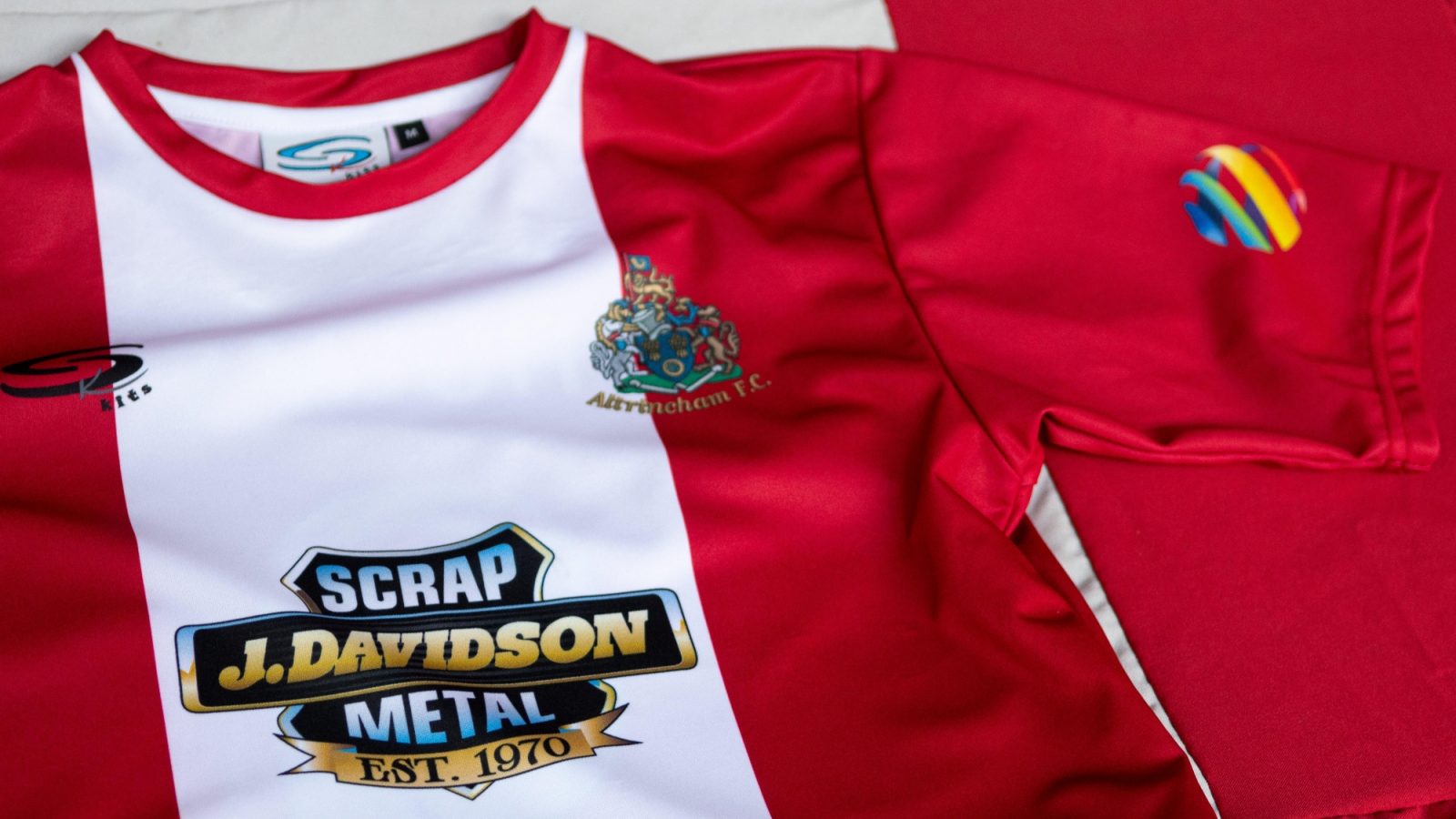 As we move into The National League united behind Alty, we are delighted to reveal your new home shirt for the coming season, in partnership with long-standing kit supplier SK Kits.

Paying homage to an 80s classic, it features one distinctive white stripe on a base of the club’s traditional shade of red. Our red carries around to the back of the shirt, completing a simplistic and minimal design.

Supporters will be pleased to learn that white socks will be making a return for the coming season, complimenting the prominent One Stripe. Our shirt will be paired with black shorts (red trim), and white socks (red trim) - the very socks worn at Fratton Park last season.

Supporters can add embroidered badges to their purchases this season at the cost of £5.

The home shirt is now available to pre-order on our newly redeveloped online store. Click here for more information.

This season’s home kit is the result of a lot of hard work from a newly formed ‘kit committee’ led by directors Rob Esteva and John Coyne.

The committee pulled in volunteers from across the club, mixed with footballing staff and members of the Community team, to ensure that football, commercial, community and fan engagement was all considered with the creation of the new kit.

“We formed a group comprising of key figures in the club to give consideration to each different perspective. From Phil Parkinson and a small group of the first team, to kit man Steve Foster, to Sara Newton with her juniors hat on, and Diversity and Inclusion Officer Jordan Tyms, everybody has helped shape this new shirt.’

Just as importantly, Andrew Flynn and Mark Eckersall were key figures in helping us get to the end product. Andrew has played a huge role in the design of it and Ecky gave us plenty of fan perspective throughout and encouraged us to “break away from the old a little and be a little bold.” We've all got so many special memories of Ecky and mine will always include his invaluable contribution to what we have produced. No-one will be surprised that he wanted to be involved, despite what he was going through.”

“We are delighted with the end product and big thanks to Ian Senior and SK Kits for their patience in the process. The feedback from the players has been excellent and we hope it will prove just as popular with all the fans.”

Last season’s away kit will be making a return for the 2020/21 season.

We have also registered the popular yellow and blue kit (worn away at York City in the First Round of the FA Cup) as our third choice.

With thanks to our sponsors

Incidentally, our first kit to promote a front-of-shirt sponsor was the strip this season’s has been based on. The sponsor back then was Quicks for Ford, based on Hale Road Bridge.

Fast forward to 2020 and we are delighted to have retained our three principal shirt sponsors for the coming season.

As announced earlier this summer, J. Davidson Ltd will feature proudly upon the front of the new home shirt.

‘It all stems from being a family-run club, all from the Altrincham area, and having a managing director, in Jamie (Davidson), who was particularly keen to sponsor local sport.

We got involved with Timperley cricket club, and a number of other things, and it just seemed a natural progression to move on to Altrincham.”

We thank J Davidson Ltd for their continued, prolific support of the club.

We are delighted to announce that Principal Energy Solutions (PES) have renewed their sleeve sponsorship for the 2020/21 campaign.

As industrial and commercial energy procurement specialists, PES helps companies reduce their energy usage through their procurement and management services.

Our thanks to PES for their continued support.

We are also delighted to announce that Mornflake have added their signature orange to both the back of the shirt and the shorts.

Based in Crewe, our Cheshire neighbours Mornflake have been producing oats and oat-based cereals since 1675.

We are proud to be associated with such a long standing and traditional company.