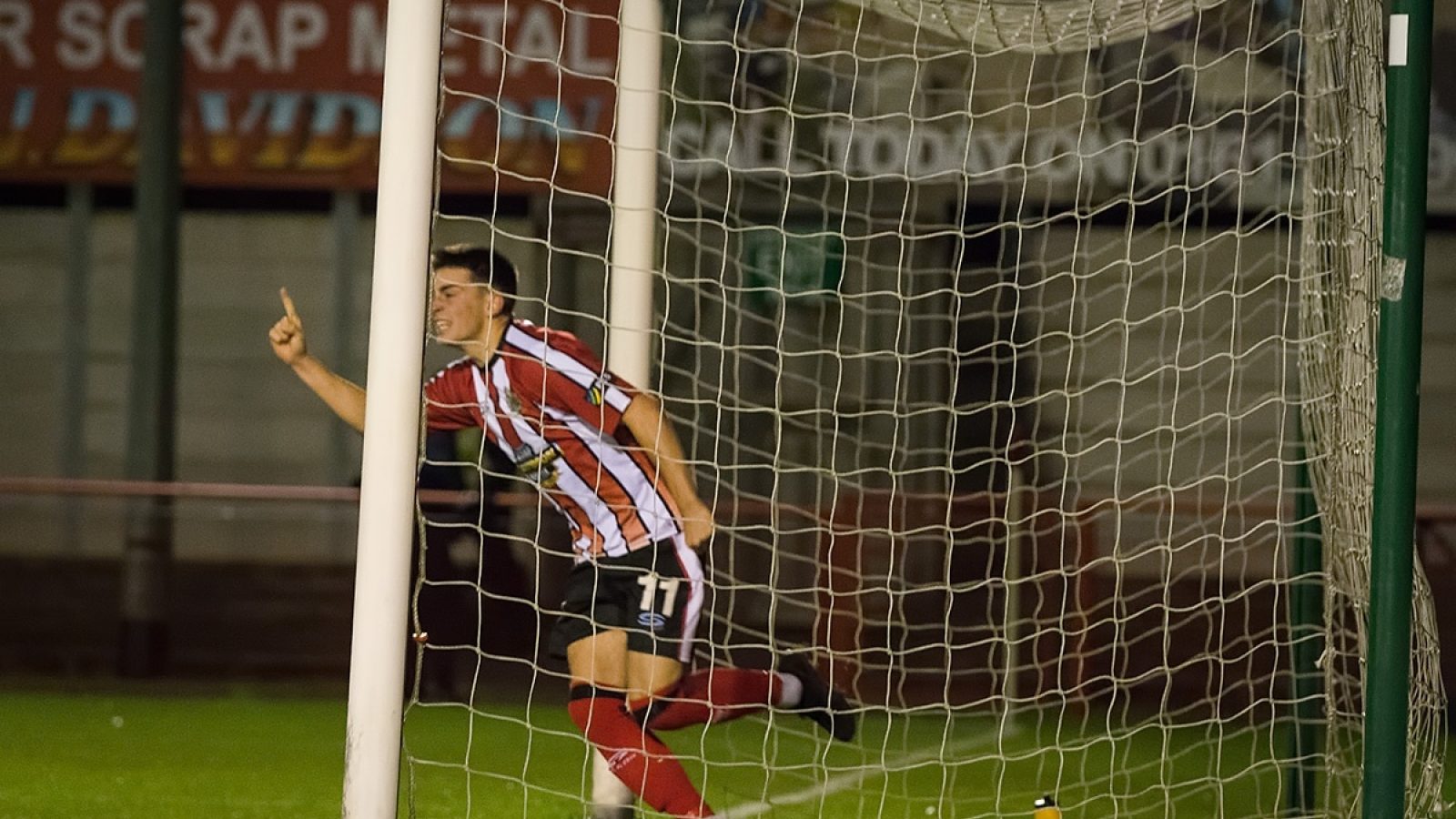 Owen Dale’s successful stint as an Altrincham player has come to an end after Crewe Alexandra bosses deemed him ready to press his first-team claims at Gresty Road and decided he should return to his parent club.

His improved form in recent weeks have not gone unnoticed by the League Two side and his hard work and ability to hold down a place in Altrincham side has earned him a recall.

While disappointed at having to part with a player who has become a firm fans’ favourite since making his debut in a 3-0 Vanarama National League North win at Darlington three months ago, the club have not completely given up on seeing him in Alty colours again at some stage.

Dale, who turned 20 at the start of this month, formed a potent wing partnership with John Johnston that has been the scourge of opposing defences in recent weeks. Both quick, direct and in their element taking on defenders, their presence in the starting line-up has enabled Alty to cause mayhem down both flanks during an unbeaten league run that stretches back to the end of September.

‘Owen has got better and better with every game and has made a positive contribution as an Alty player,’ said director Rob Esteva. ‘His attacking play has taken the eye, naturally enough, but he has also shown a willingness to double back and help out defensively when need be, and that is just as important to the way we play.

‘We have loved having him here, and, of course, we wanted to keep him longer, but Crewe know how much he has improved game by game and decided he should return to Gresty Road, which is understandable. Who knows how things will turn out, though? We will continue to monitor him to see if there is any chance of possibly bringing him back later in the season to help continue his progression.

'At the same time, we have brought Kallum (Mantack) into the squad and we have high hopes for him. He's improving with every training session and absorbing all the information fed to him by Phil, Neil and Mark to get him up to speed tactically. James Poole is also edging closer to fitness and we hope to see him back in the squad in the near future too.'

As Dale heads back to Gresty Road, everyone at Altrincham thanks him for his highly-valued efforts and wishes him all the best for his future career in the knowledge the door is always open to him should he need to return.

Also departing The J.Davidson Stadium is Charlie Scott, who can operate in midfield or defence and joined the club a month ago after leaving Manchester United in the summer. Though he played the full 90 minutes in the 2-0 Cheshire Senior Cup defeat to Congleton a month ago, he has been an unused substitute in his three other appearances in Alty’s matchday squad.

With his priority being minutes on the pitch to build up his strength and fitness, and the form of those ahead of him barring the way, it was mutually agreed he would be best served seeking game time at another club.