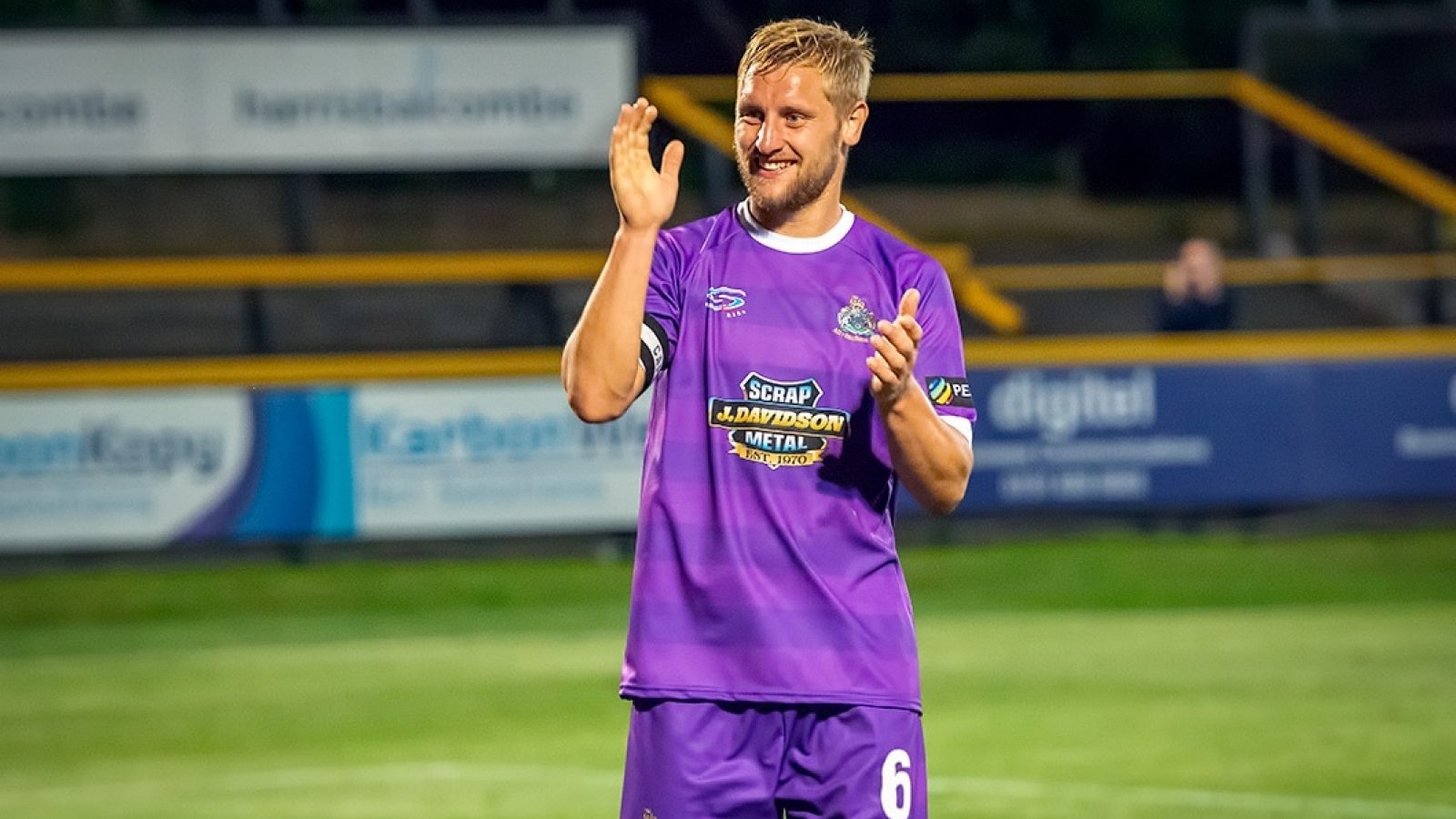 The following is an extended version of  an article Press and Media Officer John Edwards submitted for inclusion in this week's Sale and Altrincham Messenger.

Phil Parkinson hailed an inspirational captain’s performance from Jake Moult after Altrincham made light of Southport’s standing as early-season promotion favourites with a stunning 3-1 win at Haig Avenue on Tuesday night.

After investing heavily on and off the pitch, Southport are expected to challenge for the Vanarama National League North title, but they had no answer to a vibrant Alty side who went in front through summer signing Liam Goulding and wrapped up victory with superbly-taken late goals by John Johnston and Jordan Hulme.

While elated at a performance expertly marshalled by experienced skipper Moult, Parkinson still sounded a note of caution, ahead of Saturday’s trip to Spennymoor and a home game with FC United of Manchester next Tuesday.

‘The lads were absolutely superb and thoroughly deserved the victory,’ he said. ‘I take great pleasure in it, because we all worked ever so hard for it in pre-season and are reaping the benefits, in terms of physical condition. I'm so pleased with the lads that everything we asked them to do, without running them into the ground, they did.

'It was things like certain runs, keeping registers and making sure all the data was being monitored. We kept on top of where everyone was and tracked all the performances, and it has really paid off, because the fitness we showed was probably the most pleasing aspect for me. There is no doubt we can play, but to maintain those sort of fitness levels is phenomenal.

‘Jake was just exceptional. It was a real skipper’s performance, getting in blocks, tackles and headers but also being outstanding in possession. He was fouled at one point but then nutmegged one of their players straight after. It was the complete holding midfielder’s performance.

‘If the lads continue to play like that, they are going to be a real force this season, but they have set the benchmark now, and they have set it very high. I said this would be a benchmark game for us, and I couldn’t have wished for a better response. Looking at the strength and depth of the squad, I was encouraged, but we can’t get carried away after two games of what is going to be a long season.

‘We’ve had a great result and a great evening, and we will all enjoy it, as I hope our fans will, because they’ve turned out in numbers and given us great support again. We should enjoy it, because people say you can't play that brand of football at this level, but we are proving you can, and full credit to the lads for that.

‘But I really do hope people will keep their feet firmly on the floor and maintain a sense of perspective, because we are a new team in this league and there will be twists and turns. There is a long, long way to go, and we won't lose sight of that.’