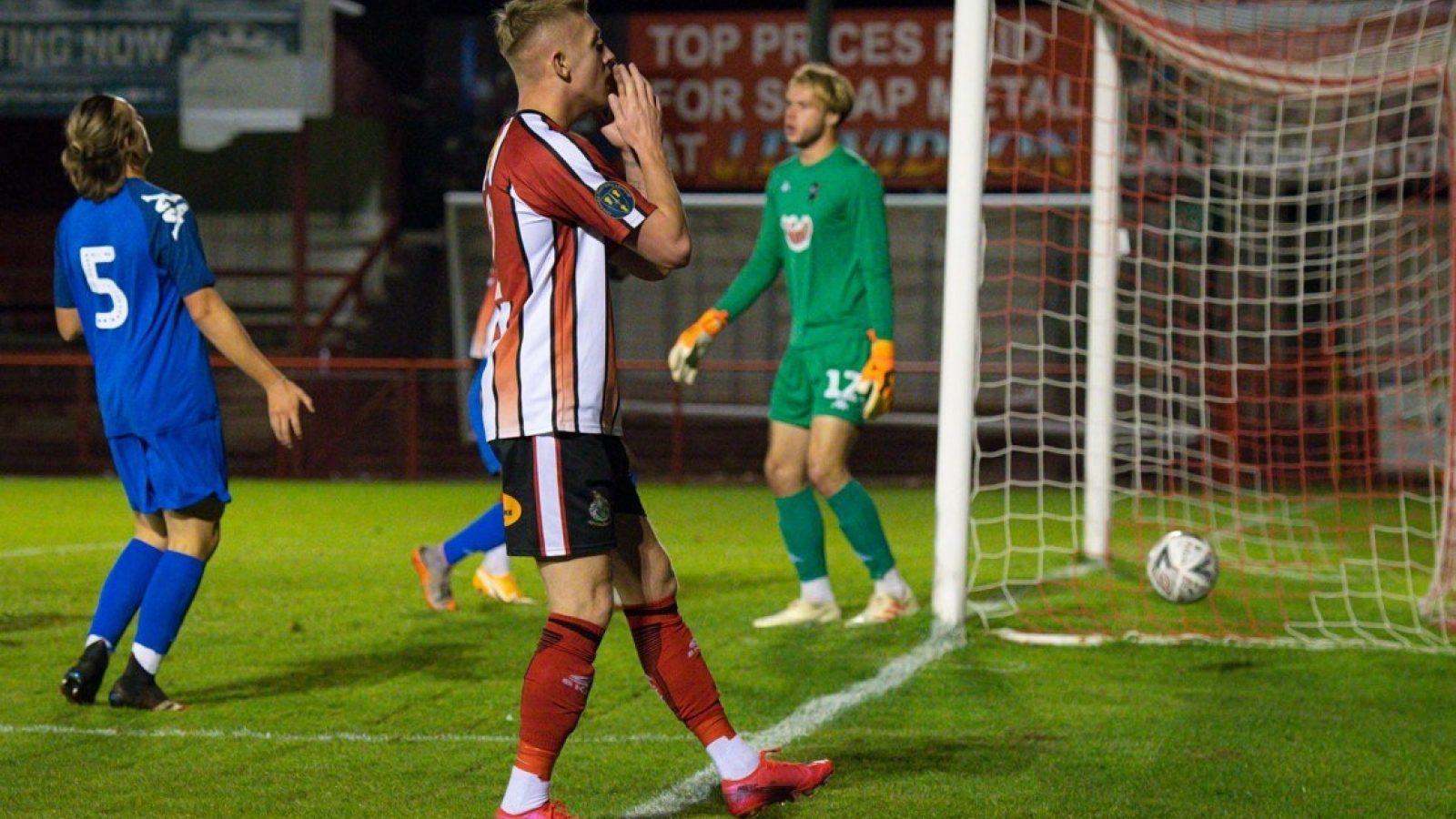 The Altrincham manager, who celebrated his 40th birthday a week ago is delighted with his latest recruit.

"I'm really happy with Joel. He's very similar to Shaun Densmore, obviously without his vast experience & know-how. He can see what I can see, that there is potential for him here & when he sees those opportunities, he's got to take them & I think someone like Joel will."

Senior, who has featured in the last 5 pre-season fixtures has been assigned number 24 in the squad. The 20 year old hit the headlines in May last year with a dream move from Curzon Ashton to Burnley, having previously starred for FC United of Manchester, where he won 'Players' Player of The Year' & 'Manager's Player of The Year' at the age of just 18.

After signing, Joel spoke to Aiden Beswick for his first interview as an Altrincham player & you can watch that interview below.