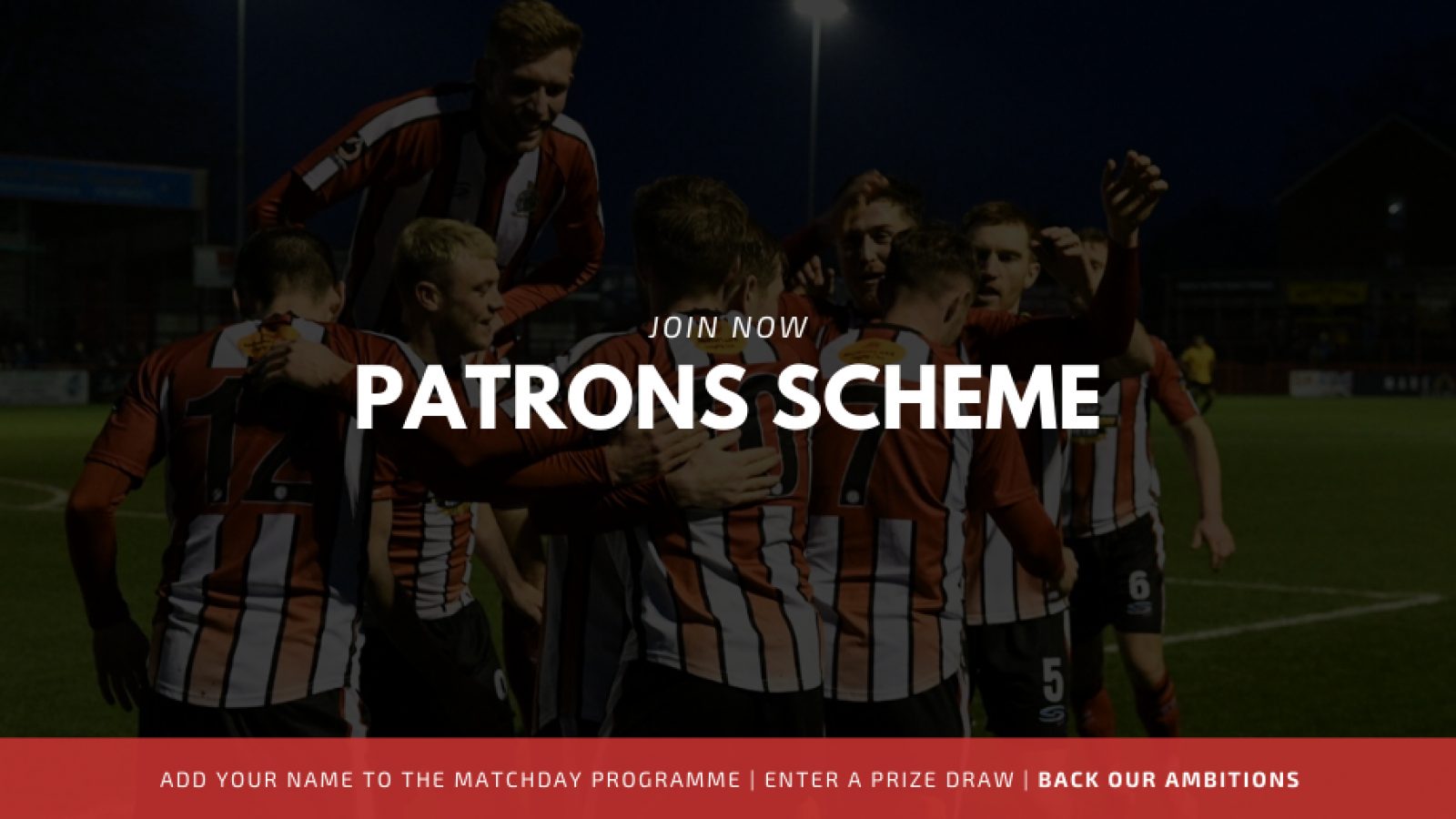 There isn’t much we can rely on in these uncertain times, with today’s inclement weather at odds with the forecast and even previously-infallible goal-line technology being found wanting on the Premier League’s return to our screens last night.

But there is at least one constant we can count on. Whenever help is needed at The J.Davidson Stadium, Altrincham supporters are always quick to provide it.

The Patrons’ Scheme is one shining example. Every summer, when football takes a break and income streams dwindle to a trickle, the cry goes out for supporters to rally round and help keep the club going by becoming a Patron.

Each £50 joining fee makes a difference, particularly when multiplied by the number of Alty devotees who unfailingly respond. In each of the past two seasons, the total has been 202, meaning an invaluable extra contribution of £10,100 to the club’s coffers each time.

It seems incredible, amid all the current uncertainty, that not only has the 200 barrier been smashed again, the figure actually stands at a new high. Alty fans have confounded the mood of doubt and caution that's been the norm for so long by springing into action and backing the appeal to such an extent there are now 206 who can call themselves Patrons of the club.

There are incentives for joining, of course, such as a mention in every Robins Review match programme throughout the season and free entry into prize draws, but, for many, the real reward is knowing every penny they pay goes directly into the playing budget for manager Phil Parkinson.

As Alty director Rob Esteva remarked: ‘It’s an absolutely amazing response. The last two seasons are the only times we have broken 200, so to do it again with a new high in the current climate is nothing short of remarkable but says everything about what the club means to the fans.

‘We’ve committed in recent years to putting these funds straight into the playing budget, and that will continue to be the case. It gives us the best possible chance of making our mark in the play-offs, should they proceed as planned, and on next season, whichever division we are in.

‘In terms of the play-offs, we know that testing and the whole process of getting the lads back in is going to cost a significant amount, but this kind of support gives us the confidence to commit to making these key decisions.

‘Likewise, whether we are in the National League itself or the North Division again, we will go into next season in great shape to make an impact. That’s the difference Alty fans make with the way they get behind the club, and it is hugely appreciated by everyone.’

We may have broken the record for the scheme but there is still room for more to sign up and it makes the perfect gift for Father's Day this Sunday! Full details of how to sign up can be found here! You can join the following list of Patrons who we thank for their magnificent support: