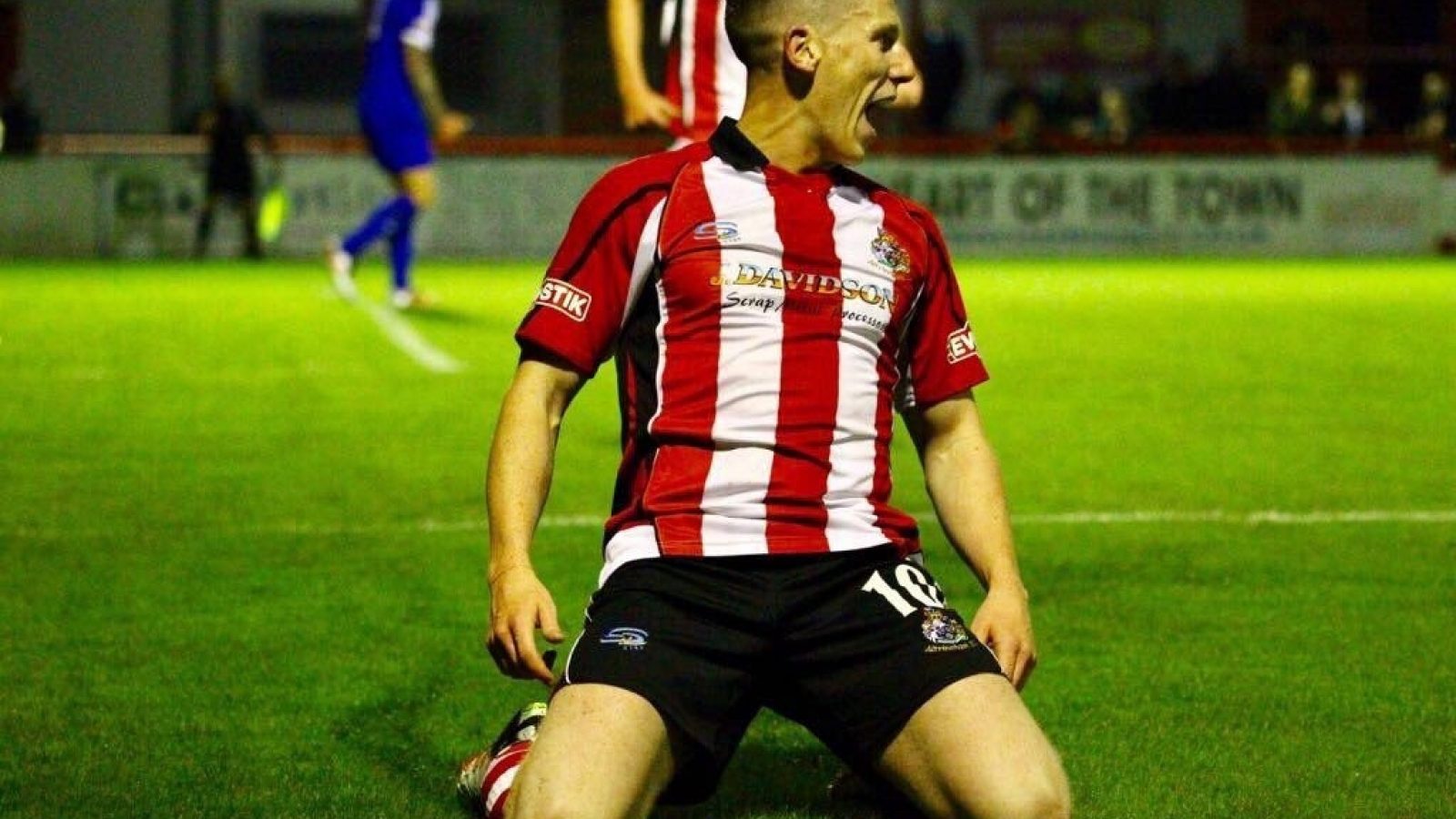 Tom Peers has made a welcome return to The J.Davidson Stadium, but Elliot Wynne has been released in what Altrincham manager Phil Parkinson described as 'the toughest of decisions.'

Versatile frontrunner Peers left Alty in search of regular first-team football last November, when FC United of Manchester offered him the chance to spearhead their bid to avoid dropping out of the Vanarama National League North.

Despite giving it his best shot and contributing five goals in the second half of the season, Tom couldn't stop FC United's steady slide towards relegation.

As he weighed up his options for next season, he was under no illusions about a return to Alty meaning another fight for a first-team starting place in a squad packed with talent.

But the lure of linking up again with his former team-mates, and the familiar management duo of Parkinson and Neil Sorvel, proved irresistible, and he has now put pen to paper at Alty for next season.

Initially snapped up from Nantwich in 2017, Peers' wholehearted approach endeared him to Alty players and supporters alike, and he could always be counted on to make an impact, either as a starter or off the bench.

Equally effective as the main striker or operating on the right flank, he scored 11 times in his first season and was on three goals from 12 appearances, nine of them as substitute, when the call came from FC United seven months ago.

In all, he scored 14 goals in 59 outings, 29 of them as substitute, first time around, and everyone at Alty hopes there will be many more to come, as he prepares to relaunch his Robins career.

Elliot arrived at the J.Davidson Stadium last August after performing heroics for Abbey Hey in an FA Cup tie against Alty the previous year.

He made seven league starts and three in the cup last season, keeping two clean sheets, but his game time prospects began to look bleak when Steven Drench arrived from Bradford (Park Avenue) and then Tony Thompson hit peak form after the new signing was sidelined by injury.

Elliot leaves with everyone's good wishes, and Alty boss Parkinson was in no doubt the 21-year old could consider himself unlucky not to be kept on.

'It was an extremely tough decision to make, but I had to take everything into consideration,' he said. 'Tony had an outstanding end to the season, not to mention his contribution to our title-winning campaign in the Northern Premier League, so that left me facing the really difficult decision of having to release Elliot, so he can further his development elsewhere, which I'm sure he will do.

'He is a fantastic keeper, and I know he will go on to do well, wherever he ends up.'