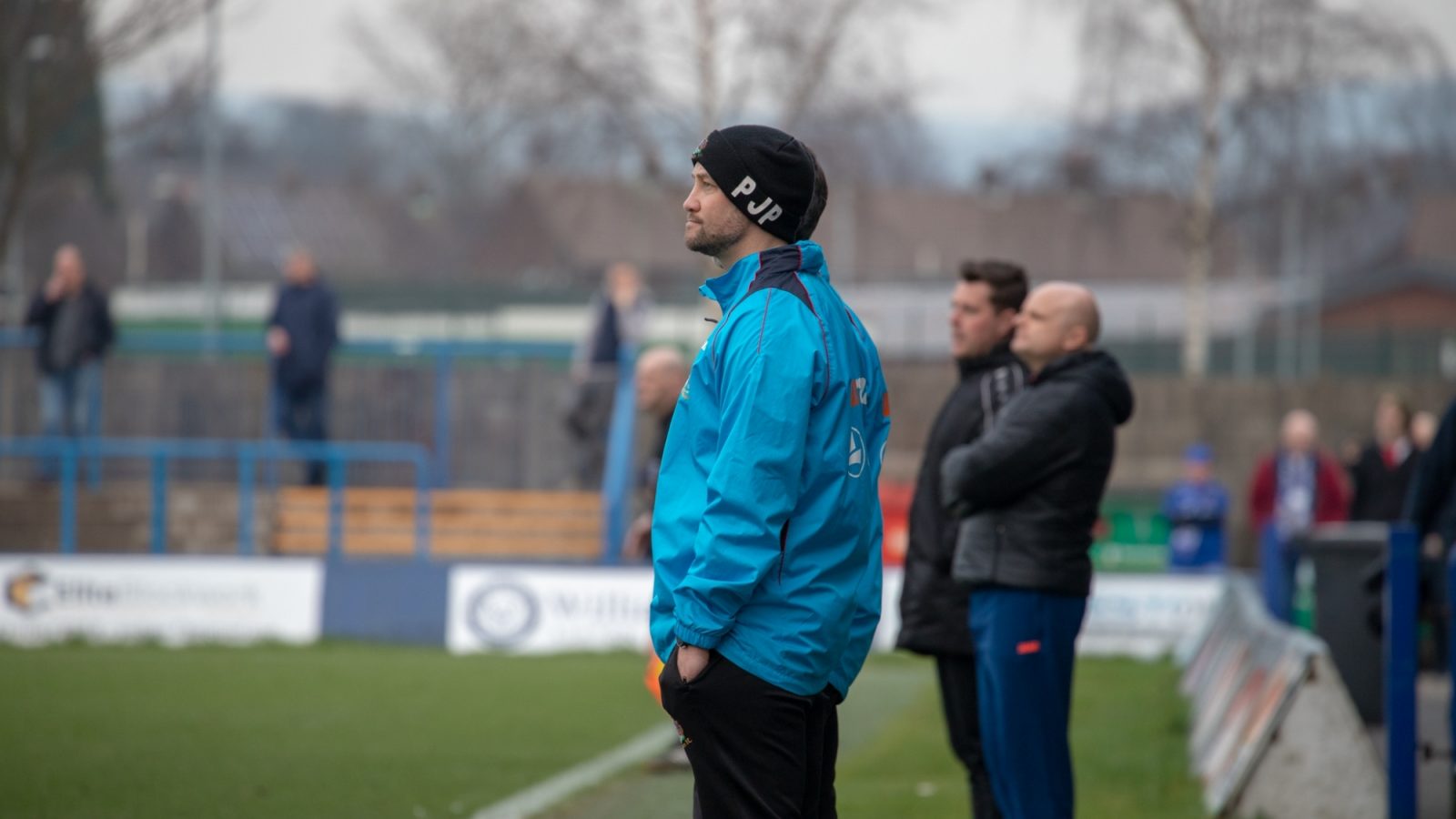 Altrincham's promotion dream came to an agonising end as they suffered penalty shoot-out heartbreak after another nerve-shredding two-hour battle of attrition at a packed Victory Park.

Stunned by the loss of goalscorer Josh Hancock to a straight red card in the 73rd minute, five minutes after he broke the deadlock, the 10 men gallantly held the fort in the face of a fierce Chorley bombardment and were only pegged back when Josh Wilson bundled the ball over the line eight minutes from time.

They refused to yield in a Chorley-dominated extra 30 minutes but ultimately had a play-off final trip to Spennymoor snatched away from them when a remarkable performance from keeper Matt Urwin tilted the spot-kick shoot-out the home side's way.

It was tough on Phil Parkinson's unchanged line-up after they matched long-time league leaders Chorley all the way in a semi-final that was as tense and tight as expected before a crowd of nearly 3,500.

Tony Thompson's form since regaining his place from the injured Steven Drench has been outstanding, and the Alty keeper excelled again with an exceptional reflex save from a point-blank Andy Teague header following an 11th-minute corner.

It was by no means all Chorley, though. Alty were determined to take the game to the Magpies at every opportunity, and they reiterated the point in the 14th minute, when Yusifu Ceesay ran at Matt Challoner, glided past him and fired narrowly wide of the near post.

Not for the first time this season, Alty used the right flank to good effect, with John Johnston very much to the fore. The winger's pace constantly unnerved Chorley's defence, and when he cut inside and threaded a pass to Jordan Hulme, it gave Alty's top scorer the chance to turn his marker and hit a shot into the side netting.

A couple of minutes later, Johnston's ingenuity led to Alty's best chance of the half. After surging down the right, Johnston played the ball in to Hulme and latched on to a clever back heel from his team-mate before setting up Hancock for a chance the attacking midfielder blazed over from an inviting position.

Chorley are renowned for going from strength to strength in the second half, and it was easy to see why, as Marcus Carver drilled a shot against the base of the post in the 46th minute.

Carver tested Thompson again five minutes later, and in the ensuing scramble, it took a timely challenge from Connor Hampson to stop Wilson opening the scoring.

Jordan Hulme was still feeling the effects of a first-half knock and had to give way to James Poole in the 55th minute. Alty seemed to be up against it, a feeling reinforced when Elliot Newby found space for a low drive Thompson did well to turn way at full stretch.

Yet in the space of five minutes, they had the game in the palm of their hands, only to have it cruelly whisked away again. Hancock was at the heart of both key moments.

First, he fastened on to a superb pass from Shaun Densmore, beat the offside trap and kept his cool to confound Urwin with a low drive into the corner of the net to give Alty a priceless 68th-minute breakthrough. Five minutes later, a challenge on Carver led to angry Chorley players surrounding referee Elliot Swallow, who left Hancock aghast by producing a red card and leaving Alty to battle it out a man short.

They were just eight minutes away from mission accomplished when Teague won yet another high ball into the Alty area and Wilson forced it over the line from close range.

Extra time became an exercise in survival for Alty. They accomplished their objective, but there were scares along the way, not least when Scott Leather fired narrowly wide and another former Robin Josh O'Keefe had a header acrobatically saved by Thompson.

Penalties were greeted enthusiastically by a massive travelling support, in recognition of their team's admirable defiance, and the noise levels soared still higher when Alty won the toss for the kicks to be taken at the away end. There was to be no repeat of Wednesday night's penalty perfection against Blyth Spartans, however, when the first 12 spot-kicks were successfully converted before one was finally missed.

Thompson gave Alty hope by saving the opener by Alex Newby, but Urwin took the honours with three successive stops to pave the way for Chorley to book themselves a play-off final at home to Spennymoor with a 3-1 win.

It was tough to take for Parkinson and his players, after putting so much into the two play-off games, but it took nothing away from a memorable campaign that has further reinforced Alty fans' sense of pride in their club.