Peterborough United next for U18s in the FA Youth Cup 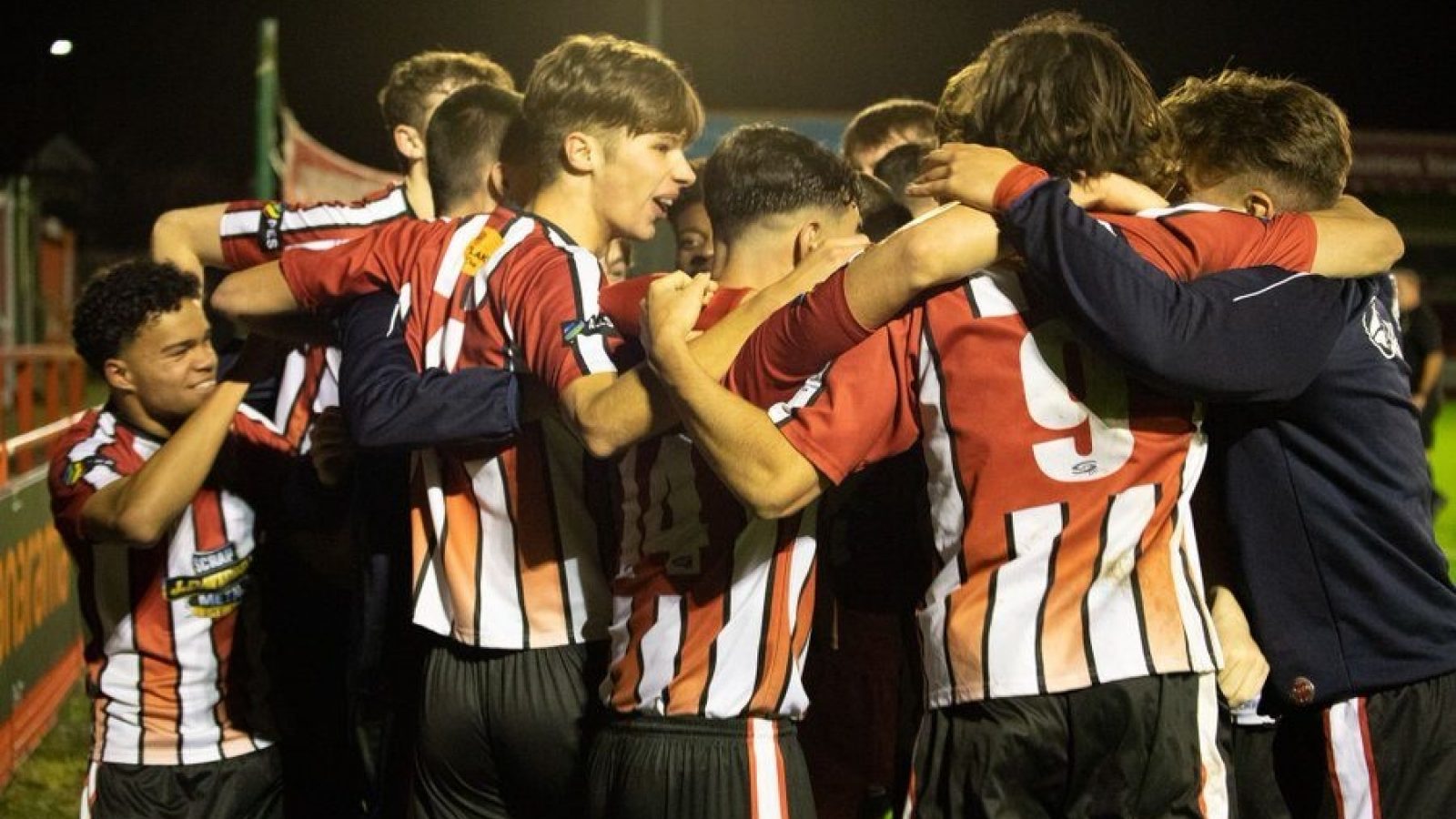 Altrincham U18s will be aiming to reach the FA Youth Cup 3rd Round for the first time in its history when Peterborough United visit The J.Davidson Stadium for a 2nd Round tie on Friday November 20th.Kick-off is at 6.30pm.

The club has received confirmation from the Football Association that the tie can take place as both Altrincham & Peterborough United are elite clubs.

The tie will be played behind closed doors but will be streamed by 'Alty TV Live'.

The U18s won 3-1 at Eccleshill United on Wednesday night against a team that had scored 18 goals in their 3 games to that point.

Alex Goulden, whose superb 88th minute header had kept Alty in the competition against South Shields in the previous round, was at it again on Wednesday, opening the scoring on the quarter hour mark. Theo Donachie's free kick was flicked on by Matt Sumner to Goulden, who controlled the ball before finishing neatly.

Early in the 2nd half, the young Robins were awarded their 3rd penalty in 3 FA Youth Cup games & Goulden doubled his & Alty's tally from the spot.

Eccleshill replied immediately to halve the arrears but Luigi Mongan calmed any nerves by restoring a 2 goal advantage with a perfectly placed 74th minute free kick to complete the scoring.

U18s manager, Paul Fay was delighted with his team:-

"I’m pleased for the lads about the result. The success was a display of their ability as individuals and as a group to perform and take on instruction with the game plan which we have been working on during the last few sessions."

"It was difficult to go away from home against a full time squad and watching Eccleshill performance against Gateshead we knew that we had a tough game ahead."

A heartfelt celebration from Luigi Mongan in tribute to former Altrincham Juniors player, Jeremy Wisten, who very sadly passed away recently.
Luigi and Jeremy first played together for Altrincham FC Juniors at the age of 7.

"As we progress now into the second round against Peterborough at home, this is where the differences will be more clear between us being part time and a full time League One club.  The game will be a challenge but I’m confident if the players perform it will be a good game to watch."

We are delighted that the game is going ahead & the support from the Football Club has been excellent from streaming the games to organising the transport for the game on Wednesday and I hope that the U18s will continue to impress the supporters for the season ahead."

"It’s very pleasing to see the result from the Senior Cup for the first team where players were involved who started with our first year youth squad and that the player pathway we have engineered at Altrincham FC has started to pay off."

In Wednesday night's FA Youth Cup squad 3 players are with our current youth development squad,  11 of them started there last year of which 3 have come through from the U7's at Altrincham FC Juniors."