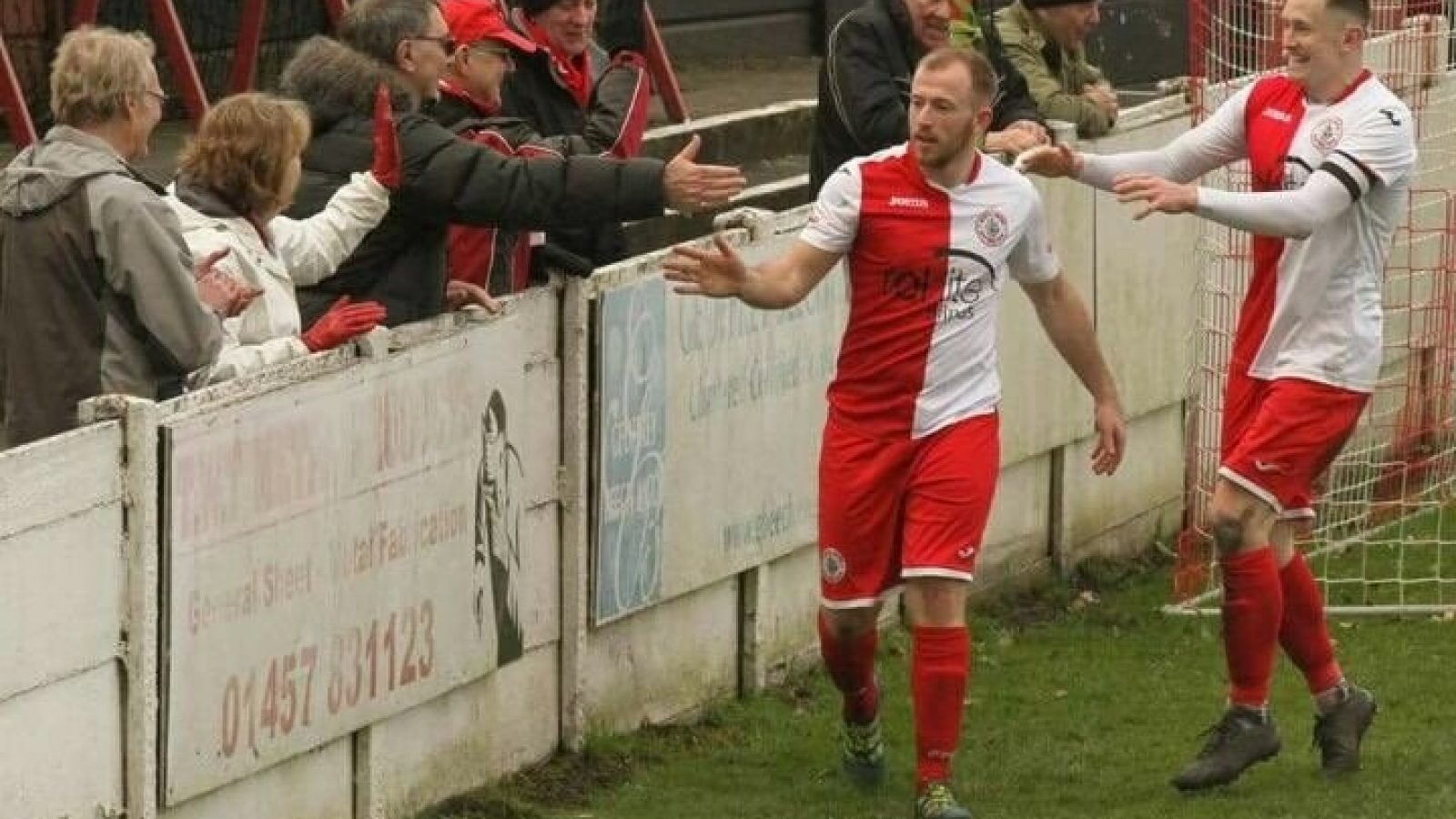 The Alty boss was alerted to versatile frontrunner Chadwick's decision to quit Hurst Cross for a fresh challenge and was delighted to be able to confirm earlier today that he had won the race to sign the free-scoring forward.

Though the signing was completed in time for tomorrow's key Vanarama National League North fixture with Chester, Chadwick recently picked up a slight knock and is unlikely to be risked.

Even so, the 26-year old's arrival at The J.Davidson Stadium is a major statement of intent about Alty's play-off ambitions after the impact he made at Ashton, where he topped the scoring charts with 23 goals in 2016-17 and was their main attacking threat last season and this.

Named in the Northern Premier League team of the year in 2014, his decision to stick with Ashton for another season 18 months ago was hailed by manager Jody Banim as crucial to his plans for a promotion push that ended in triumph when they beat Grantham 2-0 in the play-off final to follow Alty into the Vanarama National League North.

After Ashton found themselves embroiled in a relegation battle, Chadwick began to wonder whether he needed the stimulus of a fresh start and finally took the plunge by tweeting last week: 'It's time for a change just wanted to say a massive thank you to everyone at Ashton United FC be hard to top last year's feeling in football wish all the best to the lads, fans, board and management for the rest of the season.'

His finishing prowess is well known to Alty supporters after last season's league and cup encounters with Ashton.

In a League Cup tie at The J.Davidson Stadium, he gave Ashton a third-minute lead after cutting in from the right and rifling a low drive past Tim Deasy from the edge of the area. The game went to penalties, after finishing 3-3, and Chadwick converted the opener before Alty went on to shade the shoot-out 4-3.

In the first League meeting, his bustling style earned Ashton a couple of free-kicks in dangerous areas in the first half, and he tested Tony Thompson with a fierce drive, only for Alty to run out 3-2 winners at The J.Davidson Stadium.

The return game at Hurst Cross is a painful memory for Alty followers after we appeared well set for the points at 3-1 up, only for Chadwick to crown a spirited Ashton fightback with a headed equaliser in the 89th minute.

Equally at home anywhere along the front line, the left-footed attacker is now ready to compete for a place in Parkinson's promotion-chasing side, and everyone at the club extends a warm welcome to him and wishes him every success in Alty colours.

An interview with Matt, accompanied by photos, will appear on the website at the earliest opportunity.