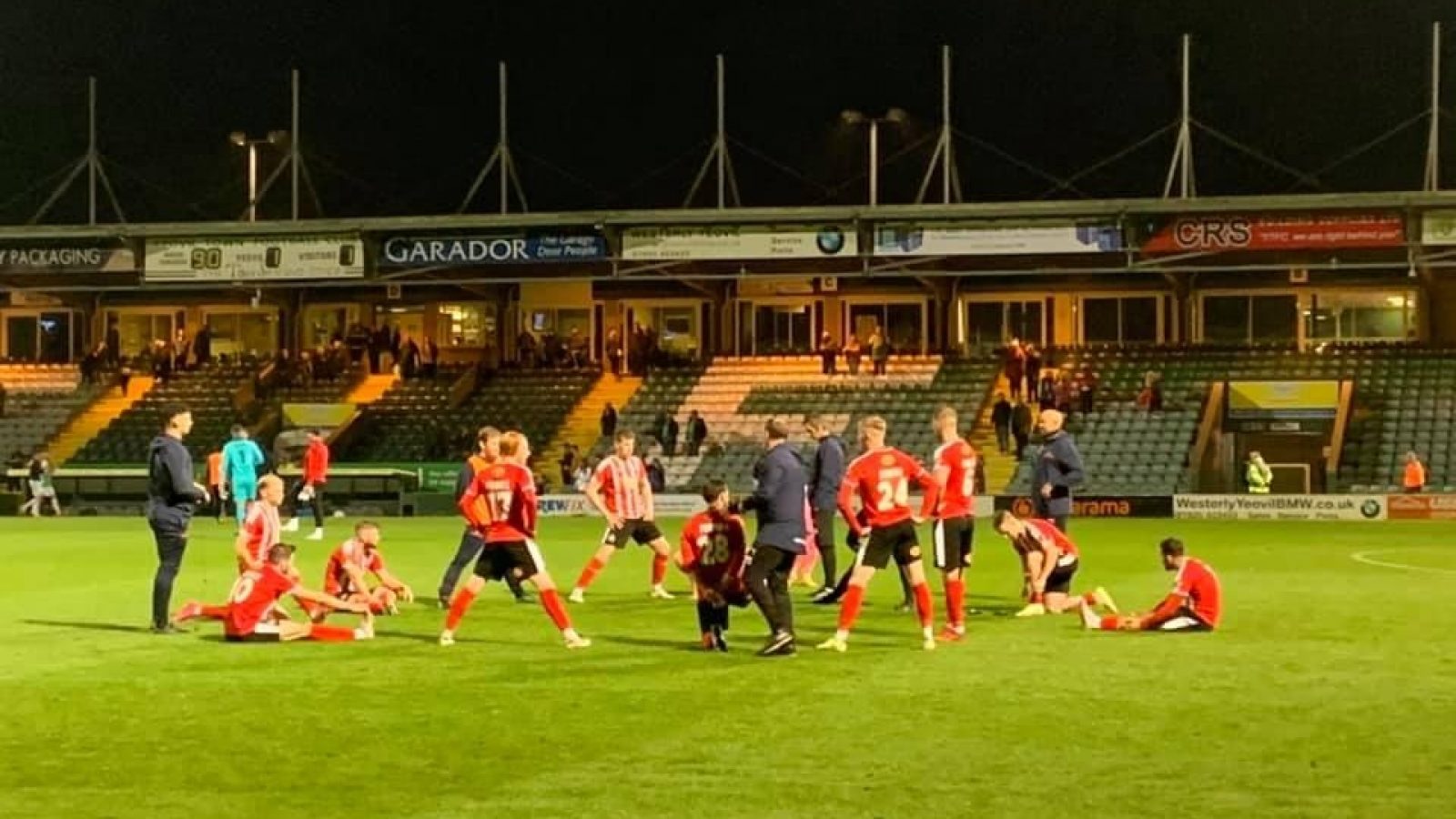 Everyone a hero......Alty warm down after meeting numerous challenges & setbacks at Huish Park to come away with a 1-1 draw that puts the Robins into a play-off position after 10 games.

Photo: Pete Hughes. 1 of 31 Alty fans who made a gargantuan effort to travel over 400 miles to Somerset on Tuesday

Phil Parkinson spoke to Brian Flynn on Wednesday evening, reflecting on an heroic team performance in the face of huge adversity at Yeovil Town on Tuesday night.

Phil also discusses another victory for the Academy at Bradford (Park Avenue) on Wednesday afternoon & looks ahead to Saturday's FA Cup trip to Southport.