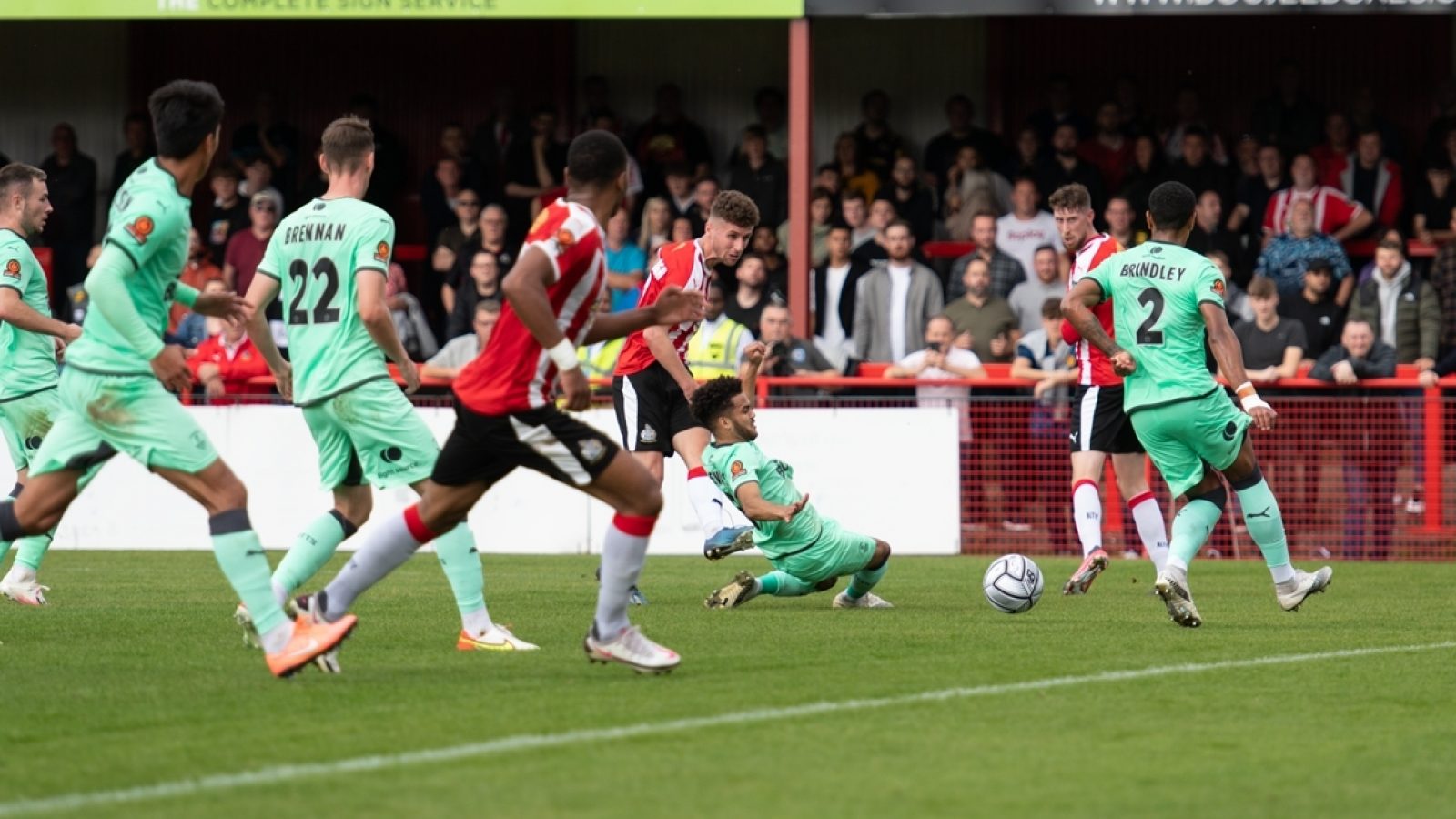 Don't look back Dinanga, look across.

Marcus Dinanga is set to pounce on Ryan Colclough's perfectly delivered ball to condemn Notts County to their first defeat of the season.

Phil Parkinson spoke to Brian Flynn after a superb performance from the Robins who deservedly beat the Magpies in front of a bumper crowd of 2569 at The J.Davidson Stadium.