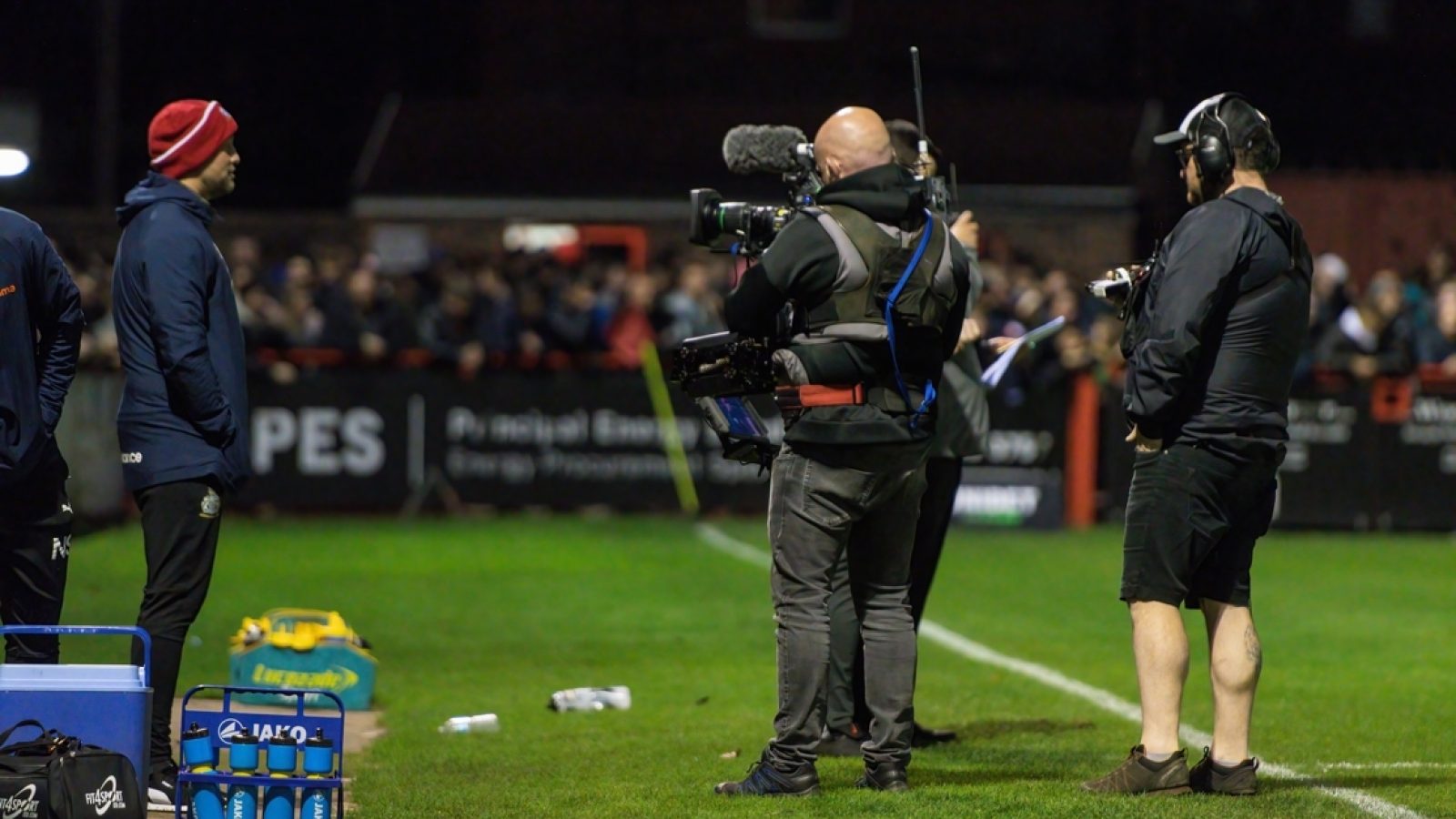 Phil Parkinson spoke to Brian Flynn after his side went down to in-form Solihull Moors in The National League on Tuesday night. It was a gallant effort as the Robins were without 12 players who were either injured or isolating, following a member of the backroom staff testing positive for COVID-19.

The game was broadcast live on BT Sport & played in front of a staggering attendance of 3683 as the clubs 'Footy for a Fiver' initiative proved hugely attractive to the football public of Altrincham & surrounding areas.