Phil strengthens at the double as Dean and Joe sign on! 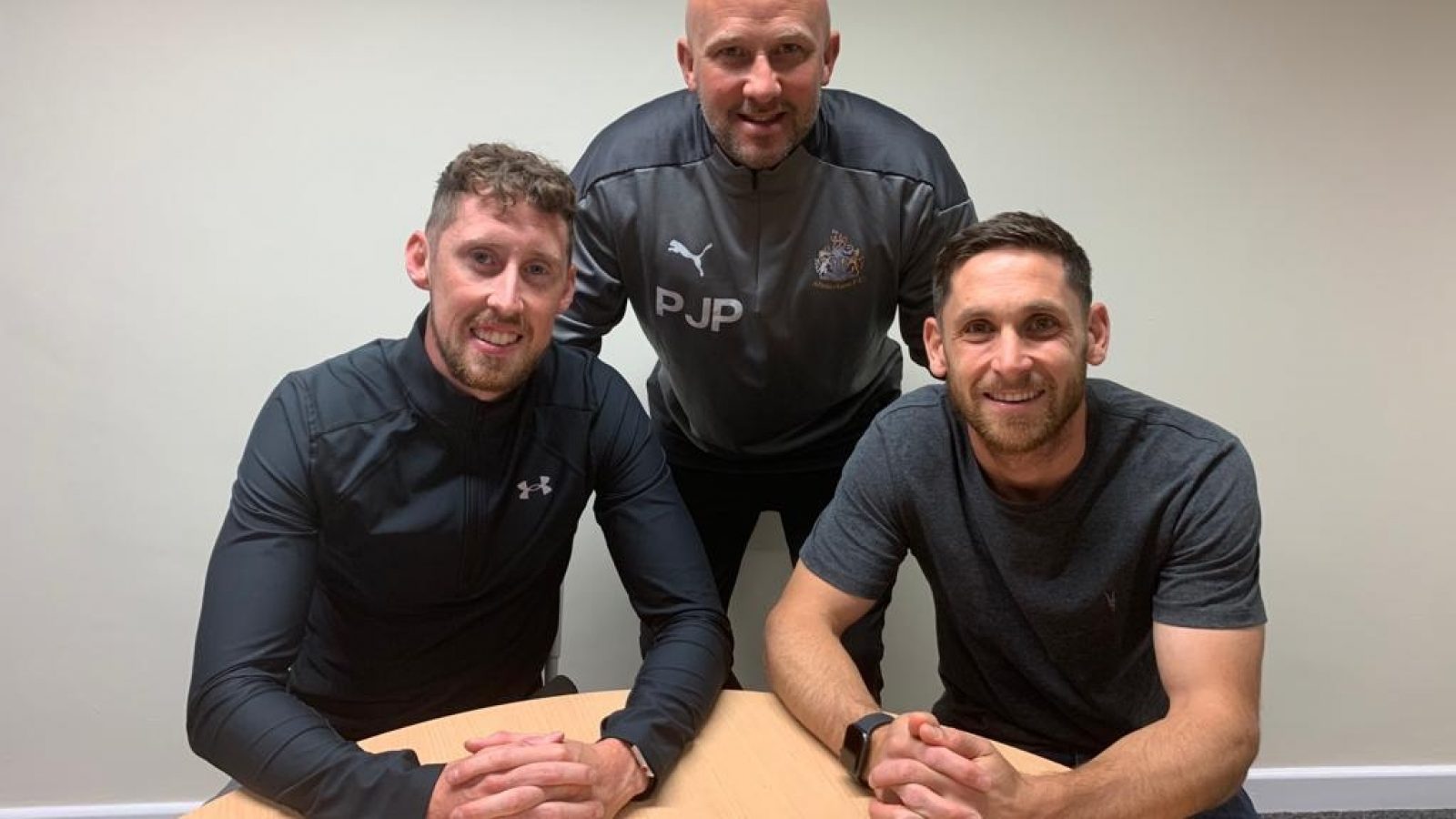 The Alty boss was named Vanarama manager of the week after masterminding an outstanding 3-1 victory over last season's beaten play-off finalists at Plainmoor.

But there is no sign of any resting on laurels in the Alty camp after two new faces signed in at The J.Davidson Stadium last night and joined the club subject to FA and National League approval.

In a double move that will intensify the competition for places in an increasingly-impressive looking Robins squad, Phil was on hand to welcome vastly-experienced midfielder Dean Furman, who turned 33 two months ago, and versatile defender Joe Bunney to the club.

Furman, a product of Chelsea's youth system after moving to England from his native South Africa as a young boy, made over 200 League appearances for the likes of Oldham Athletic, Bradford City, Doncaster Rovers and Carlisle United, where he played last season, before impressing Alty's management team in training and pre-season match action.

Manchester-born Bunney, a 6ft 2in 27-year old defender who plays as a left-sided centre-back or at left-back, made 122 appearances for Rochdale before joining Northampton for an undisclosed fee in January, 2018.

He more recently had spells with Hartlepool United and Grimsby Town and, like Furman, he looked the part when given an opportunity in Alty's pre-season programme.

In wishing them a warm welcome to The J.Davidson Stadium, everyone at Alty hopes both Dean and Joe have a happy and successful stay at the club.

*Watch out for Alty TV interviews with both new signings here on the club's official website, starting with Dean at 5pm this afternoon and continuing with Joe tomorrow.