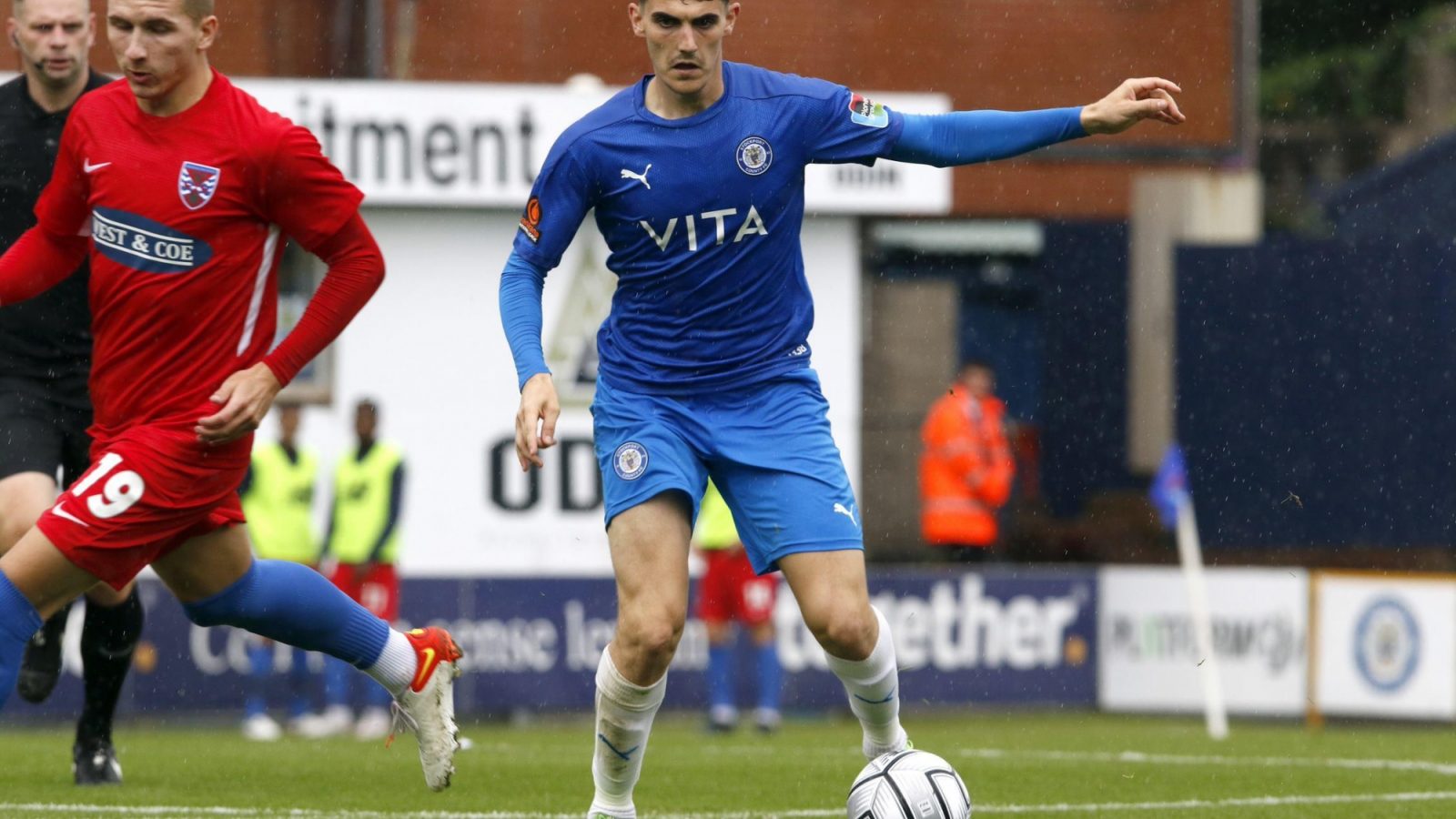 *By the left .. Tom Walker in action against Dagenham & Redbridge at Edgeley Park. Picture courtesy of Stockport County.

Phil Parkinson has bolstered his depleted Altrincham squad with a double signing after bringing Tom Walker and Barry Baggley to The J.Davidson Stadium for the next month.

Walker is a left-flank specialist with a Football League pedigree and an eye for goal, while Baggley is a highly-promising central midfielder who has already been capped at under-21 level by Northern Ireland.

Their arrival on a one-month loan, ahead of tonight’s live TV Vanarama National League match with Solihull Moors, could hardly be better timed after Alty were hit by a string of injury and illness problems.

Salford-born Walker launched his career at Bolton Wanderers, making his debut as a substitute against Leeds United in January, 2015 and scoring his first goal for them against Wigan Athletic two months later.

He went on to make 11 Championship appearances that season, and after playing 18 times for the Trotters in total, he had spells with Stockport, FC United of Manchester, Salford City, AFC Fylde and Harrogate Town, who signed him in August last year, just a few days after recruiting Connor Kirby from Sheffield Wednesday.

Capped twice by England C, the left-sided midfielder makes the short journey to Alty from Edgeley Park after rejoining County on a one-year deal in July.

Belfast-born Baggley joined Fleetwood in September, 2018 after first making his mark with Glentoran in the Danske Bank Premiership in Northern Ireland.

He made his senior debut for Fleetwood as a substitute against Walsall in March, 2019, making him the club’s youngest-ever League player at 17 years 57 days and earning praise from manager Joey Barton for his “determination and desire”.

Now 19, such has been his progress in the meantime that he was awarded a new three-year contract in July, with development squad head coach Stephen Crainey saying: “Barry has great ability, and I have no doubts about him. He was outstanding in a pre-season game against Blackburn’s first-team last year, and that showed what he can do. We’ve got real faith in him."

Everyone at Alty would like to wish both Tom and Barry a successful and rewarding stay at The J.Davidson Stadium.