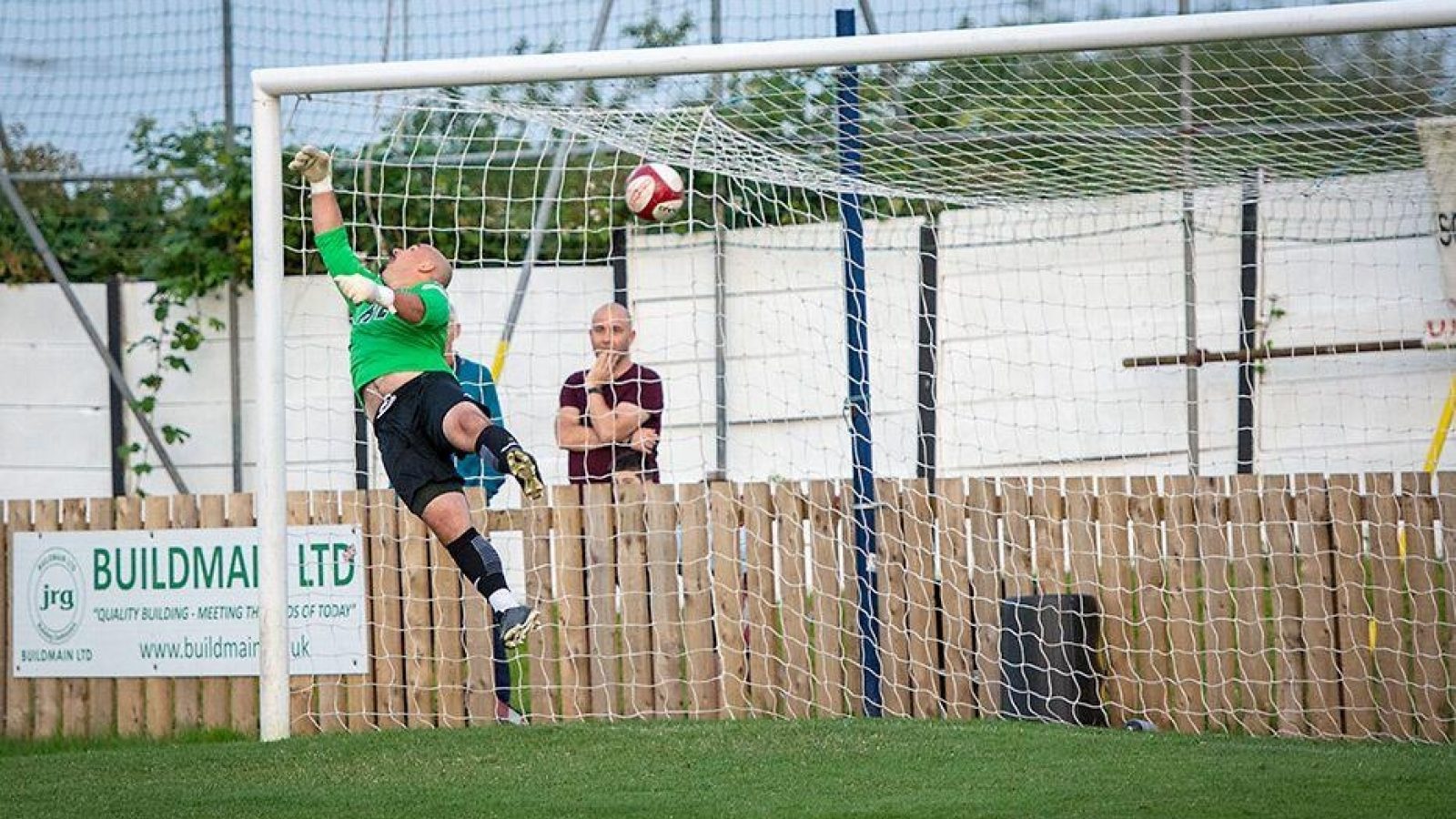 *No chance .. Atherton Colleries' keeper is flailing at thin air, as Max Harrop's free-kick arrows into the top corner. Picture by Michael Ripley.

Max Harrop has been challenged to add consistency to his other qualities after a stunning long-range free-kick from the Altrincham midfielder lit up their latest pre-season friendly at Atherton Colleries on Tuesday night.

From nearly 30 yards out, Harrop took just two strides, almost in slow motion, before whipping a left-foot shot with power and swerve into the top corner of the Atherton net to put Alty 2-1 ahead.

The home side punished a defensive mix-up to force a 2-2 draw, but while Parkinson was unhappy with that aspect of Alty's play, he spelled out the possibilities for Harrop if he can produce his best on a regular basis.

'That free-kick was Max all over,' said the Alty boss. 'He is an unbelievably gifted player who can produce those flashes of brilliance, but he has to work on his consistency, and he knows it.

'It's whether he can do that week-in, week-out. That's the challenge for him, because if he can hit those levels, no-one will get near him. He's got that flair to beat his man, and we don't want to take that away from him, but he has to know where and when. No-one rates Max more than I do, but I want to see the best of him every time.

'I was really disappointed with the sloppiness of our defending at times. They have been told about that, and it will be eradicated. Overall, I was pleased with the reaction to Saturday's heavy defeat to Crewe, and I thought Tom Peers was outstanding and thoroughly deserved his goal.

'He was a big reason why we were able to press high up the pitch in the first half, and he has given me food for thought. He has put a bit of pressure on Jordan Hulme, with the energy and touches he showed.'

On-trial ex-Fylde winger Lewis Walters showed up well on the left flank and is likely to feature against Blackpool at The J.Davidson Stadium on Saturday (3pm). It is hoped keeper Steven Drench and full-back Andy White will be fit enough to take part.