Phil's as good as his word with THREE loan signings! 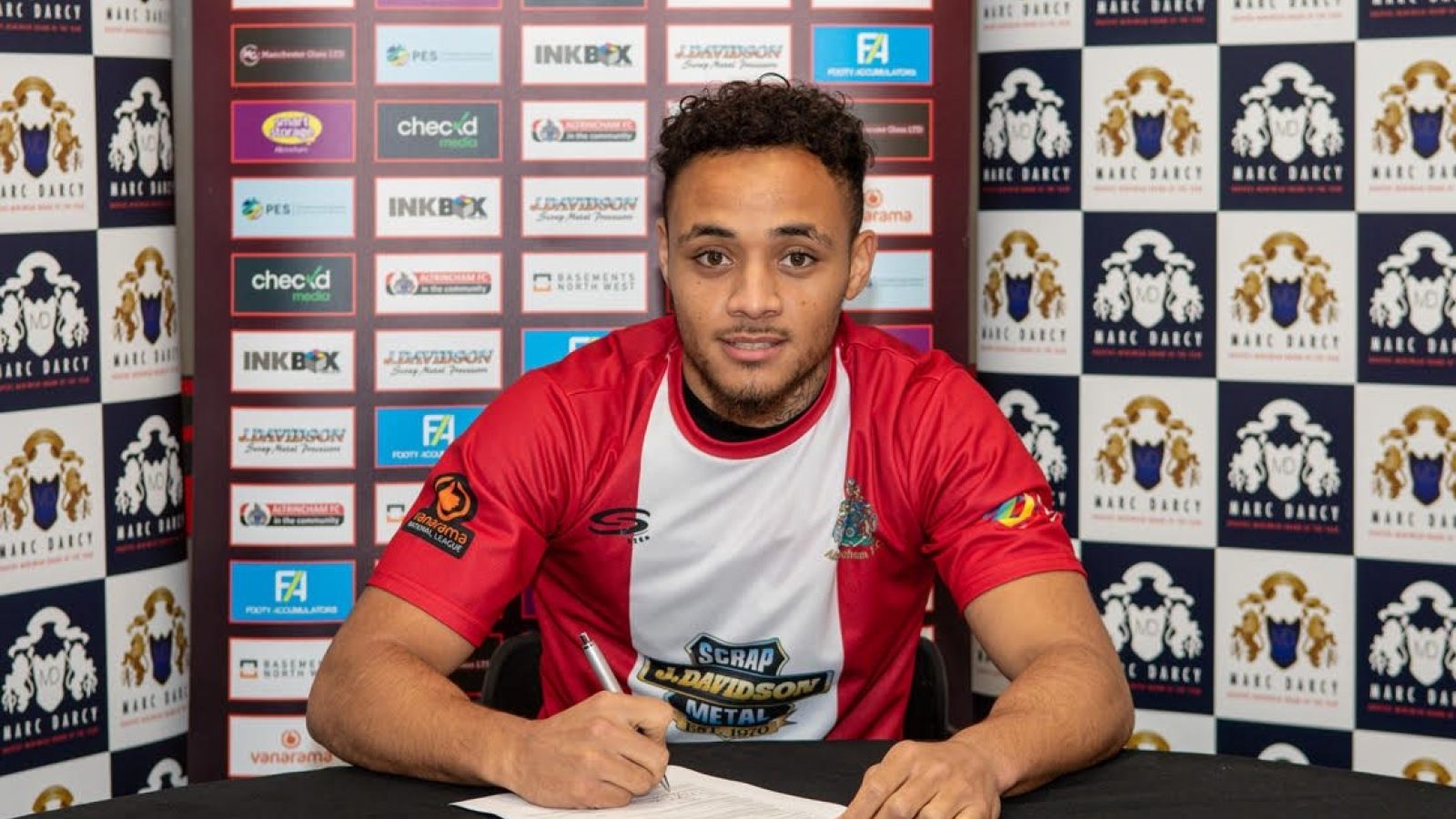 Phil Parkinson has backed words with deeds in dramatic style by raiding the loan market to bring three new faces to The J.Davidson Stadium.

Reflecting on a 3-1 defeat in a frank post-match interview at Bromley on Saturday, the Altrincham manager pulled no punches about his side's five-match losing run and vowed to 'do something about it.'

Barely 48 hours on, the promise of decisive action has duly been fulfilled, after he took delivery of three loan signings who should significantly increase his options at both ends of the pitch.

All on a one-month loan, the Robins boss has recruited striker Montel Gibson from Grimsby Town, towering centre-back Yoan Zouma from Barrow and versatile full-back Reagan Ogle from Accrington Stanley, and all three are available for tomorrow night's Vanarama National League fixture with Woking at The J.Davidson Stadium.

Livewire frontrunner Gibson is an exciting acquisition who underlined his scoring prowess in one electrifying season at Halesowen recently when he notched an astonishing 31 goals in 46 appearances.

Sponsor a player now or become a Patron and help support the Robins!

His razor-sharp form that season included an FA Cup third qualifying round outing against Altrincham at The Grove, in which he failed to hit the target in a 2-0 defeat for the home side but constantly troubled the Robins defence.

The Birmingham-born 23-year old started out at Notts County in 2016, making his debut as an 18-year old in a 1-0 League Two win over Hartlepool United and appearing five times in all, prior to brief spells at Ilkeston Town, Redditch United and Bedworth United that led to his spectacular scoring feats with Halesowen.

Such was his eye-catching impact with the Yeltz that it prompted then-manager Ian Holloway to offer him a three-year contract at Blundell Park, and his 19 appearances for Grimsby so far this season means he arrives at The J.Davidson Stadium in prime condition and raring to go in Alty colours.

Zouma has an impressive pedigree, as the younger brother of Chelsea and France defender Kurt Zouma and with considerable Football League experience under his belt with Bolton Wanderers and Barrow.

The 6ft 3in centre-back joined Bolton from French side Angers SCO on a two-year deal in August, 2018 and made 23 appearances for them last season before signing for Barrow last October.

On securing his signature, David Dunn, boss of Barrow at the time, said: 'Yoan has some really good attributes. He is quick, and he defends the space in behind really well, and I feel we have got another player in who is going to be really good for the future.'

Aussie full-back Ogle, who turns 22 at the end of this month and hails from the New South Wales city of Wollongong, roughly 50 miles south of Sydney, began a two-year scholarship at Accrington in the summer of 2015 at the age of 16.

He made his debut in the EFL Trophy tie against Wolves in November, 2016 and subsequently had loan spells with Ramsbottom United, Wealdstone, Southport and, most recently, AFC Fylde, and his arrival is particularly timely after Connor Hampson and Shaun Densmore both picked up knocks over the weekend.

On signing him last October, Fylde boss Jim Bentley said: 'He is a good young player who can play full-back either side, on the right or left. He has got good experience at this level with Southport, which is important. We need competition all over the pitch, and Reagan will certainly give us that.'

Everyone at Altrincham would like to wish all three players a happy and successful stay at the club.

*Look out for Alty TV interviews with the new signings here on the club's official website.