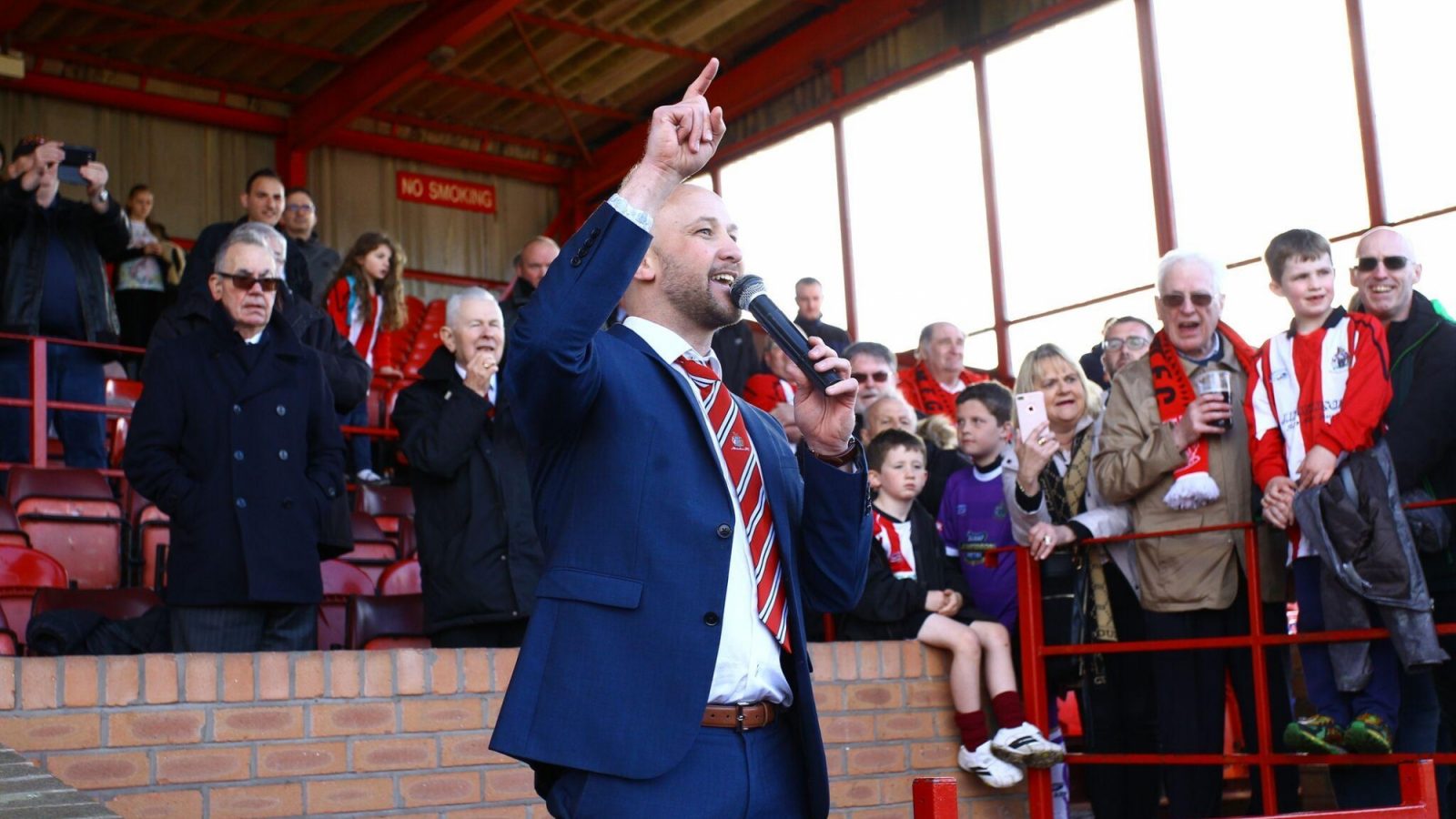 Phil Parkinson is stepping up his search for more firepower after deciding against offering terms to triallist forwards Sean Miller and Elliot Rokka.

The Altrincham manager broke the news to the pair over the weekend and explained it was based on wanting to strengthen his starting line-up, rather than merely bolster squad numbers.

Speaking after Tuesday night’s 2-1 win at Trafford, Parkinson, whose side wrap up their pre-season programme against Salford City at The J.Davidson Stadium on Saturday, said: ‘You could see tonight we are crying out for that other forward we need, but we have to be patient and ensure we make the right decision.

‘Sean and Elliot did ever so well in the earlier pre-season games, but we just need that little bit more, and that is why I am going to try to get someone in who will, I think, come into the team, not just strengthen the squad. I think Sean and Elliot would have strengthened the squad but not necessarily stepped straight into the team.

‘I’m not going to rush it, and if I don’t find someone by the start of the season, we will start with what we’ve got, because I think we are more than good enough. I haven’t got loads of money, but there is a little bit put away from Anthony Dwyer leaving, and while I’m prepared to wait for the right one, I have got players in mind. There are irons in the fire, so let’s see what happens.

‘It won’t be a case of making up the numbers. It will be someone who will give others a bit of a rocket and get people thinking: “This lad’s got something about him – he can add something to the starting X1.”’

Last season’s top scorer Jordan Hulme was on target again at Trafford, and Parkinson added: ‘Everyone is going to expect the world from Jordan, but he expects that himself. That’s why we gave him a deal last season to keep him here, because we believe in him. The lad is a goalscorer, and he’s showing it again.’