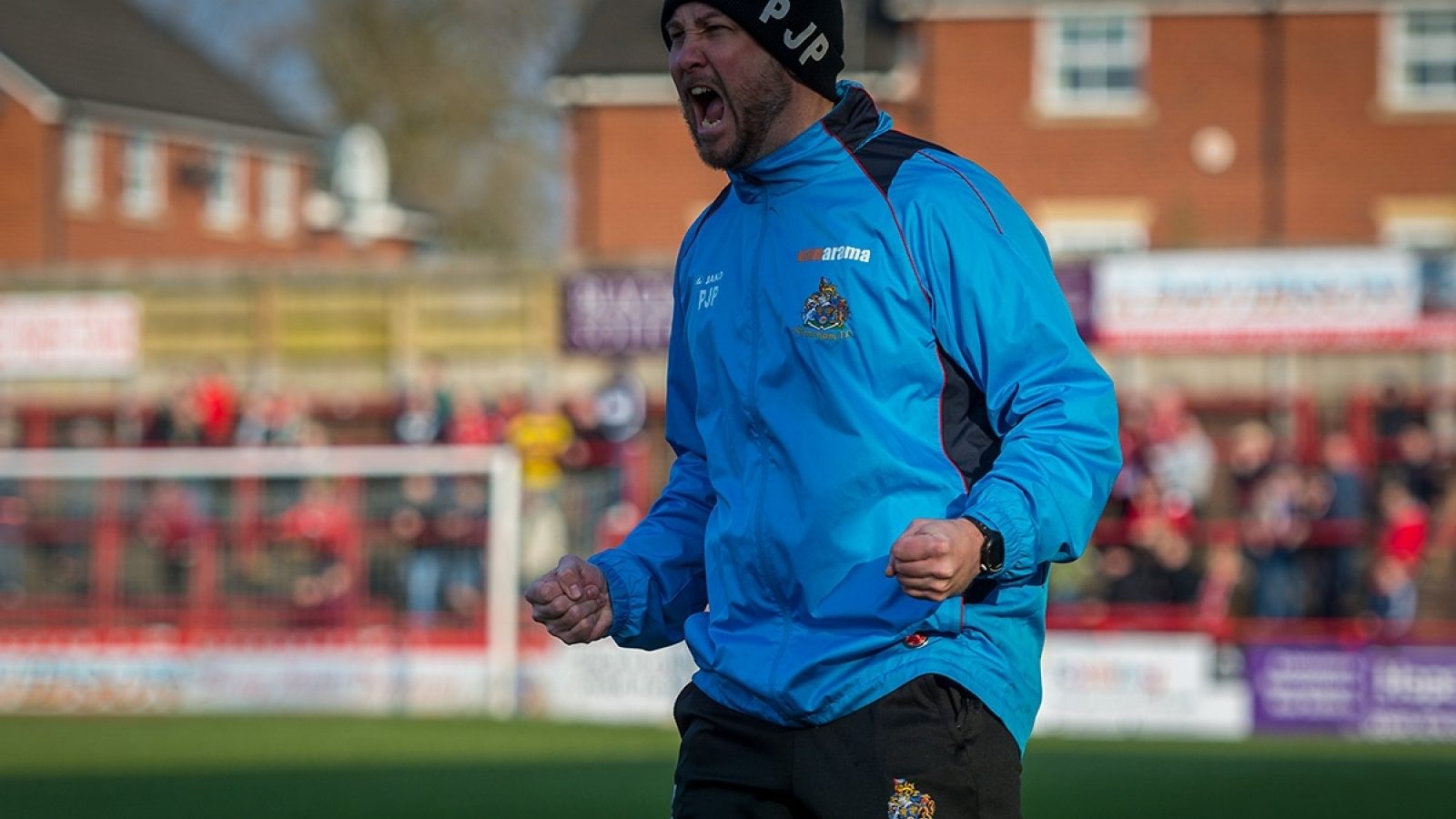 Altrincham manager Phil Parkinson delivered his thoughts on new signing Nathan Arnold and provided a squad update in an interview with press and media officer John Edwards at The J.Davidson Stadium on Sunday evening. Here it is in full.

Q: We've all heard about Nathan's interview on the National League website a couple of weeks ago, saying he was ready to play again - you got in there pretty quickly, presumably?

A: Yes, but he did touch base with me, to be fair, because I had already registered my interest in him a bit ago. Sure, a lot of other clubs were alerted to that piece he did, but I think it's the environment we can create for him here that interested him most. He can tell we are on the up, and he wants to be part of the journey.

Q: Speaking to him a few minutes ago, he certainly seemed to know plenty about us. Did you know he followed quite a few of our games last season?

A: Yeah, he listened to Radio Robins, which is quite interesting! The bit I did wonder about is the travel. That was a big concern for me, because it's a long way, but I just think the rewards massively outweigh the risks, if we provide the environment that will enable him to shine. And if he does shine, we've got a very, very good player on our hands. Of course, it's also an indication of how much he wants to play for Altrincham that he's prepared to put the miles in. I gave him every chance to think it through and be sure he was ok with that, and he was. His motivation is he wants to play for us. He wants to get his career back on track, and he sees he can do it with us. It's not about money. I told him what we could do, and he said straightaway he wanted to be on board. He knew what the parameters were and what the expectations are. He has been so positive, and that's important to me. When I speak to some players, it's hard work, and it shouldn't be hard work getting a player to Altrincham. That's why those players aren't here. If you really want to be at this club, you've got to show a desire to pull on the shirt.

Q: What can Alty fans expect to see from Nathan?

A: An exciting player. That's what he is. He has pace and power. You can see he is a really fit lad, even though he's been out of the game a while. We have a player who has a point to prove. He is going to give us goals and guile, and he is someone the other players can learn off. People like JJ can learn the defensive side of things, because Nathan has had a great education under the Cowleys during his time at Lincoln. Watching Nathan, I think one thing he is excellent at is setting traps, picking people off who are maybe not as switched on as they should be. He certainly did that to us for Boston, with that really good goal he scored against us early on last season. That will benefit other players around him, and what Alty fans can look forward to is having someone who is going to be here all season in that left side attacking role, after we had to rely on loans last season. That's what I have been looking for, someone who ticks the boxes in terms of creating and scoring. You don't always get both. There will be players who are easy on the eye but don't carry a scoring threat and others who perhaps score a few but don't contribute defensively. I would like to think, if we get Nathan right, he is going to give us the defensive and offensive traits we look for in a winger.

Q: Nathan's best days at Lincoln were only a couple of years ago - is it realistic to hope he can get at least close to recreating those?

A: Well, that's the question mark over him. It;'s all about knowing what needs doing to get back to that. It's not like we are signing a 19-year old. We are signing an experienced player, who knows the game inside out and knows his own game inside out. He will use us to get to where he needs to be - otherwise, what's the point in him travelling all this way? He knows that, and he is serious about giving himself the best chance. Looking at and listening to Nathan, he is crying out for someone to give him an opportunity and environment where he can get back to his best. He is looking for a manager who believes in him, and I certainly do. I was chasing him when he left Boston, because, for me, he gives you the wow factor, and I think that's something our fans deserve. I could have gone for someone with potential or someone easy on the eye, but what Nathan has done in the game, and what he can potentially bring to the team and the club, will certainly give us something different to what we've had in the past. He has had a bit of time out of football for personal reasons, but he is fully focused about coming back. I have spoken to him at length, and a lot of thought has gone into it, in terms of myself and Nathan. I have given him every chance to have a rethink if he had the slightest doubt about what he is taking on, and the level of commitment that is required, but he is positive he wants to do it. He could probably have got far more money closer to home, but he doesn't want the easy option. He wants the challenge, the environment and the surroundings he feels will be conducive to getting the best out of him. This is a huge, historical non-League club that is on the up, and he wants to be part of it.

Q: Is that it, in terms of new signings? Also, in terms of last season's squad, I think it's just Matt Chadwick and Callum Dolan we haven't heard about?

A: It's just possible there could be one more, but we'll have to see. Certainly, if that is it, I'm more than happy with what we've got. Don't forget, Steven Drench will be like a new signing, because his injury has completely cleared up, and he will be good to go from the start of pre-season. We've got Toby Mullarkey at the back and Tom Peers back with us up front, and I would also like to see some of the younger lads coming through the ranks from the youth and reserve sides and challenging for some minutes in the first team. I don't want to make it impossible for them to get a look-in. Ever since I arrived here, I have worked really hard at forging a link between the youth set-up and first team, and I'm looking at fine-tuning it even more. With Matt Chadwick, we'll have a look at things when he starts pre-season and address the situation then. Callum Dolan is on trial with Burton Albion, which we knew was going to happen, so we'll see exactly where that is at towards the end of the summer.