Plea to Robins fans: Help put a smile on a child's face this Christmas 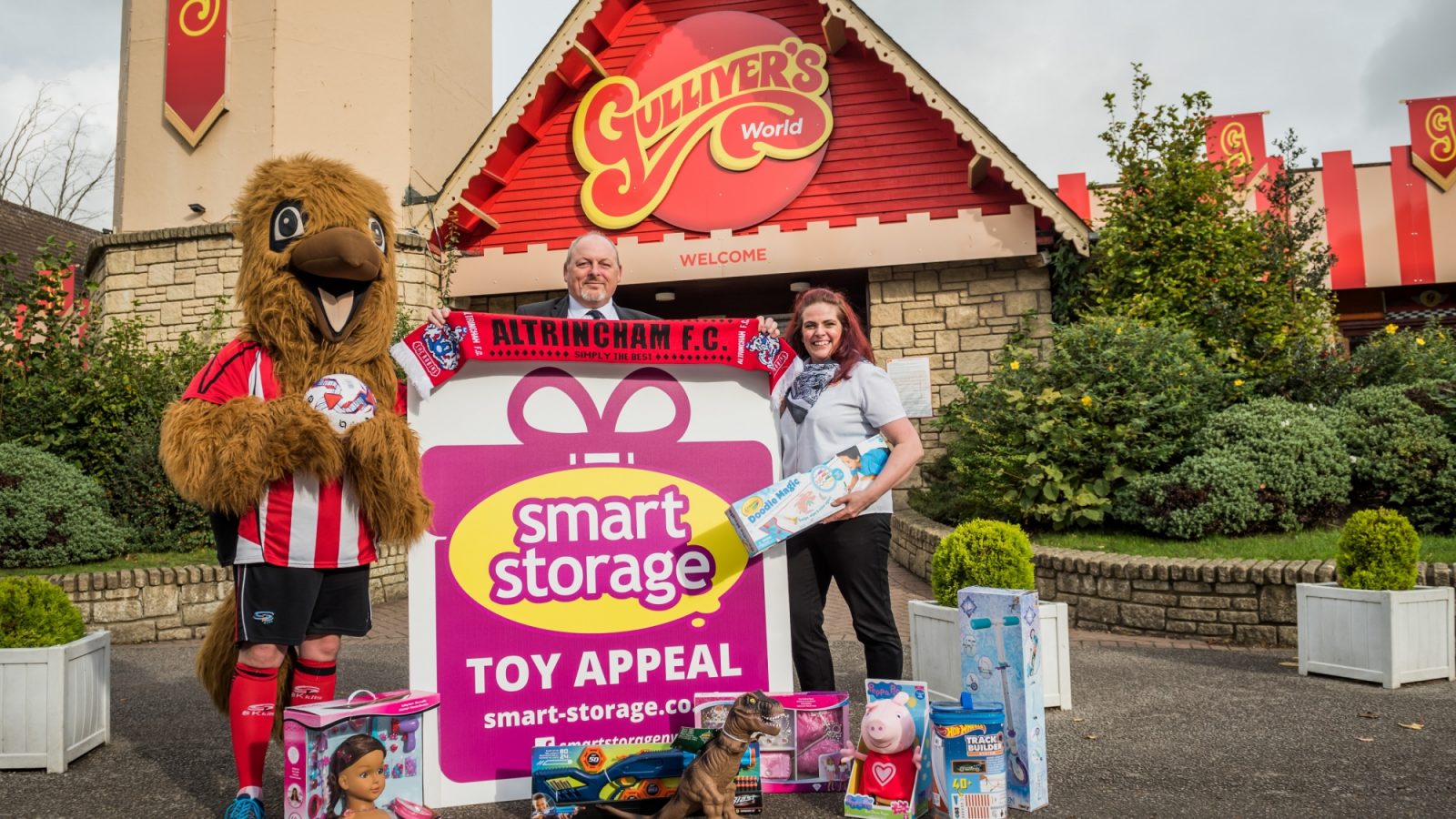 Smart Storage’s latest Christmas Toy Appeal is about to hit the streets of Altrincham, and The J.Davidson Stadium has been chosen for its launch this Saturday.

Each year, Smart Storage’s focus switches from filling units at their busy Broadheath base to ensuring there is at least something inside Christmas stockings for local children who might otherwise go without.

The plan to tackle poverty at Christmas was launched several years ago, when bosses at Smart Storage learned that not all children in the area can count on having presents to open, and it has gone from strength to strength since.

The idea for making it work is simple enough. Organisers are urging anyone who can to buy a new toy or child’s gift – more than one, if they are able to – and take it to any of the businesses that have agreed to open their doors as drop-off centres. The list of venues includes the reception area at The J.Davidson Stadium and Smart Storage’s headquarters in Broadheath. Nearer the time, Smart Storage will liaise with children’s charities and other local concerns to ensure every single donation reaches a child who might otherwise go without a present on Christmas morning.

As committed commercial supporters of Altrincham Football Club, Smart Storage have decided to launch this year’s appeal at Saturday’s home game against Ashton United, which they are sponsoring, and are hoping as many Robins fans as possible are able to bring a toy or gift with them to drop off inside the ground before kick-off and give the initiative a bumper start.

Below is a report on the appeal that Press and Media Officer John Edwards submitted to the Sale and Altrincham Messenger for inclusion in the paper’s news pages this week.

A prominent Altrincham company is appealing for public support in a bid to ensure no child in the area is without a present to unwrap on Christmas morning.

Broadheath-based Smart Storage wants Messenger readers to add one extra gift to their festive shopping list and make a local child’s Christmas by donating it at their nearest drop-off centre.

In a heartfelt plea at the launch of Smart Storage’s latest Toy Appeal, organiser Emma Greenwood said: ‘I know budgets are stretched as it is at this time of year, but there are some children who face having nothing at Christmas. Please give something to help stop that happening.’

Altrincham FC is one of several local organisations opening its doors as a drop-off venue, and the appeal officially gets underway this Saturday, with Smart Storage’s sponsorship of the Robins’ Vanarama National League North game against Ashton United at The J.Davidson Stadium.

Outlining her hopes for a campaign initiated by her predecessor at Smart Storage, Paul Whittaker, store manager Emma added: ‘If as many Alty supporters as possible could bring one present with them to the game, it would give the Appeal a fantastic start.

‘It's new toys and gifts we are looking for, and we had loads and loads to pass on to children last Christmas from an incredibly generous public. More and more people are struggling, and it’s not easy finding extra money, but one new toy can transform this Christmas for a child who would otherwise go without. Please, if you can, help make that difference.

‘If any company wants to get involved as a drop-off point, we would love to hear from them, and we will go to them to collect whatever is donated. We will publicise a full list of centres in due course, but if anyone is unsure, they can, of course, come directly to us. We’re open seven days a week, here at Craven Road, and would be delighted to receive any donation.