Poole's staying put - and so are Ben and Thommo! 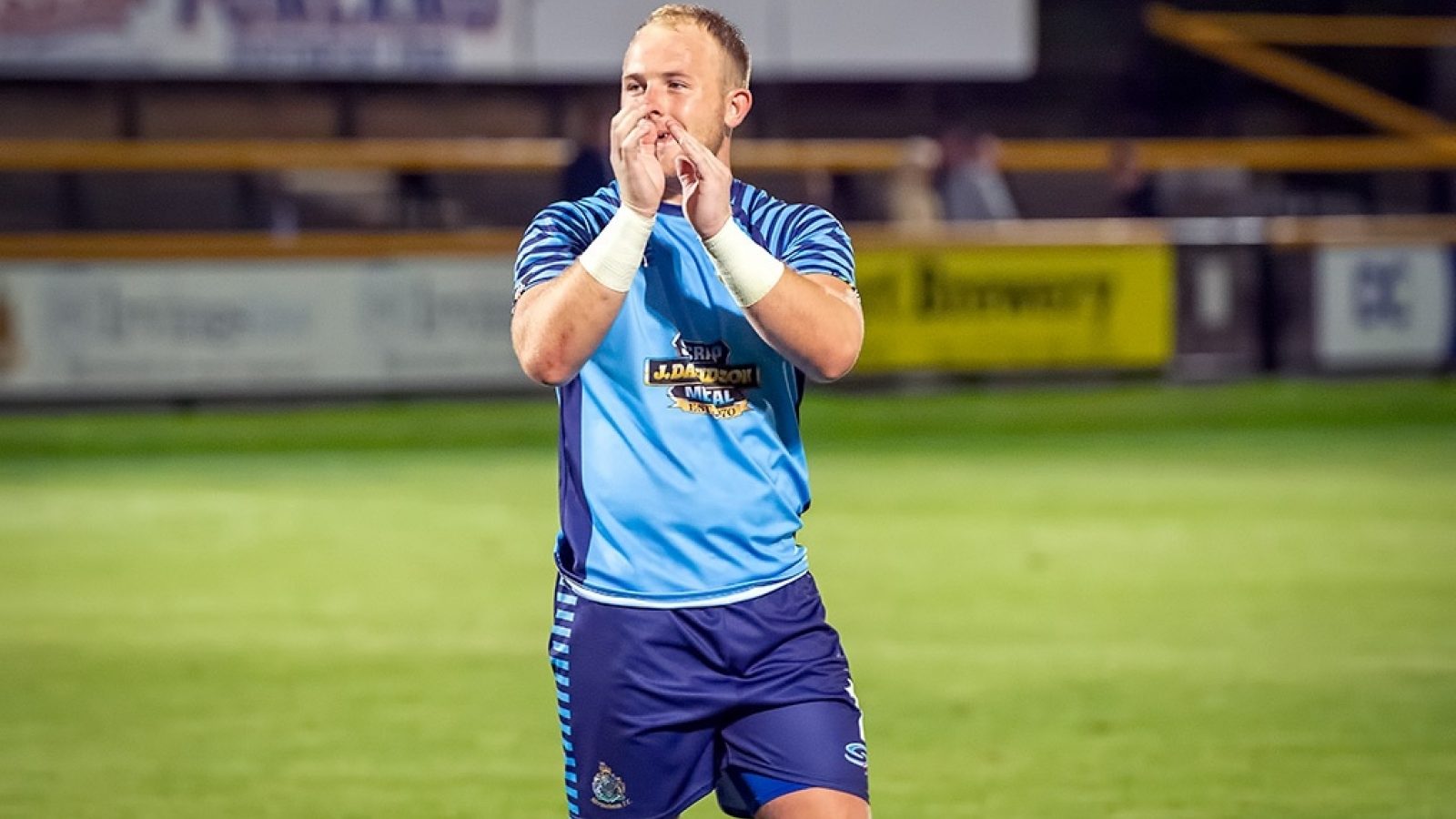 James Poole's silky skills have been safeguarded for another 12 months after he joined Ben Harrison and Tony Thompson in becoming the latest Altrincham players to sign new deals for next season.

Attacking midfielder Poole will add vision and goals to Alty's threat up front, while vastly-experienced centre-half Harrison and 24-year old keeper Thompson will increase manager Phil Parkinson's options at the back.

Poole, an FA Youth Cup winner with Manchester City before going on to make over 100 appearances for Hartlepool, made a lasting impact on Salford City's rise through the non-League divisions and was viewed as a significant addition to the Alty ranks when he arrived at The J.Davidson Stadium two years ago.

A gifted attacker with a sublime touch, he certainly lived up to his billing, scoring 13 goals and making countless assists during the course of 37 appearances in his first season.

A hamstring problem hampered his progress and limited his availability last season, but after working tirelessly to build up his fitness levels, and forcing his way back in to the Alty line-up towards the end of the campaign, he is now primed to benefit from a thorough pre-season programme and hit the ground running when the Robins return to Vanarama National League North action in a couple of months' time.

Harrison joined Alty at the start of the 2017-18 season and made an immediate impression as a cultured centre-back who timed his challenges so well he managed to clock up well over 40 appearances in the Evo-Stik Northern Premier League title-winning campaign without picking up a single booking.

Like Poole, his second season was overshadowed by injury - in Ben's case, as knee problem - but like his team-mate, he fought his way back and made a welcome return to the Alty ranks in the final few weeks.

Thompson arrived at Alty as understudy to Tim Deasy to begin with, but he soon established himself as first choice and became a key member of the NPL title-winning side.

The 24-year old could have been forgiven for wondering about his prospects when Steven Drench was signed from Bradford (Park Avenue), but, to his credit, he responded brilliantly when an injury to the new arrival opened the way for a swift recall. The larger-than-life former Southport keeper was a revelation, as Alty sealed a place in the play-offs, and he has now been rewarded with an extension to his Moss Lane career.