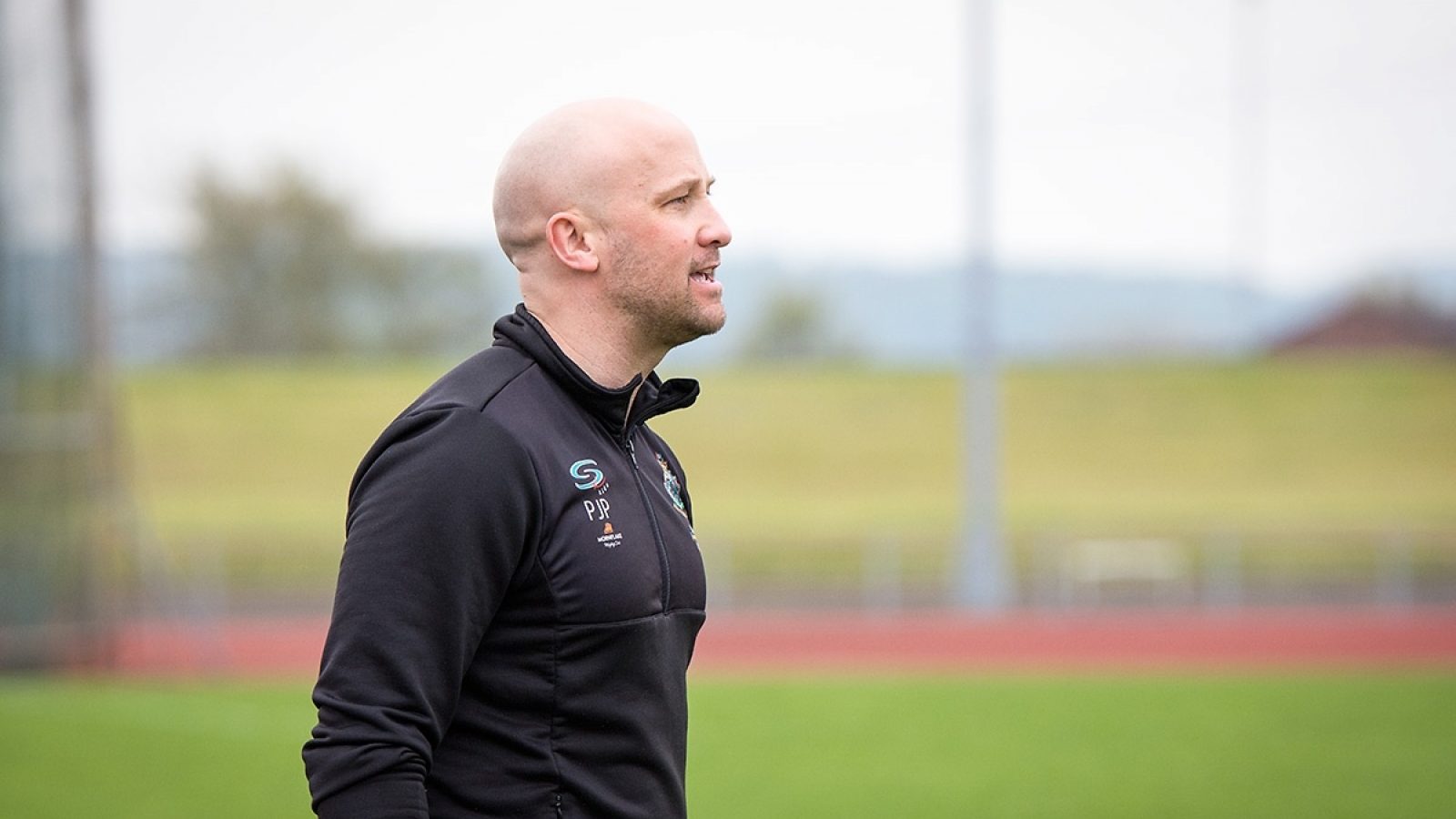 Press and Media Officer John Edwards spoke to manager Phil Parkinson after Tuesday night’s 1-0 win over Macclesfield. Here are Phil’s thoughts on the game, the ongoing search for goalkeeping cover and the Open Day at The J.Davidson Stadium on Sunday, July 29th, when supporters are invited to socialise with the players and coaching staff and have photographs taken with them. The official team picture will be taken during an event that will run from 12.30pm until 3pm.

Q: We had three fairly comfortable wins prior to this evening, Phil, but this was always going to be a sterner test – what did you make of it?

A: Results aren’t hugely important at this stage, though it is always nice of you can beat League opposition, especially when it’s local and historic rivals like Macclesfield. I’m sure the fans are going to be happy with that, but for us, it was always a case of could we keep them out. We did, and that was massive for us, with regard to the fact that, this coming season, we will play a lot of teams like Macclesfield, big, strong and very direct, as Macc were on the night. So it was encouraging that we limited them to very little. I felt we were certainly the stronger team for an hour. When we made a load of changes, they had a 20-minute spell where they put it on us, but the lads weathered it superbly. Not only that, we finished strongly and could have had a couple more goals, which said plenty about our fitness levels. Of course, it will all mean nothing if we don’t do things right at the start of the season, so the focus is on making sure everyone has minutes under their belt to be able to stake a claim. You can see players are hungry for a starting place, and that is a good sign.

Q: It will be a much tougher test for us this season in the Vanarama National League North, won’t it?

A: I keep saying the same thing, that there’s no way we can be considered favourites this coming season. But we could be a surprise package. The size and history of the club means nothing when you are out on the pitch, because unfortunately money talks, and every season in every league, the club with the biggest budget will do best, if they do things right. But they have to do it right, so we will be applying ourselves to go above and beyond in every area of everything we do to give ourselves the best chance of making an impact. When I was at Nantwich, I was in the same position in terms of the budget I had in relation to the league we were in, but we were able to challenge. That showed what is possible, and we will certainly be trying everything we can to give the fans something they can be extremely proud of again, because I feel that is what they deserve here.

Q: It was interesting to see Tom Peers furthest forward, with Jordan Hulme playing just behind him – what was the thinking there?

A: Well, Tom is a striker who can play wide or in other positions, and he has been scoring goals in America this summer, so I felt it was only right to give him a chance to stake a claim for that Jordan Hulme role as the lone striker. It is a big ask for anyone to take that off Jordan, but with Josh Hancock away and James Poole still on his way back from injury, I couldn’t think of a better time to give Tom that opportunity, with Jordan as number 10. Jordan was a bit wary about whether he could fill that role, because he’s never done it before, but he did really well. He was a threat and always creative, so it will be interesting to see him play there now and again, if the situation arises. Liam Goulding was another plus and looked very much the type of defender we like to have here. Athletically, he is probably superior to our other centre-halves, and, on the ball, he is learning very quickly about what we want him to do. He has a very bright future here, and maybe a bigger future beyond here if he keeps doing as well as he is doing.

Q: Four wins out of four presumably means it’s all going to plan so far?

A: There’s nothing not to be happy about really when you are winning games, and we will take a lot from that, because we want to get into those good habits now. But, again, you can win every game pre-season, but if you don’t go into the season opener and win it, everyone can change their opinion very quickly, as we found out last season. We will certainly keep to our philosophy. I think the fact that we decided to keep so many of the lads together is proving worthwhile and bringing its rewards because they know what we are asking of them, they know the system and they know each other. The camaraderie is already there, and with them being champions as well, they can carry that into the new campaign. I would like to think I’ve got a changing room full of winners who have bought into and are buying into the style of play we want them to do, to be brave at all times and not deviate from the game plan. That’s what I’ve said to them all; if you want a place in the starting X1, you must, more times than not, be able to execute what I’m asking you to do. Those who can will be in the starting line-up, while for those who can’t, I’ll have easy answers to give for why they’re not.

Q: Can you give us an update on the goalkeeping situation?

A: Tony Thompson is going to be number one, going into the season, so I’m looking for a certain type of keeper who is going to be prepared to go along with supporting Tony but also putting pressure on him. It’s not that appealing a selling point, saying you are coming in as number two, so I need to look for the right lad. I’m very aware that we have AJ, who did well in that role last season. If he had come back a bit stronger this summer, I probably wouldn’t be trying so many keepers, but he is really beginning to put a shift in, so he could yet be the one who fills that role. I am going to wait to find the right one. Matthew Johnson and Callum Roberts have been with us pre-season, but both have been told they are not quite what we are looking for. I will be speaking to Sean Thomas, who went on for the second half tonight, later on.

Q: What can you tell us about two other unfamiliar names, Bay Downing and Lloyd Bannister?

A: I thought they both did really well as second-half substitutes. Lloyd knows he is here just to get minutes on the pitch. We really like him, but I’ve got three full-backs, once Shaun Densmore is fit, so I’m not really going to be bringing another one in. There again, if something happened in that department, Lloyd would be first on the list for someone to bring in. We are really just helping the young lad out for now. Bay is someone we have spoken to other people about. I think he was at Macc, and he has come and asked for some minutes to show what he can do. We will review how that goes.

Q: What are your thoughts on the Open Day a week on Sunday?

A: I’m all for it, and I hope there will be a bumper turnout. Funnily enough, I was just saying, as part of the team talk, how important it was that as many of us as possible attend the Open Day. I touched on the fact that so many of our young supporters idolise these lads on the pitch, so it is important we give a little bit back and show we care about them, too. It’s not just a case of take, take, take by us. The lads will be out in force on the 29th, as will my management team, so it would be great to see as many there as possible for a really good get-together. It is something we believe in. I have told the players they will be expected to come along to community sessions and give out awards and things like that. I would like to have done more of that last season, but the focus was very much on getting us promoted. Of course, we will be aiming along similar lines this coming season, but having now got bedded in a bit more, I feel there is scope for me to do both. I will be making sure the players are physically involved with the community here as much as we possibly can be. I know the players go into the bar after games, but this will be a proper opportunity for people to speak to them face to face, find out what goes on and what they think about things and perhaps have a photo with them. How important are our fans? Well, you saw the answer to that at the back end of last season when they sucked the ball into the net at the Gold Road end in the last minute of a crucial game. Without that togetherness that existed between us, we would not have won the league. We can put the effort in on the pitch, but we need the fans behind us, doing their bit. It makes a huge difference, and we will certainly be doing all we can to maintain those close links and show we are more than just a football team on the pitch. We are part of the community as well. We will support the club and the fans in every way we physically can, and I know they will get behind us again, just like they did last season. 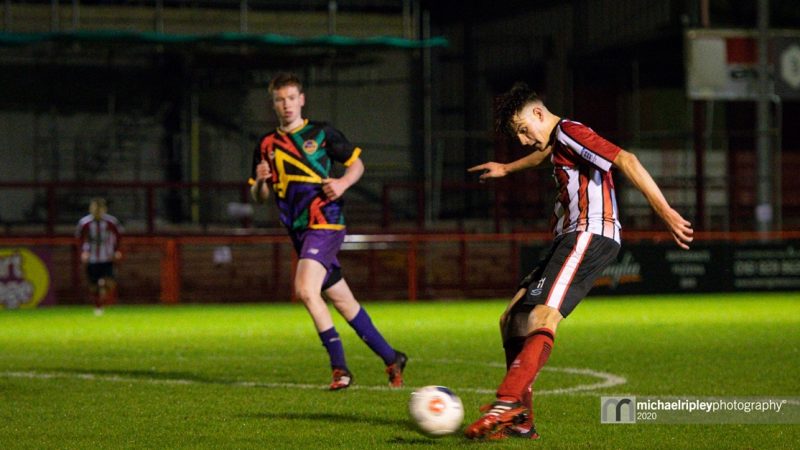 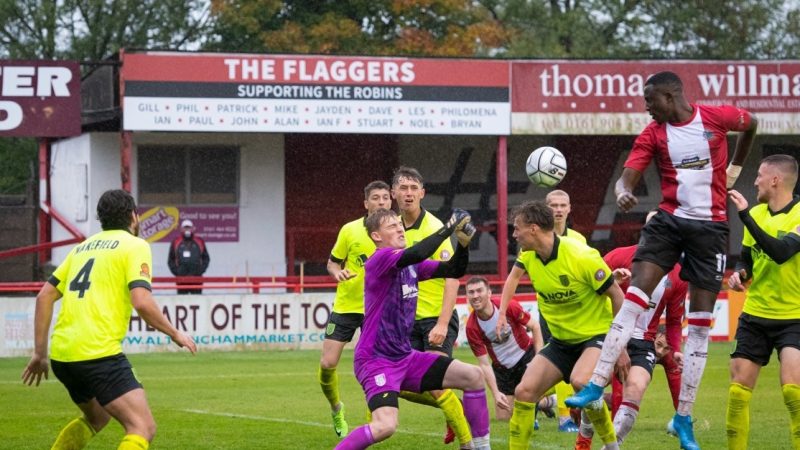 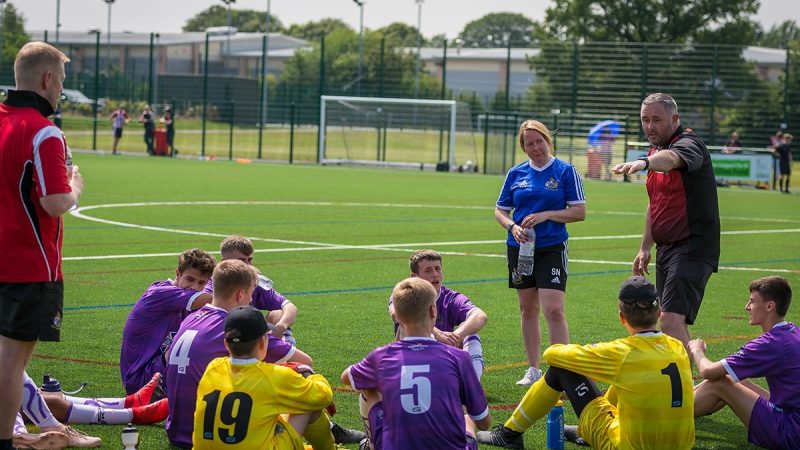