Pounds, shillings and pens! Alty fans at their finest 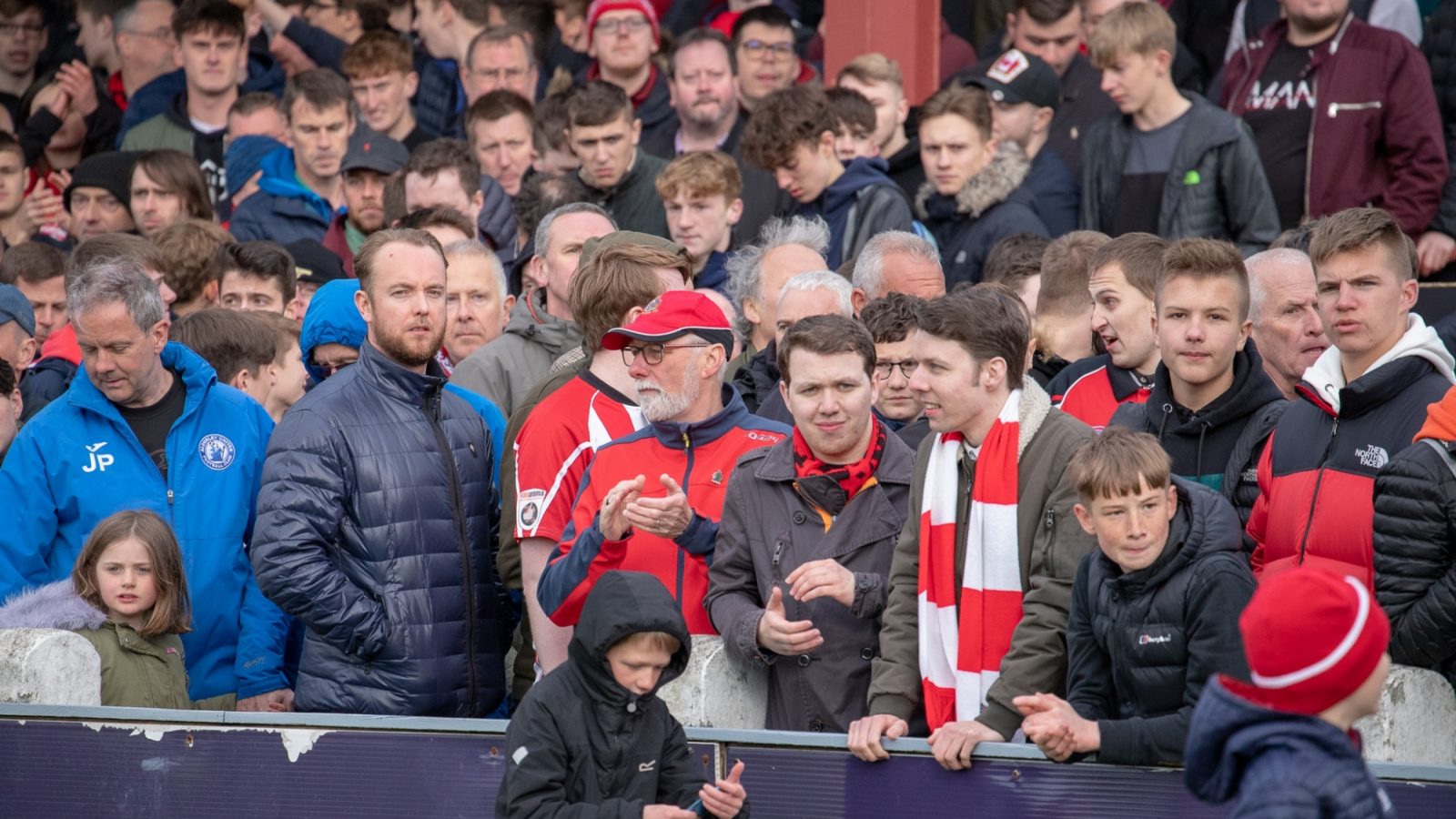 A trip down Memory Lane has helped make the future of Moss Lane more secure than ever after yesterday’s rerun of Altrincham’s epic play-off encounter with Blyth Spartans raised over £2,000 for club funds.

A magnificent tally of 160 Alty devotees donated a grand total of £2,250 to revel in the nerve-jangling drama of the Robins’ penalty shoot-out victory over the Spartans in an unforgettable eliminator 12 months ago.

Each subscriber donated between £5 and £20 to watch the drama unfold, and their generosity has helped boost the overall funds raised across all sources to over £25,000, an invaluable income stream for the club in the absence of gate receipts during the coronavirus lockdown.

As promised, a draw was made after the screening for a series of prizes, ranging from a free season ticket to a photo opportunity with manager Phil Parkinson, and the winners are listed below.

After marvelling at the fortitude of the players during a physically and mentally draining two-hour battle, the professionalism of the Alty TV broadcast accompanied by Radio Robins commentary and unfailing support of fans who continue to rally round the club in its hour of need, director Bill Waterson enthused:

‘I cannot emphasise enough just how blown away I am by the generosity and commitment of our supporters. This event alone raised more money than some Vanarama National League clubs, both North and National, have managed in total from their fundraising campaigns.

‘When you consider that one club reaching £1,500 last week made the front page of their local press, you realise the unstinting efforts of our fans really does constitute big news!!

‘These are telling comparisons that leave no room for doubt about the financial success of yesterday’s initiative. A total of 160 tickets sold and £2,250 raised is an absolutely outstanding result, a great effort all round. If there were a trophy for best fans in non-League, it would be heading towards The J. Davidson Stadium right now.

‘It was also a stirring reminder of how the players and management team rose to the challenge on the night, drawing on reserves of resilience and no little skill to overturn 2-0 arrears and holding their nerve to prevail in the shoot-out. What a night, and what excitement reliving it.

‘I think it’s also fair to say everyone’s enjoyment was enhanced by the brilliant banter between the players and fans in the chat room. It made it all the more special for supporters to be able to share in that, so thanks to Phil and the players for giving up their afternoon and contributing in that way.

‘Thanks also to Alty TV’s Mark Bennett for his hard work in producing this, and hats off as well to a brilliant media team, including Radio Robins commentators Alex Sarwar and Laurence Howarth and summariser John Edwards.

‘All in all, a great success, and I hope those whose names came out of the hat in the draw enjoy their prizes. A heartfelt thanks to all.’

The prize winners are:

Hospitality for two in the sponsors’ lounge - John Rouse