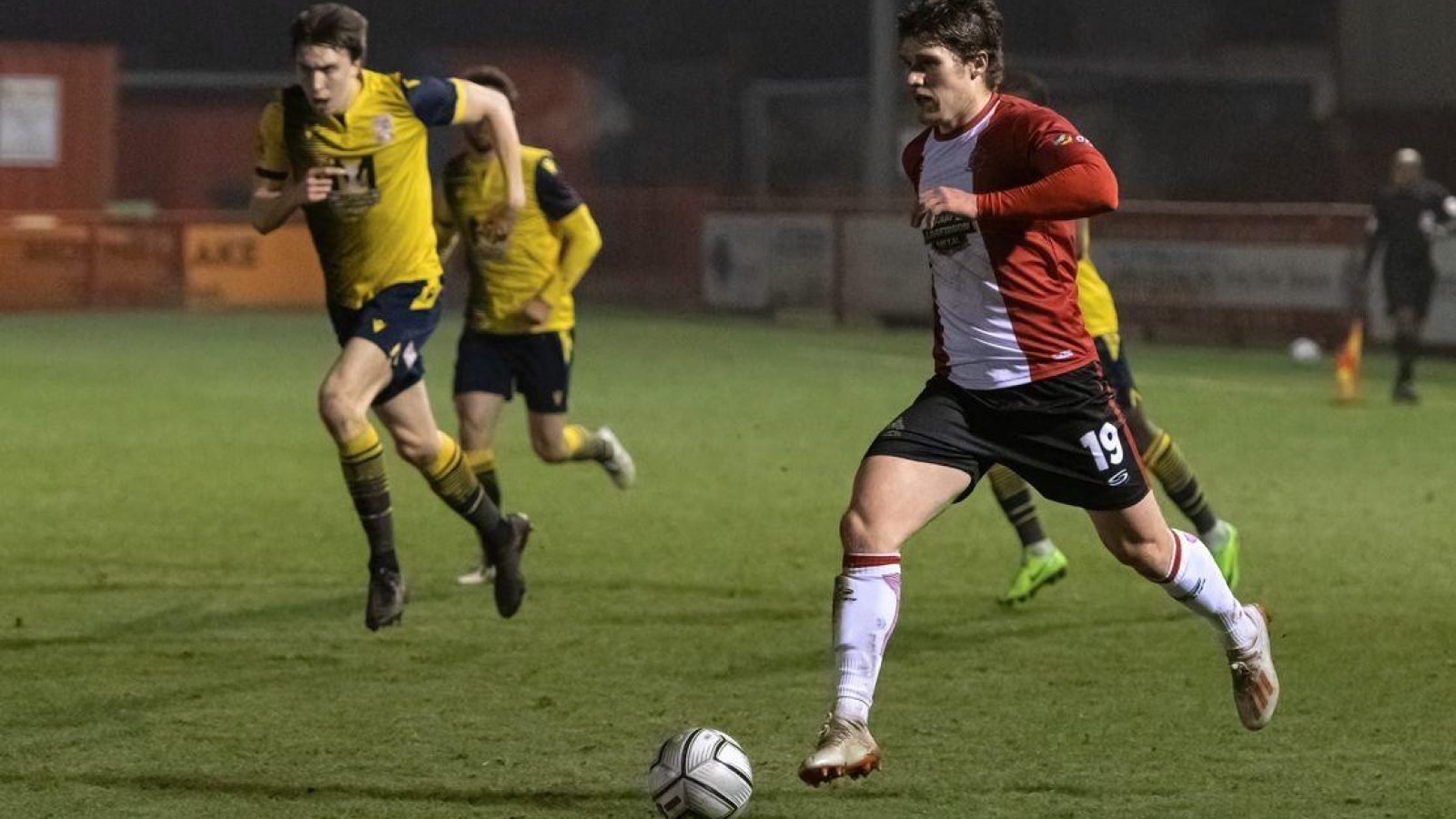 *Striding out .. Reagan Ogle goes on a trademark run. Picture by Michael Ripley.

Reagan Ogle's loan deal with Altrincham has been extended, and the Accrington Stanley full-back will now remain at The J.Davidson Stadium for the rest of this season.

The 21-year old defender arrived as part of a triple raid on the loan market by manager Phil Parkinson just over a fortnight ago, with centre-back Yoan Zouma and striker Montel Gibson also joining the Robins on a temporary basis.

He has played all 360 minutes of his four appearances since making his debut in the 1-0 home win over Woking and made a favourable impression with some solid defending and forceful runs down the left flank.

Now he will see out the campaign with Alty, and the club would like to express their gratitude to Accrington for helping to facilitate the extension.