Ref got it right, admits Phil, over decision that denied dominant Alty chance of last-gasp winner 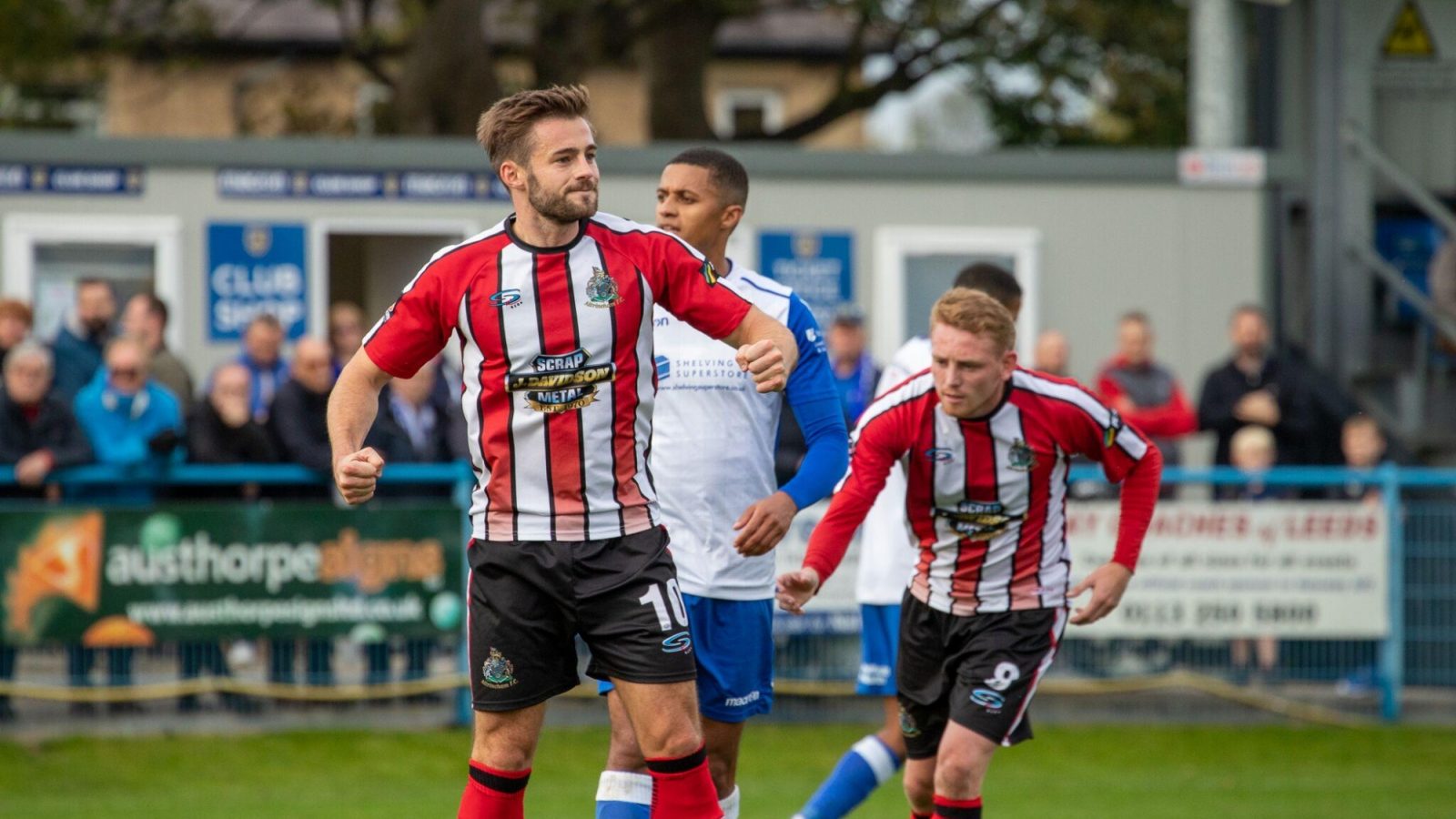 In a post-match interview with press and media officer John Edwards, manager Phil Parkinson reflected on a 1-1 draw at Guiseley that ended in controversy, when referee Andy Sykes waved away Altrincham appeals for a last-minute penalty, following a challenge on Max Harrop. Here are Phil's thoughts.

Q: A fair result, or did we do enough to have taken all three points?

A: The way we played in possession, I thought we were very good, really patient, and it was only a sloppy mistake that allowed them to score their goal. When you come away to a team a lot higher in the league, you expect them to come and try to have a go, but they didn’t, so we had to bide our time and create the openings. Everyone will be looking at the penalty shout at the end, but I have spoken to the lads and they think it was a fair challenge. From where I was, I felt their lad went through Max and then got the ball, but most of our players are saying it was a fair tackle. So I have been in to see the referee and linesman and apologised to them, as they took a bit of stick about it from us. I just told them I will disagree with you when I think you have got something wrong, but I have come in to eat humble pie, because you were right on this one, according to my players on the pitch. I still feel there were other decisions in the game that were not right, such as the foul on Tom Peers that could easily have been a straight red, rather than a yellow. A lot of the lads said that was the worst tackle they had seen this season. There was one on Jordan that was the same. I thought it was an interesting game and a great one for the neutrals. We dominated for about 70 minutes and then scored, but it became a bit end-to-end after that, which wasn’t what we wanted, because it becomes anyone’s game when that happens. I generally don’t like singling people out, but I thought James Jones was absolutely outstanding. For a 22-year old centre-back playing week-in week-out and hitting those sort of performance levels, I can’t believe a club higher up haven’t come in for him. I haven’t seen anything better in his position. He is comfortable on the ball, and he is great defending. He has really tightened up his game, and I thought he was a massive player for us today.

Q: We know all about his ability on the ball, and the way he brings it out, but he also has that long stride, hasn’t he, that enables him to get a saving tackle in whenever a pacey opponent looks as though he might just have got away?

A: He has, but he doesn’t rely on that, because he reads situations so well. That’s one thing he has done; he has really listened and taken things on board. I’m not saying we have turned James into this all-conquering centre-half, but he has listened to little nuggets of information, and that has really brought him on. He has a steely will to progress, and I’m sure that if he keeps performing like that, he won’t be with us much longer.

Q: It was a nice touch to go into the ref’s room and say sorry - I imagine he’s not exactly used to that! What did he say?

A: He said thank you. To be fair, if it’s all right for us to criticise refs over a mistake, then, when I’ve got it wrong, I have to be big enough to take it on the chin and admit it to him. That’s only right. I did run on at the end, because it was in the very last minute and I felt aggrieved. I didn’t shout and scream at him, but I did question the decision. The players did, as well. They were angry, but I feel it needs to be put out there that he got it right. When we got back in the changing room and talked it over, the majority of the players felt it was the right call. I’ll still watch it back though and may change my mind again. But unfortunately, at our level, the refs don’t have the luxury of VAR.

Q: What was the message at half-time, because for all our possession and pressure in the first half, there weren’t too many genuine scoring opportunities?

A: The message was really positive, because I felt we played well in the first half, though our end-product wasn’t great when we got in wide areas. We had identified they may be vulnerable from crosses, and I felt they were all day. I didn’t want to change what we were doing, because with the amount of possession we had and the way we were probing, it was always going to lead to something. We just needed to move it a bit quicker. We did that in the second half, and I felt we really opened them up at times. I truly hope the fans can see what I saw out there - a point away from home against a team we’ve never beaten away, sitting much higher in the table than ourselves. The lads left everything out on the pitch and played some really high quality stuff. I hope people don’t want to see the team sitting in defending the half, hoping for set-pieces and mistakes. I’m sure I’d be criticised for that. We are always trying to win games, and that’s harder than the latter option, I hope people can see that.

Q: It was a good spell of pressure leading up to the equaliser, wasn’t it, Tom Peers drawing a point-blank save from the keeper and Shaun Densmore following up on the overlap and being tripped to win the penalty?

A: It was, and I’d say Dens has been a revelation since coming back into the side. That just shows what competition does - he knows he has to maintain that to stay in. Tom was superb as well. He led the line brilliantly, but he knows nothing less will do, because Jordan is breathing down his neck. There are tough decisions to be made for next week against Southport in the FA Cup. There is a lot of money at stake for the club, so we will make the most of the week ahead and make sure we are properly prepared. That was just the sort of performance we needed, going into a game against Southport, because they will be very similar to what we faced today. They are an out-of-possession team who will look to counter us. I felt we were unlucky not to get something out of the league game there. They were better than us in the first half, but we did enough in the second half to have deserved something. I’m very much looking forward to going there next Saturday after a performance like this against a Guiseley team who are much improved this season and going well. There is no doubt about it - we’ll be massive underdogs going in to the game and they’ll be red-hot favourites to win, but we know we’re more than a match for anyone in this league on our day.

Q: It was important we didn’t leave empty-handed, wasn’t it?

A: It was, especially after that goal of theirs, which was devastating for us. They have not done anything, except one header against the bar from a set-piece. They haven’t hurt us, so to be 1-0 down after completely dominating the first half was tough to take. Their goal was unfortunate, in the way the ball deflected straight to an unmarked Guiseley player, but it was sloppy as well, because the pass should never have gone where it went. That was the only disappointing thing. I thought the lads showed bags of character and bravery to want to keep the ball and play.

A: Yusifu Ceesay should be back training with us in two weeks, so we’ll see how we go from there.