Revealed: 2021/22 Home, Away and Goalkeeper shirts 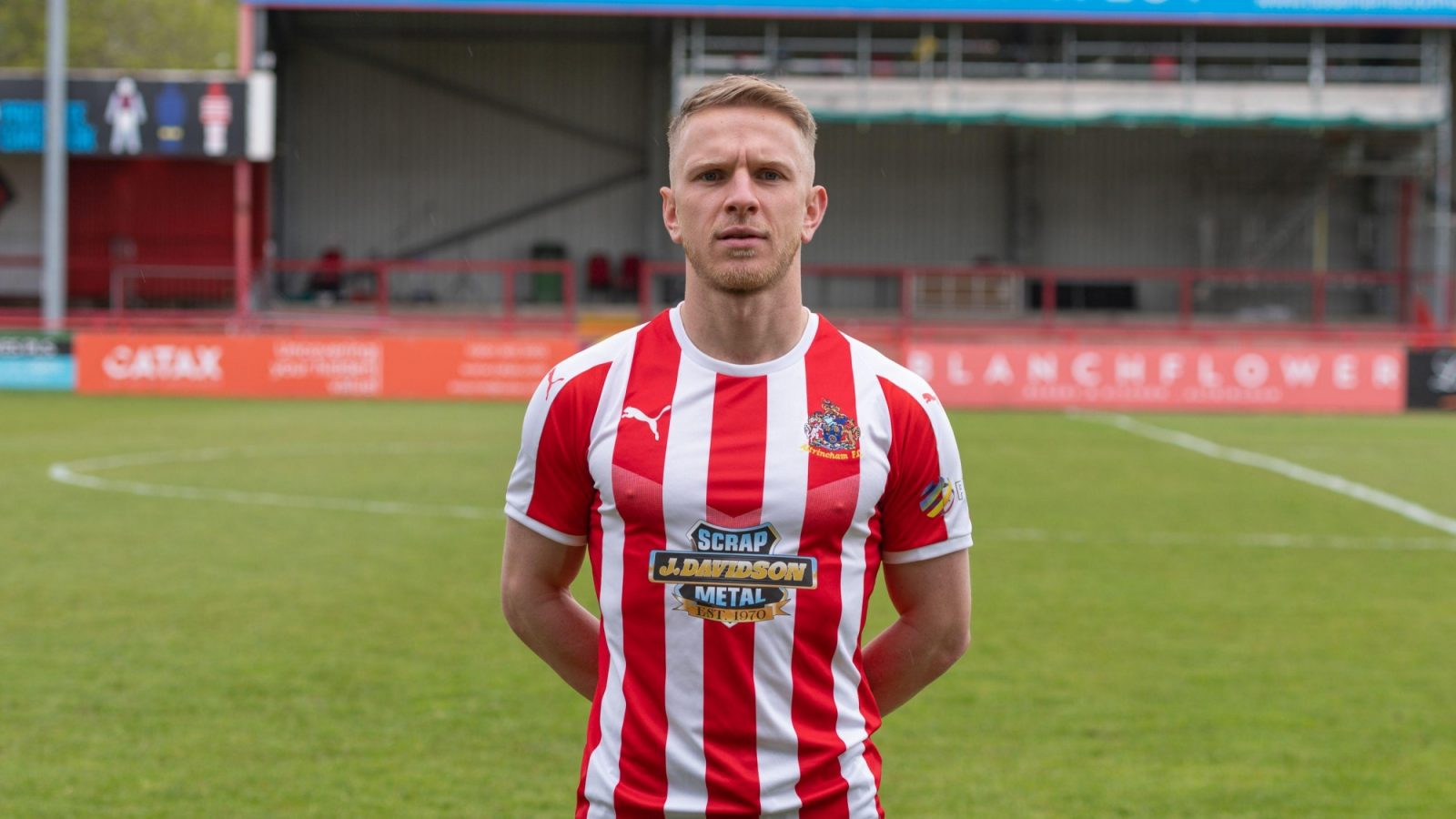 The Puma era at Altrincham is well and truly underway, and in keeping with the professional approach behind recent progress on and off the pitch, the club have produced a special video to mark the first kit launch with our new world-renowned commercial partners.

When the ground-breaking four-year deal with Puma was announced a couple of months ago, we described how work had already started on a new strip for next season and promised supporters a glimpse of how it would look.

The eagerly-awaited moment has finally arrived, and the club have endeavoured to do it justice by commissioning a video to unveil the colours that will be worn by Alty’s outfield players and goalkeepers, home and away, for the 2021-22 Vanarama National League campaign.

Shot in and around The J.Davidson Stadium, with the expert help of video specialists Nicholas Visuals, it shows a return to traditional red and white stripes, black shorts and white socks at home and a combination of yellow with blue trim, blue shorts and yellow socks on the road.

Home and away socks will both feature the word Alty on the rear of the calf, and manager Phil Parkinson’s squad can look forward to benefitting from the latest advancements developed by Puma to aid performance.

All new shirts will feature Puma’s dryCELL fabric, a moisture-controlling technology that draws sweat away from the skin and helps players keep dry and comfortable during games.

Supporters won't have long to wait to see and feel the difference for themselves, with the Puma range of replica shirts being available to purchase on next-day delivery this month. Alongside the replica kits, the new range of Altrincham Puma training wear will also be available, exclusive to AltyDirect.com.

All replica shirts will feature our club partners, J.Davidson, Mornflake and PES. All three businesses are great supporters of the club, and we are delighted to announce that they have all renewed shirt sponsorship for the forthcoming season. Look out for detailed updates on each of these renewals on Altrinchamfc.com in the coming weeks.

The video was shot on location in Altrincham and at The J.Davidson stadium by friends of the club and renowned creative video production company, Nicholas Visuals, who have produced similar shoots for the likes of Manchester City, Liverpool, Everton, LA Lakers, JD Sports and Boohoo.

Nicholas Visuals were supported by sports and lifestyle photographer, Richard Lister, along with club photographer Michael Ripley, who was on hand at the stadium to capture some additional shots, such as the one you see in the article thumbnail.

Reflecting on another eye-catching development in the club’s fortunes, Alty director John Coyne had the following to say:

"We are delighted to finally show supporters the new Puma shirts, and there will be more to come with our wide range of training wear that I'm confident our supporters will really like.

“We'll be launching the entire Puma collection for sale later this month, once the stock arrives at the club, rather than via pre-order. Orders will then be available for quick dispatch.

“I'd like to place on record our thanks to Martin Ivison at Puma, who has shown tremendous patience as we finalised our playing and training kit choices for next season

“I'd also like to give a big mention to Aaron and Ryan Nicholas, our good friends at Nicholas Visuals, along with Richard Lister. They work with the biggest names in sport yet, as local lads, have taken the time to buy into our vision for the club, and we are delighted with what they have produced."