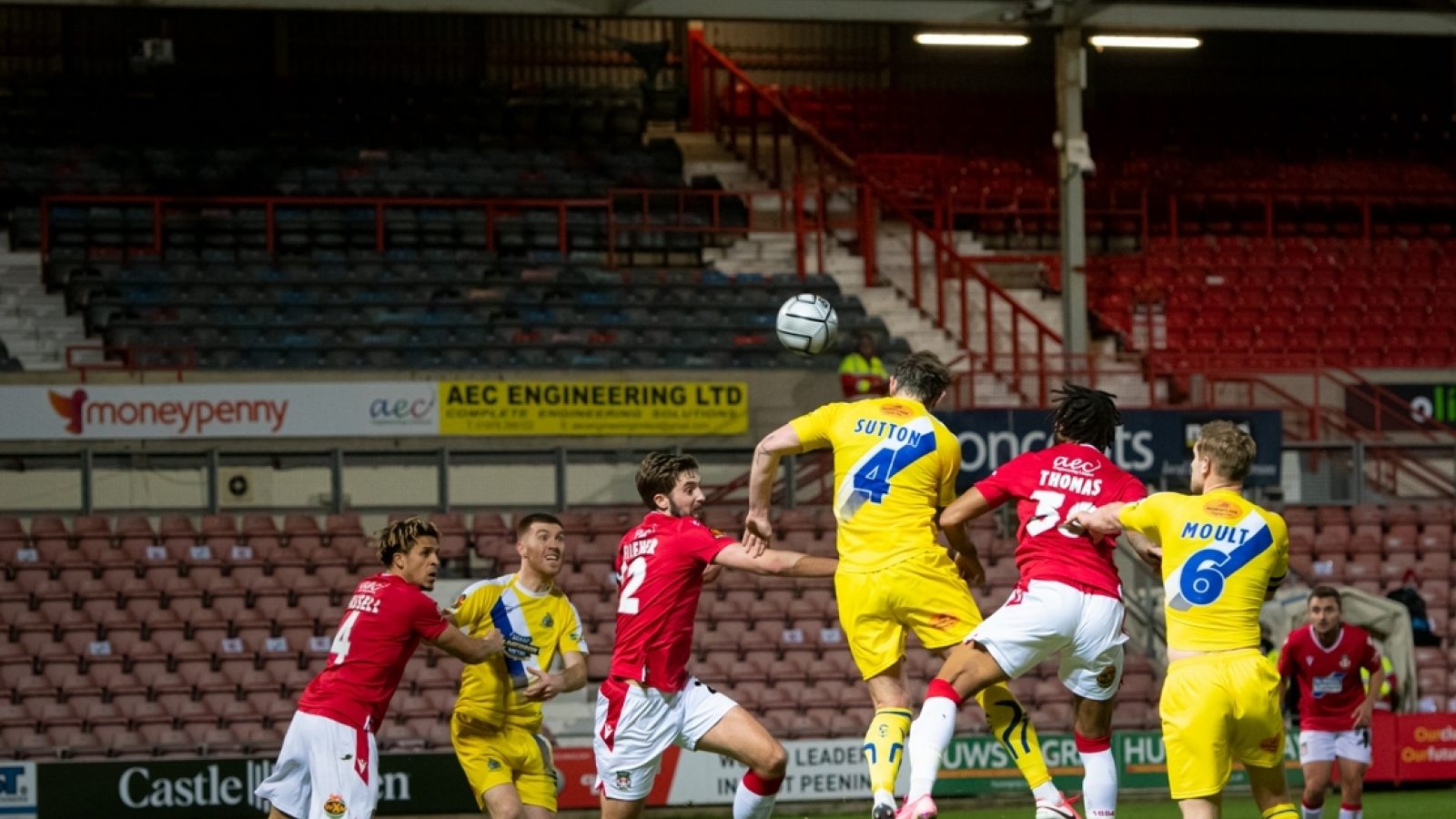 Ritchie stunned Wrexham with this header that turned out to be the only goal of the game in a superb win at Wrexham in December. Photo by Michael Ripley.

Ritchie Sutton has joined Alfreton Town on a month's loan in a move that will give him the chance to play Vanarama National League North football and maintain his fitness levels.

Altrincham's vastly-experienced central defender has linked up with Billy Heath's squad in time for their home game with AFC Telford United tomorrow in an arrangement that is subject to National League and FA approval.

It is a move that should benefit both parties, with Ritchie short of game time, after just one Alty appearance as substitute this season, and Alfreton needing someone of his experience and know-how to steady the ship after a difficult start to the campaign.

Reds boss Heath will be hoping the 35-year old's organisational skills and defensive resilience will have the desired effect on a squad that includes former Alty midfielder Conor Branson, who can also play at the back.

Alfreton are just two places off the foot of the table after taking three points from five games so far, their solitary success being a 3-2 win at bottom side Darlington a week last Saturday.

In their latest National League North fixture, they suffered an agonising 3-2 defeat at Chester, as the home team's 10 men snatched the points in dramatic style with an injury-time headed goal by Dan Cowan.

Signed by Alty after leaving Morecambe in June last year, Ritchie has made 19 appearances for the Robins and scored two goals, including a memorable bullet header from a Matty Kosylo corner that was enough to secure a 1-0 win at Wrexham last December.

In other news, promising young Alty defender Will Hall has made such a favourable impression at Ramsbottom that his loan spell at the promotion-chasing Northern Premier League Division One West side has been extended for a further month.

All the best for a successful stint at the Impact Arena, Ritchie, and well done, Will, keep it up at the Harry Williams Riverside Stadium!